CHICAGO — Adding “over-21” beverages to meat and poultry is a common practice by culinary professionals as well as the home cook. Think Cabernet-braised short ribs and beer brats. The alcohol in these beverages not only adds flavor, but also assists with tenderizing protein.

On an industrial level, formulators are challenged when it comes to flavoring foods with real “drinkable” alcoholic beverages, as the off-the-shelf product is highly regulated. State regulations, for example, limit how much alcohol can be used to formulate packaged foods. The Bureau of Alcohol, Tobacco and Firearms, a federal agency, requires special taxes to be paid on alcohol, as well as have food formulas approved. Because dealing with regulatory agencies can be time consuming and costly, product developers often try to trick consumers into thinking they are tasting “the real thing.” This can be accomplished in a variety of ways. Before a formulator chooses an approach, the marketing department must decide what type of language is desired on product labels.

Should the meatballs be called “Merlot-flavored” or should they be flagged as “made with real Merlot?” If “Merlot-flavored,” or something similar is acceptable, the easiest and least expensive approach is to use a flavor extract or concentrate. Depending on the application, it might be necessary to use a flavor sensation system that provides the familiar alcohol burn and tingle that somewhat dries the mouth.

Suppliers offer complex liquor flavor systems such as ancho pepper with tequila, Tuscan tomato and pepper vodka, and oak barrel-aged whiskey with sweet maple flavor. Some systems contain particulates while others are pure liquid concentrates, which may be dried into a powdered format.

Sometimes flavors are used along with ingredients that are very close to the real thing. What this means is that products can be labeled as being made with the real thing, but a food manufacturer does not need to worry about having any employees sneaking tastings. This is because formulators are choosing denatured alcoholic beverages. These contain ingredients such as garlic, onion or salt in concentrations that render them unsuitable for drinking. Denatured liquors are also exempt from state and federal taxes.

Salt denaturation is the most common and often the easiest to work with, as the formulator simply adjusts the salt content of the formulation to account for the salt in the alcohol. To retain as much flavor as possible, it is best to add the denatured liquor as late in the process as possible. Some finished products may contain some alcohol, unless they are heat processed. As long as the alcohol content is less than 0.5%, no alcohol content declaration is necessary. 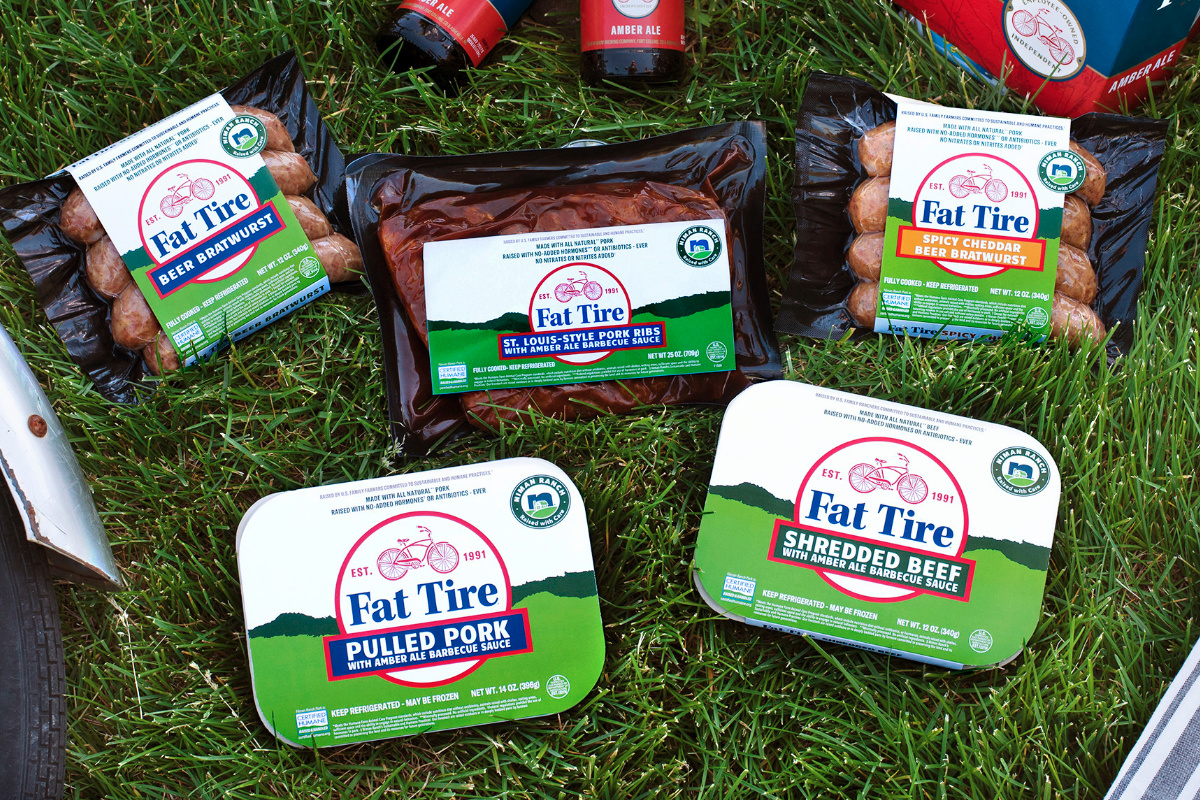 If it is important that no alcohol be present, yet authentic flavor is desired, some suppliers offer reduced alcohol ingredients that are around a 10-fold concentration of the original product. With these ingredients, all of the alcohol and a lot of water have been cooked off. The result is a cost-effective, highly flavorful ingredient.

Meat and poultry processors are employing a number of techniques to deliver creative “over 21” flavors. New Belgium Brewing and Niman Ranch, for example, have teamed up to offer sustainably raised meat with award-winning craft beer taste. The American amber’s sweet biscuity aroma and subtle notes of fresh fennel and green apple complement Niman Ranch’s pork and beef resulting in a line of well-balanced smoked and prepared meats.

Earlier this year, Coleman Natural Foods and Budweiser, a brand of Anheuser-Busch, launched fully cooked pork products being sold as the Budweiser BBQ Collection. The new products are made with all-natural ingredients and no-antibiotics-ever pork, raised crate-free and fed an all-vegetarian diet with no animal by-products. 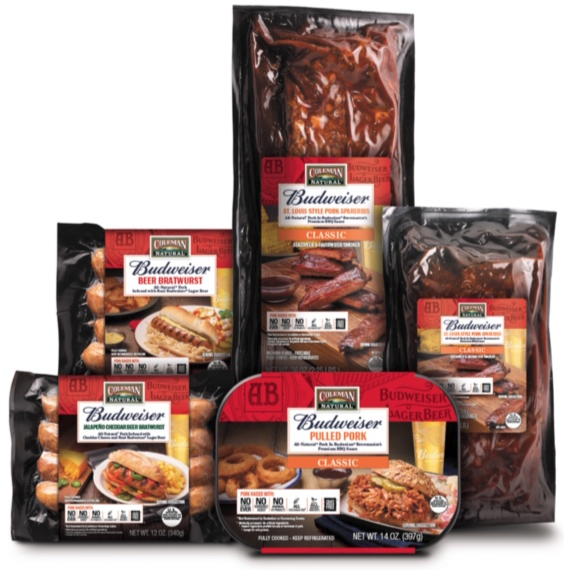 “The alcohol cooks off,” said Joe McGowen, owner of Booze Dogs, who spent seven years developing the specialty meat brand before getting approval to sell them from the U.S.D.A. in 2017.

Mr. McGowen’s efforts went into play after a conversation with a friend who was interested in opening a hot dog stand.

“While we were talking about toppings, I suggested infusing the hot dogs with liquor for a unique experience,” Mr. McGowen said.

The bourbon-infused meats deliver the tastes of charred oak casks. The gin-infused products have an earthy base of juniper and notes of lemon zest while the rum-infused offerings capture the sweetness of sugarcane as well as molasses, hints of cinnamon and nutmeg.

The smoked, small batch, pork bratwursts and hot dogs are marinated in real booze with no synthetic flavoring. They are precooked and delivered frozen. Just thaw and heat. The burgers are marinated with real booze as well and are shipped frozen. They require thorough cooking before consumption.