We use cookies to provide you with a better experience. By continuing to browse the site you are agreeing to our use of cookies in accordance with our Cookie Policy.
Skip To Content
Home » The Impossible Burger makes maiden voyage into retail

REDWOOD CITY, CALIF. — Impossible Foods is making its first foray into retail. On Sept. 20, the plant-based Impossible Burger will debut in all 27 outlets of Gelson’s Markets in Southern California. The retail roll-out marks the first time that consumers will be able to buy the product.

“Our first step into retail is a watershed moment in Impossible Foods’ history,” said Nick Halla, senior vice-president of Impossible Foods and overseer of the company’s retail expansion. “We’re thrilled and humbled that our launch partners for this limited release are homegrown, beloved grocery stores with cult followings in their regions.”

Since its debut in July 2016, the Impossible Burger has been adopted onto menus in more than 17,000 locations, including Burger King, White Castle, Little Caesars, Qdoba, Cheesecake Factory and Red Robin restaurants.

“Three years ago we introduced plant-based meat to top chefs in America’s most important restaurants,” said Patrick O. Brown, founder and chief executive officer of Impossible Foods. “They consistently told us that the Impossible Burger blew them away. We can’t wait for home cooks to experience the magic — whether using Impossible Burger in their family favorites or inventing new recipes that go viral.” 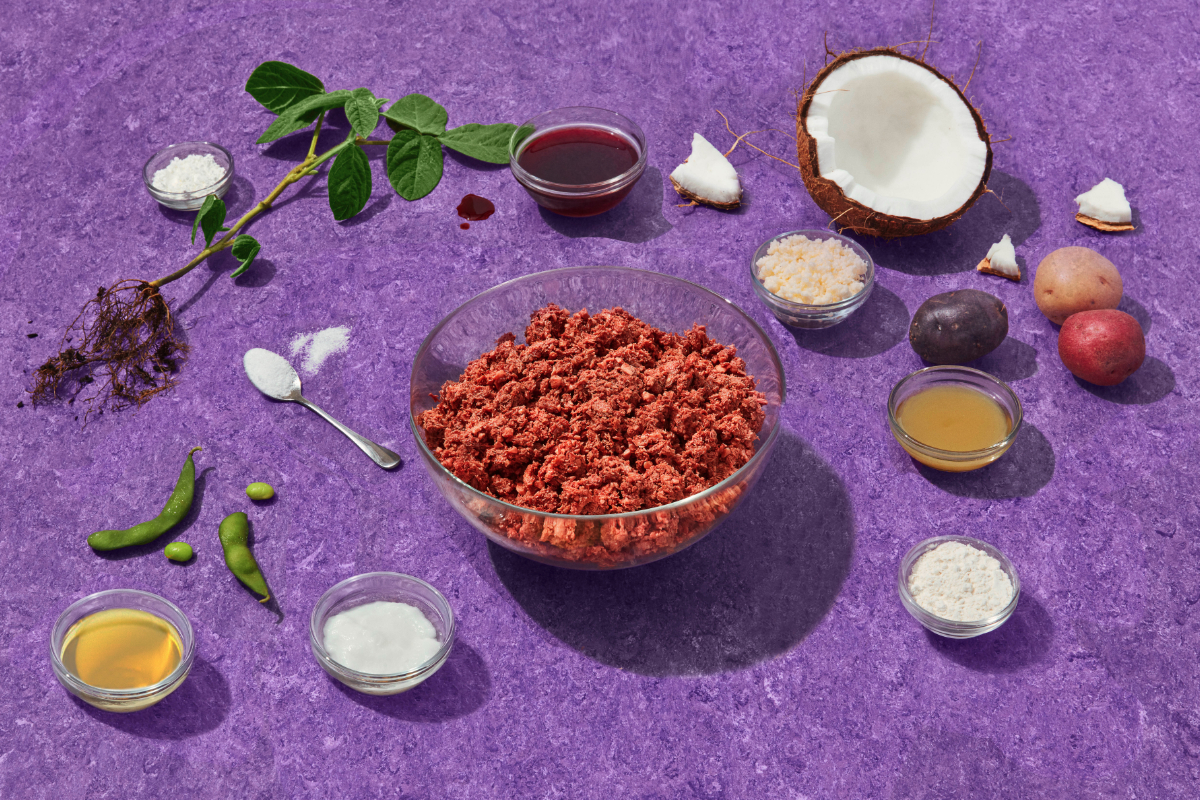 The Impossible Burger is a plant-based and bioengineered meat alternative that is designed to rival ground beef from cows in taste, nutrition and versatility.

The burger’s crucial ingredient is leghemoglobin, or “heme,” which gives the Impossible Burger its bleeding attribute and creates the flavor in raw and cooked product. Heme reacts with the proteins, amino acids, sugars and vitamins in the blend.

Made with soy protein and free from gluten, animal hormones and antibiotics, the burger is both kosher- and halal-certified. With as much bioavailable iron and protein as a comparable serving of ground beef from cows, a 4-oz serving of Impossible Burger contains 0 mg of cholesterol, 14 grams of total fat, 8 grams of saturated fat and 240 calories.

The Impossible Burger generates about 87% fewer greenhouse gases, the company said, and it uses 75% less water and requires about 95% less land than conventional ground beef.

Impossible Foods produces its plant-based burgers and other products at the company’s 68,000-square-foot production plant in Oakland, Calif.