We use cookies to provide you with a better experience. By continuing to browse the site you are agreeing to our use of cookies in accordance with our Cookie Policy.
Home » Opportunities to reduce sugars add up

Opportunities to reduce sugars add up

KANSAS CITY — Expect Americans to become more aware of added sugars, and in turn claims of no added sugars, next year. The Food and Drug Administration on Jan. 1, 2020, will begin mandating the listing of added sugars on the Nutrition Facts Label.

Effectively reaching claims of no added sugars is achievable, though sometimes difficult, in various foods and beverage categories, including indulgent applications like confectionery, ice cream and sweet baked foods. This year a “rare” sugar called allulose became another ingredient to help achieve such claims, joining natural high-intensity sweeteners like stevia and monk fruit, fibers like inulin, and polyols like erythritol.

The F.D.A. defines added sugars as sugars that either are added during the processing of foods or as packaged as such. Added sugars include sugars (free, mono- and disaccharides), sugars from syrups and honey, and sugars from concentrated fruit or vegetable juices that are in excess of what would be expected from the same volume of 100% fruit or vegetable juice of the same type.

A FONA International 2019 report found 73% of those surveyed said the claim of “no sugar added” is important. More than 30% of respondents in the International Food Information Council Foundation’s 2019 Food and Health Survey said they were using the Nutrition Facts Label to choose products with less sugar.

Sugars, including added sugars, are becoming more prominent in consumer surveys from Tate & Lyle, P.L.C., said Abigail Storms, vice-president of sweetener platform innovation for Tate & Lyle and based in Hoffman Estates, Ill. The surveys previously showed people considered calories as the most important item in product labels, but the trend has changed over the past year to 18 months.

“They are now looking at calories and sugar with equal importance or equal priority on the label,” she said.

Consumers notice reductions, like 10% or more, in calories and sugar across all food and beverage categories, she said. 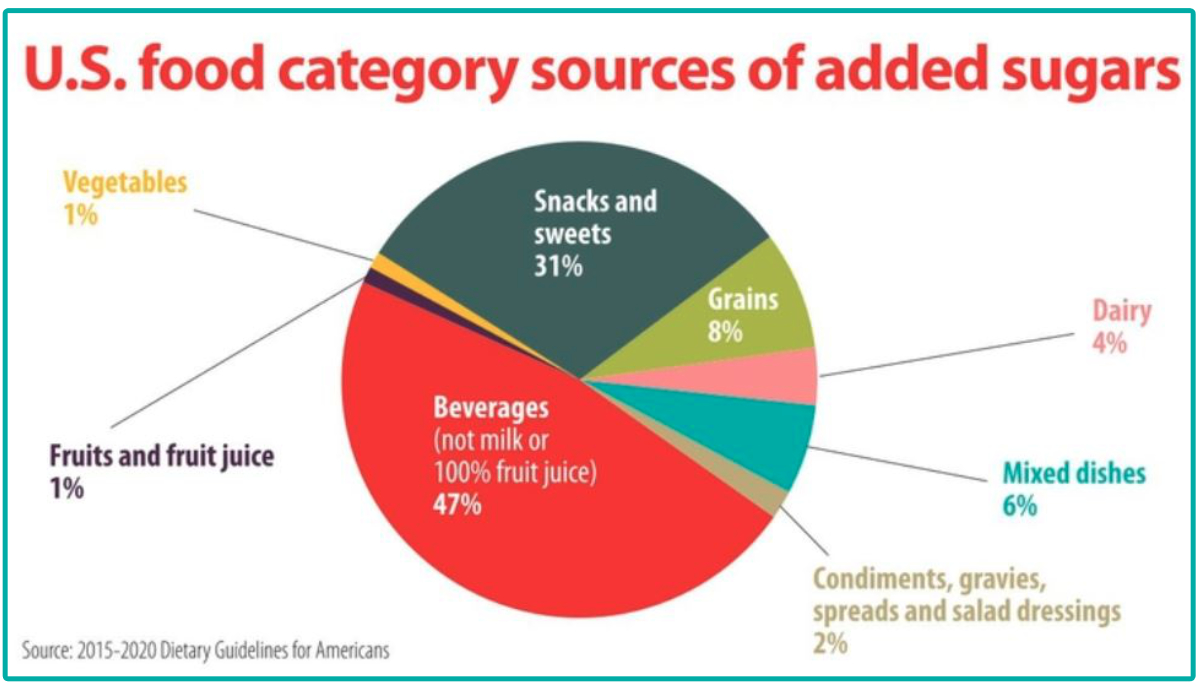 “We believe that beverage, baking, dairy and confectionery are the big four (categories) where there is a significant amount of sugar added to foods and where companies are working to reduce sugar,” said James M. Carr, Ph.D., director of global ingredient technology for sweeteners for Tate & Lyle and based in Hoffman Estates.

“In many cases, a combination of these ingredients is often needed to achieve the no-added-sugar claim, based on the appropriate usage level of each ingredient and any ingredient restrictions (for clean label, non-G.M.O., organic),” he said.

Recent regulatory action made allulose a more likely option. The F.D.A. in April said it would exercise enforcement discretion to allow allulose to be excluded from the total and added sugars declarations on the Nutrition Facts and Supplements Facts labels. Allulose has fewer calories, produces only negligible increases in blood glucose or insulin levels, and does not promote dental decay, according to the F.D.A.

Tate & Lyle markets allulose under the Dolcia Prima brand. Ingredion markets Astraea allulose across the Americas through a relationship with Matsutani Chemical Industry Co. Ltd., which is based in Japan. Allulose is a monosaccharide from rare sugars, which exist in nature in small quantities, according to Ingredion.

“There are candy items currently on the market that make the claim of no added sugar,” Mr. Shinsato said. “These include some chocolate and non-chocolate chewy candies. Attention must be paid to the Nutrition Facts Label and ingredient declaration to determine if the product is no-sugar-added or sugar-free. This should become clearer when the regulations take effect in 2020. Additional claims or statements may be tied in with no-added-sugar claims, including no sugar alcohols, a specific amount of grams of sugar per serving and a reduction in calories. This is where ingredient selection can be a challenge.” 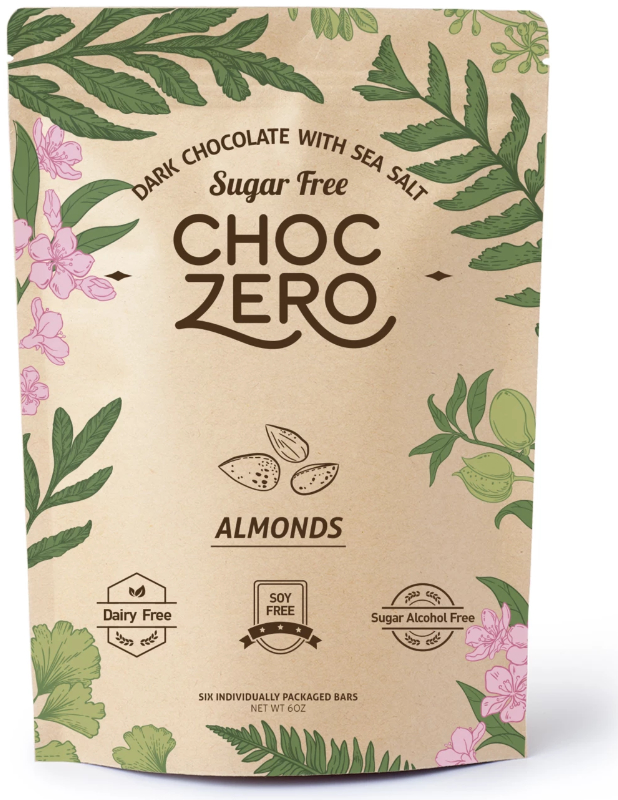 “However, it is less sweet than sugar, so other high-intensity sweeteners such as stevia or artificial sweeteners may be needed,” he said.

Maltitol syrups with low maltitol content are an option for applications like hard candy, chewing gum and gummies. Polyglycitol, which is primarily a mixture of maltitol and sorbitol, often is used in combination with isomalt in sugar-free, hard-boiled candy. Erythritol may be used in chewing gum, fudge, chocolate, compressed candy like breath mints, fondants and gummies.

“It delivers a clean, sweet, taste profile similar to sugar, and it replaces sugar’s bulk at a one-to-one ratio,” Mr. Nana said.

Inulin, which can be up to 60% as sweet as sucrose, also may play a role in confectionery with no added sugar. Frutafit inulin and Frutalose oligofructose have been shown to replace sucrose and glucose syrup, said Marjan Nouwens, technical sales manager at Sensus, Roosendaal, The Netherlands. The company developed recipes with no added sugar for chocolate, caramels and soft gummies.

Allulose is making it less difficult to create baked foods with no added sugar, Dr. Carr said. Sugar has many different functionalities in baked foods. It helps with texture, color and microbiological stability.

“The biggest challenge is delivering that cost effectively and with a final texture and performance similar to an equivalent product made with sugar or perhaps a bulk sweetener syrup,” he said.

Allulose, which is 70% as sweet as sugar, delivers browning properties and has a sugar-like taste, he said. It works well with other sugar replacement ingredients and may be combined with polyols, high-intensity sweeteners and fiber or other bulking agents.

Inulin may be used in baked foods, including biscuits or muffins, with no added sugar, Ms. Nouwens said. Inulin also may be incorporated in baking mixes. Frutalose inulin and Frutalose oligofructose also may increase fiber in sweet baked foods.

Ice cream created without added sugars was available for purchase in Chicago this summer courtesy of PureCircle, a stevia supplier based in Chicago. The company offered ice cream sweetened with stevia in food trucks in the city. The ice cream uses a proprietary blend of next-generation stevia leaf ingredients, featuring the steviol glycoside Rebaudioside M, said Magomet Malsagov, chief executive officer of PureCircle. The blend also contains erythritol and inulin.

“We have launched this ice cream to demonstrate both our confidence in the great taste of next-generation stevia sweeteners and also our unique expertise in formulating with these stevia leaf ingredients to create delicious food and beverage products,” he said.

Dr. Carr said problems arise in low-calorie frozen desserts with reduced sugar because they may lack some of the textural properties and indulgent characteristics of full-calorie frozen desserts. Allulose helps in freezing point depression, textural properties and a creamy mouthfeel in such products. Allulose has no issues with solubility, which is a problem with certain polyols that tend to crystallize at frozen temperatures, he said.

New sweeteners with steviol glycosides are making it simpler to reduce added sugars in beverages as well. Beverages, not including milk or 100% fruit juice, account for 47% of the added sugars in Americans’ diets, according to information published within the 2015-2020 Dietary Guidelines for Americans.

SweeGen, Rancho Santa Margarita, Calif., this year received a letter of no objection from the Food and Drug Administration on the Generally Recognized As Safe (GRAS) status of its Bestevia Rebaudioside E stevia leaf sweetener for use in foods. Reb E is the main component of SweeGen’s Bestevia e+, which was created specifically for alcoholic and non-alcoholic beverages. Bestevia e+ also has been shown to reduce sugars in other category applications, including dairy, sports nutrition, condiments and bakery.

Cargill creates its EverSweet sweetener, which includes the steviol glycosides Rebaudioside M and Rebaudioside D, through the fermentation of baker’s yeast.

“While these glycosides are rare in the stevia plant, we produce them via fermentation, creating a cost-efficient, great-tasting sweetener, produced with the environment in mind,” said Vince Cavallini, beverage, dairy and convenience foods application manager for Cargill.

The nutritional benefits of inulin and oligofructose, combined with their high solubility, neutral taste and appearance, make them attractive ingredients for use in beverages, said Ms. Nouwens. Fiber source claims may be achieved.

“It is possible to achieve 100% no added sugar in fruit-flavored drinks that do not contain any fruit juice,” he said.

In beverages, allulose may be combined with high-intensity sweeteners, including stevia and monk fruit that both come from natural sources, Dr. Carr said. Allulose, which has an upfront sweetness, may help in alleviating late-sweetness onset or potential sweet lingering of high-intensity sweeteners. In juice drinks, mouthfeel may be needed when sugar is taken out. Allulose may provide that mouthfeel along with a sugar-like taste.

“In nearly every case, if you can improve sugar and calorie count, replace them by meaningful amounts, you will definitely improve the overall perception of that label and likely also improve purchase intent,” she said.