We use cookies to provide you with a better experience. By continuing to browse the site you are agreeing to our use of cookies in accordance with our Cookie Policy.
Skip To Content
Home » Jack Link’s launching innovation to expand meat snack market

ATLANTA — Just over half of U.S. households purchase meat snacks. The parent company of Jack Link’s and Lorissa’s Kitchen is expanding its portfolio with new flavors and forms to draw more consumers to the category.

The meat snack manufacturer is tapping into market trends to appeal to a broader population. The newest innovations were on display at the National Association of Convenience Stores’ 2019 NACS Show, held Oct. 1-4 in Atlanta.

“When we ask people about what they’re looking for in a snack — low sugar, high protein, low carbs — we have all of these things, but we just haven’t been in the format or presentation that makes it relevant,” Mr. Dixon told Food Business News.

The insight led to the launch of Jack Link’s beef bars, made with slow-smoked, dried and seasoned beef in original, teriyaki and cracked pepper flavors. The products contain 70 calories and 8 grams of protein. The company has unveiled a pair of new beef bar flavors — sweet habanero and blackberry barbecue — and new chicken bars in rotisserie and spicy varieties.

“We’ve used the same process (as our strips)… but now we’ve put it in a format that people understand,” Mr. Dixon said. “Everybody understands a granola bar… Now when we present it like this, people are like, ‘Oh, that makes total sense. I can pop that in my gym bag.’” 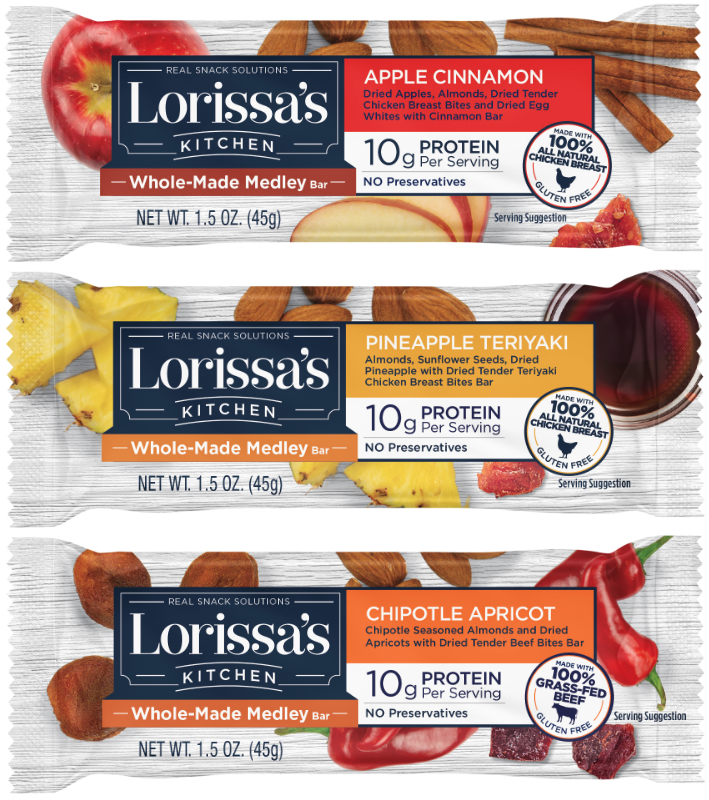 “Mom is a big consumer and a big target for us,” Mr. Dixon said. “We know Jack Link’s may not ever be able to talk to mom in the way she wants, but Lorissa’s Kitchen absolutely can, because Lorissa’s Kitchen is all about a busy mom making products for busy moms.”

Lorissa’s Kitchen offers meat strips, cuts, bites and sticks made with grass-fed beef, chicken or turkey in flavor profiles such as Korean barbecue, ginger teriyaki, herb-roasted and Szechuan peppercorn. The new bars are the first “non-meat-forward” product from the company, Mr. Dixon said.

“Meat’s in it; it’s a complementary part, but it’s in the backseat,” he said. “It’s the first time we’ve done that.”

Another product line featured at the NACS Show was Jack Link’s Cold Crafted, which are refrigerated combinations of meat and cheese. The newest addition to the Cold Crafted line is the Linkwich, a breadless sandwich in three varieties: hard salami and Colby jack, hard salami and cheddar, and genoa salami and pepper jack.

“We recognize that there’s going to be a group of consumers that no matter what packaging format or whatever we did were just never going to have shelf-stable meat,” Mr. Dixon said. “So, we launched Cold Crafted and created that whole line to be able to go after people who are already shopping the perimeter. That was a big undertaking for us as an organization because we had to not only create the manufacturing, but we had to create the cold distribution chain.” 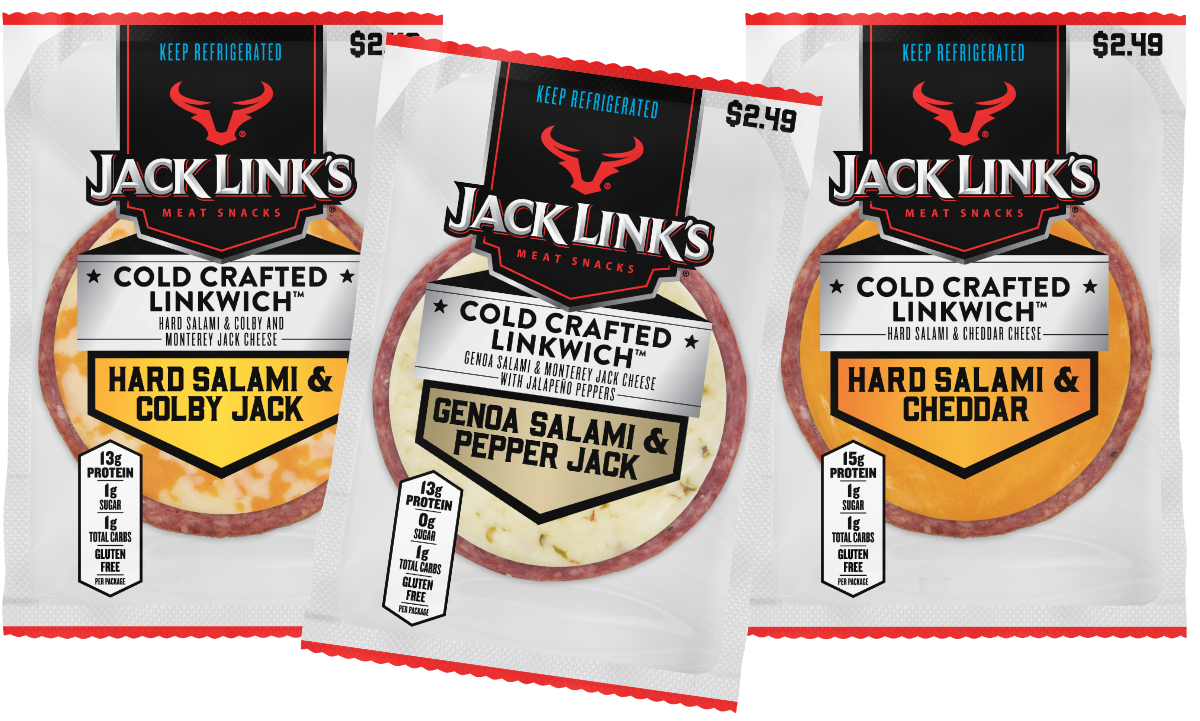 Other new products include a wild heat beef jerky, based on demand for extreme flavors, and a zero-sugar beef jerky, formulated for followers of the popular ketogenic and paleo diets.

Another trend that may influence the company’s product development is the rise in plant-based eating.

“We do believe it’s a trend that is here to stay,” Mr. Dixon said. “We are going to participate in a different way. We’re still evaluating what that is.”

The Jack Link’s brand is planning to poke fun at the trend. Mr. Dixon hinted at a marketing campaign early next year for Jack Link’s featuring “non-vegan” messaging.

“You won’t see a Jack Link’s non-meat jerky; Jack Link’s is about meat,” he said. “But as an organization we recognize that we need to have offerings that cater to that consumer, for sure. So, we’re investigating it… We will be competing in that area.”