We use cookies to provide you with a better experience. By continuing to browse the site you are agreeing to our use of cookies in accordance with our Cookie Policy.
Home » F.D.A. looms over growing C.B.D. market

LAS VEGAS — The potential of cannabidiol (C.B.D.) as an ingredient seems bright, according to speakers in an Oct. 19 education session at SupplySide West in Las Vegas, even though the U.S. Food and Drug Administration has the authority to cast a figurative dark cloud over the category.

Functional ingredient sales growth of C.B.D. through U.S. retail outlets reached $185.1 million in the 52-week period ended Aug. 11, more than triple the $47.2 million in the previous 52-week period, according to SPINS, L.L.C., a wellness-focused insights firm. Total U.S. C.B.D. product sales may reach $20 billion by 2024, which would be nearly five times the projected $4.1 billion in 2019, according to BDS Analytics, which provides data on cannabis, including C.B.D. products.

The enthusiastic market reports come even though an F.D.A. law could disrupt sales.

“The F.D.A. position, for now, is C.B.D. cannot, absolutely cannot, be used as an ingredient” in a dietary supplement, food or beverage, said Todd Halpern, a partner with Venable L.L.P., in the Oct. 19 education session.

The F.D.A. said the ruling applies to C.B.D., a hemp extract, because it is an active ingredient in an F.D.A.-approved drug and was the subject of substantial clinical investigations before C.B.D. was marketed as food or dietary supplements.

“The F.D.A. hasn’t really enforced this all that vigorously,” Mr. Halpern said.

Companies that made a disease claim about the C.B.D. in their products have received F.D.A. enforcement letters, he said.

“The F.D.A. position, for now, is C.B.D. cannot, absolutely cannot, be used as an ingredient ... The F.D.A. hasn’t really enforced this all that vigorously." — Todd Halpern, Venable L.L.P.

Food, beverage or dietary supplement companies using C.B.D. in their products might be more wary of the pharmaceutical industry.

“It (the pharmaceutical industry) doesn’t want to spend billions of dollars in developing a drug and go through the regulatory process and then have a dietary supplement company come in and ride on its coattails into the market,” he said.

C.B.D., since it is a hemp extract, was affected by the U.S. Agriculture Improvement Act of 2018, also known as the farm bill, enacted last December. It removed hemp from the Controlled Substances Act. Hemp in the United States now is defined as cannabis and cannabis derivatives that contain no more than 0.3% concentrations of the psychoactive compound delta-9-tetrahydrocannabinol (T.H.C.). More than that amount means the substance is marijuana.

Senator Mitch McConnell of Kentucky has added provisions in a Senate Agriculture Appropriations bill that could benefit the regulatory status of C.B.D., Mr. Halpern said. A measure in the provisions encourages the F.D.A. to issue formal enforcement direction guidance for C.B.D. products that would remain in place until the F.D.A. finalizes a permanent legal pathway.

SPINS lists three main reasons for the recent increase in C.B.D. sales. One is increased consumer awareness, said Perteet Spencer, a principal of the Strategic Partners Group for SPINS. Another is an influx of supply, both from production and distribution.

“You’re starting to see broader retailers with larger footprints get on board,” she said.

A third reason is investors making “big bets” in the C.B.D. space. 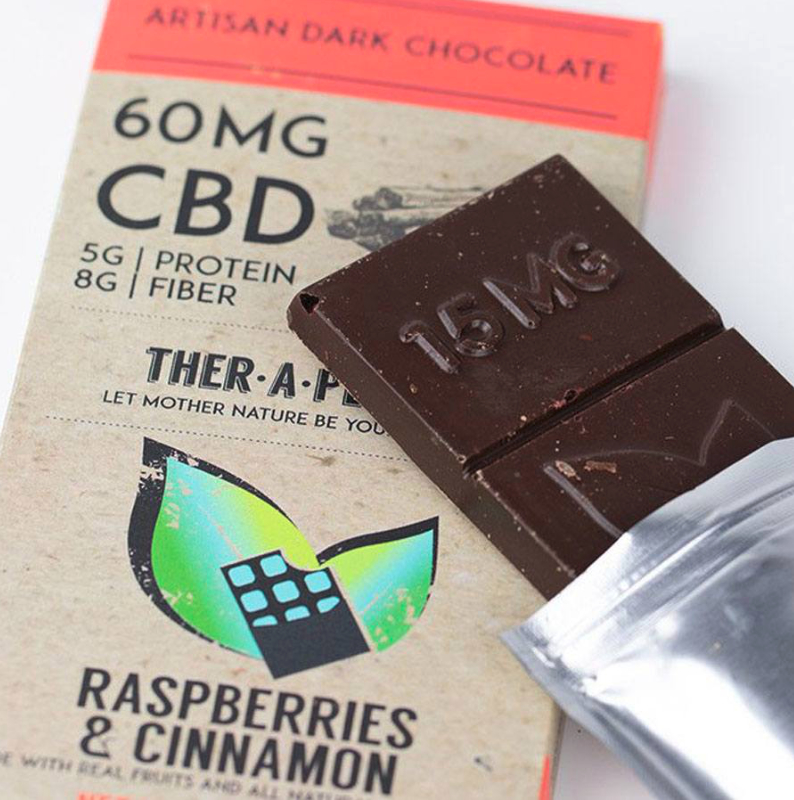 Supplements and body care make up the top two categories for C.B.D. sales, but C.B.D. sales are growing in the food and beverage category, including ready-to-drink beverages, gum and chocolate, Ms. Spencer said.

“Consumers are massively confused about C.B.D.,” he said.

A BDS Analytics survey found 55% of consumers either gave incorrect answers about the difference between C.B.D. and T.H.C. or did not know the difference, he said.

People ingest C.B.D. because of perceived health benefits, including sleep and pain relief.

Mr. Bingham said he was involved in research projects on fish oil and that it took years to establish scientifically proven health benefits.

“It really is the incredibly early days in research (on C.B.D.),” he said.

BDS Analytics does believe C.B.D. will continue to grow and not be a “bubble” market that bursts.

“We’ve concluded C.B.D. and other cannabinoids will be incorporated into products that will become part of everyday consumption,” Mr. Bingham said.