We use cookies to provide you with a better experience. By continuing to browse the site you are agreeing to our use of cookies in accordance with our Cookie Policy.
Home » Digestive health gains in global awareness

KANSAS CITY — The potential for promoting products for digestive health is crossing continents and categories. A new survey suggests global markets may be ripe for marketing opportunities for probiotic and prebiotic ingredients in dairy items as well as baked foods, cereals, snacks and juices.

The survey, by Kerry, maker of GanedenBC30 (Bacillus coagulans GBI-30, 6086), a branded probiotic ingredient, involved 11,000 health-conscious consumers in 14 countries. The survey found 39% of respondents said they would be interested in purchasing fruit and vegetable juices if they contained ingredients that promoted digestive health. Another 35% said they would be interested in buying cereals containing ingredients with digestive health benefits.

“Consumers now like to see probiotics in products beyond the refrigerator aisle,” said John Quilter, vice-president and general manager for GanedenBC30, when the survey was released Nov. 5. “GanedenBC30 can survive most processing conditions, including extremes of pH, heat, cold and pressure. This makes it a perfect fit for addition to most everyday food and beverages.”

The survey also found 79% of Americans who responded said they perceived probiotics to provide digestive health benefits. Over the past six months, 33% of Americans said they had used products containing probiotics, which compared to China at 49%.

“As our research shows, consumers across the world have not only heard of probiotics but also understand the benefits they provide,” Mr. Quilter said. “Along with the growing preference for functional foods and beverages, this high level of awareness has been a key driver for the phenomenal growth of the digestive health category.”

Food and beverage launches tracked with a digestive/gut health claim rose 21% in 2018 in the Asia-Pacific region, according to Innova Market Insights, Arnhem, The Netherlands. Seven out of 10 Chinese consumers said they thought digestive health was the main reason to consume fiber. Dairy accounted for 67% of Asia-Pacific launches featuring probiotic ingredients in 2018, but activity is rising in the confectionery and snack categories, according to Innova.

Beloit, Wis.-based Kerry is promoting the incorporation of GanedenBC30 in items for consumption throughout the day. GanedenBC30, a spore-forming probiotic, is a patented strain with a protected shell that shields it from stomach acids and most food processing conditions, including heat, shear and high-pressure processing.

The ingredient may be incorporated into breakfast items like waffles and pancakes. Kerry also points to 2019 data from Mintel showing the number of new hot beverage and juice launches with a probiotic or digestive claim has risen more than 22% since 2014. 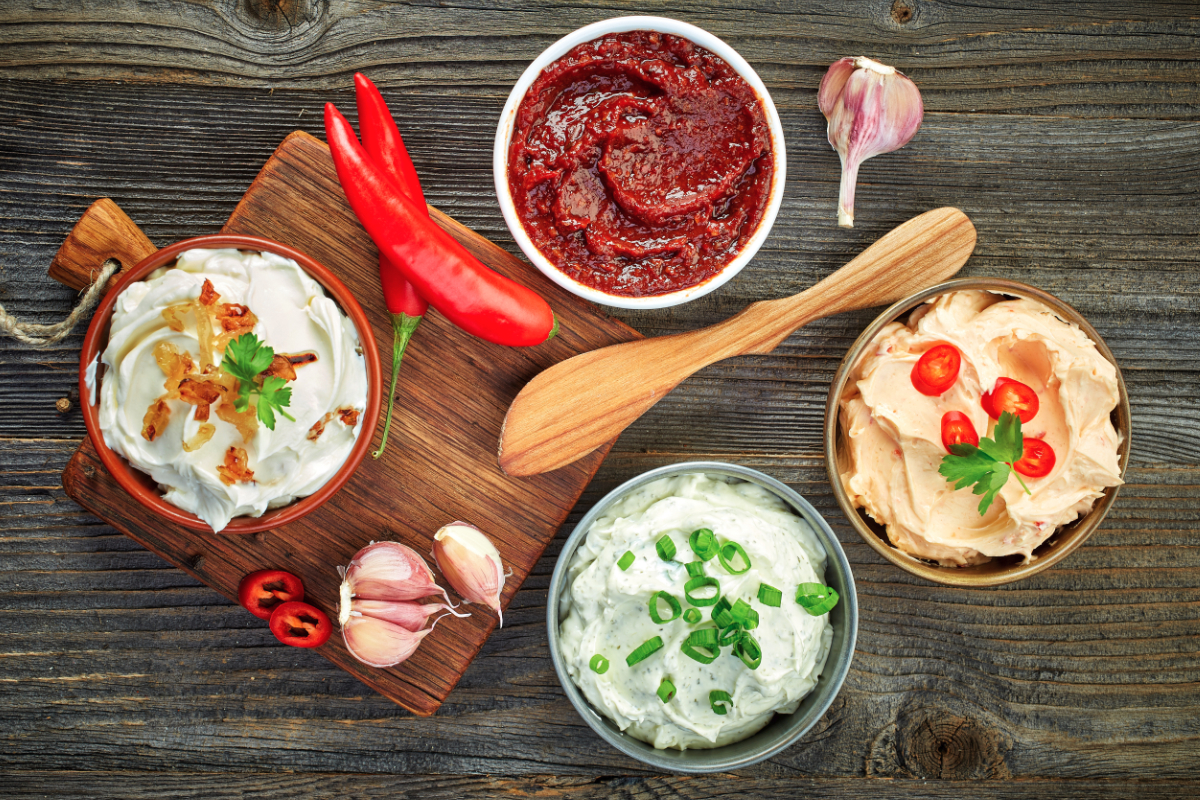 Snacking is becoming more popular at lunch time, according to Kerry. Adding probiotics to dips and spreads is an option.

Instant pasta and frozen meals are opportunities for probiotic inclusions in dinner items. A Kerry consumer survey in 2017 found 23% of respondents said they would be more likely to buy frozen meals if they contained probiotics or claimed digestive health benefits.

DuPont Nutrition & Biosciences, part of DuPont, is investing in probiotics. The company in July opened a probiotics fermentation unit at its Rochester, N.Y., facility. It was part of an overall $100 million investment to expand probiotics capacity.

“Combined with our other production units, we produce more probiotics than any other company in the world while also producing these probiotics at a higher production quality,” said Mark Rohde, global segment lead, food and beverage products, for DuPont Nutrition & Biosciences.

The company is investigating how probiotics may aid digestion in infants. DuPont’s Care4U 2’-FL beneficially changes microbiota composition and the production of microbial metabolites in comparison to galacto-oligosaccharides (GOS) and lactose, according to the company.

“We have a leading nutrition science group that uniquely allows us to assess the impact of a wide range of ingredients on an individual’s microbiome,” Mr. Rohde said. “There is emerging evidence to suggest that specific ingredients have a more significant impact than others on establishing a healthy microbiome. With its probiotics, human milk oligosaccharides and other prebiotics, DuPont believes that its nutrition science and other foundational capabilities will allow it to develop the best products for helping infants grow and develop to their fullest abilities.”

Probiotics often are referred to as “good” bacteria that provide health benefits, including digestive health. Prebiotics, often in the form of fiber, assist probiotics.

The International Food Information Council Foundation’s 2019 Food and Health Survey showed about 45% of respondents said they perceived prebiotics as healthy, which was up from about 35% in 2018. The percentage for fiber was over 80% both years.

Taiyo International, Inc., which has a U.S. office in Minneapolis, offers Sunfiber, which is sourced from the guar bean. It has met the F.D.A.’s fiber definition. Sunfiber has prebiotic characteristics that stimulate health-promoting gut bacteria such as Lactobacilli and Bifidobacteria. More than 120 clinical studies support the digestive health benefits of Sunfiber without uncomfortable side effects.

The F.D.A. has ruled that inulin and oligofructose sourced from chicory root also meet the fiber definition.

Beneo, Inc., Parsippany, N.J., points to a study conducted at the University of Memphis that showed a daily supplementation of 15 grams of oligofructose from chicory root fiber significantly increased stool frequency. The single-site, randomized, controlled, double-blind and parallel-designed study involved 97 adults, 80% of them women, who were experiencing irregularity associated with low dietary fiber intake. The people were given a gradual increase of Orafti oligofructose from 5 grams a day up to 15 grams a day.

Other branded ingredients featuring inulin/oligofructose are Oliggo-Fiber from Cargill, Minneapolis, and Frutafit inulin and Frutalose oligofructose from Sensus, which has a U.S. office in Lawrenceville, N.J.

Rowdy Bars contain yacon root that is used as a prebiotic, said Kellie C. Lee, creator and owner of Rowdy Bars. Yacon root is a species of perennial daisy that grows in South America and has been part of the Andean diet for hundreds of years. The low-glycemic vegetable looks like a sweet potato and contains an indigestible fiber called fructooligoasccharides (FOS), which is a type of inulin. Each Rowdy Bar contains 3 grams of fiber, according to the company.

While inulin is present in yacon syrup, yacon root itself is not one of the F.D.A.-approved sources of fiber, Ms. Lee said.

AIDP, Inc., City of Industry, Calif., has gained pre-market approval for prebiotic claims on its PreticX xylooligosaccharide. Since the ingredient is stable, soluble and Generally Recognized As Safe (GRAS), it may be used in a variety of food and beverage applications, said Samantha Ford, business development director for AIDP.

More than a dozen published human clinical studies have shown PreticX demonstrated beneficial physiological effects for improved laxation, attenuation of blood glucose, and reductions of blood total and L.D.L. cholesterol levels. AIDP submitted a citizen petition requesting the F.D.A. include PreticX in its dietary fiber definition. The F.D.A. requested more evidence to support PreticX’s approval as a dietary fiber, and AIDP is evaluating additional studies to support the application.