We use cookies to provide you with a better experience. By continuing to browse the site you are agreeing to our use of cookies in accordance with our Cookie Policy.
Skip To Content
Home » Buffalo Wild Wings gives boneless wings a meatier makeover

MINNEAPOLIS — Buffalo Wild Wings has overhauled one of its most popular menu items — boneless wings — after the product remained unchanged on the sports bar’s menu for 16 years.

The updated boneless wings are first marinated in a blend of spices then coated in a savory new breading. They are made with larger pieces of chicken and feature 30% less breading than the previous iteration.

The primary driver of the boneless wing innovation was Jamie Carawan, who joined Buffalo Wild Wings as vice-president of brand menu and culinary in June 2018. His top priority in the new role was to create a new and improved boneless wing for the restaurant chain.

“Discovering a new boneless wing offering for Buffalo Wild Wings was one of the more difficult food and beverage innovation projects of my career,” said Mr. Carawan, whose career includes leadership roles at Twin Peaks Restaurants, Front Burner Restaurants, On the Border and Brinker International.

Mr. Carawan and Buffalo Wild Wings’ culinary team began innovating with a new wing offering in August 2018, and in December 2018, the chain began in-restaurant tests of the new recipe.

“We want to ensure that what we serve at Buffalo Wild Wings is truly best in class,” Mr. Carawan said. “After more than a year of hard work, my team and I are excited to introduce a substantial improvement to one of our core menu items. We’re confident guests will love our craveable new boneless wing with over 30% less breading and a larger, more flavorful piece of meat.” 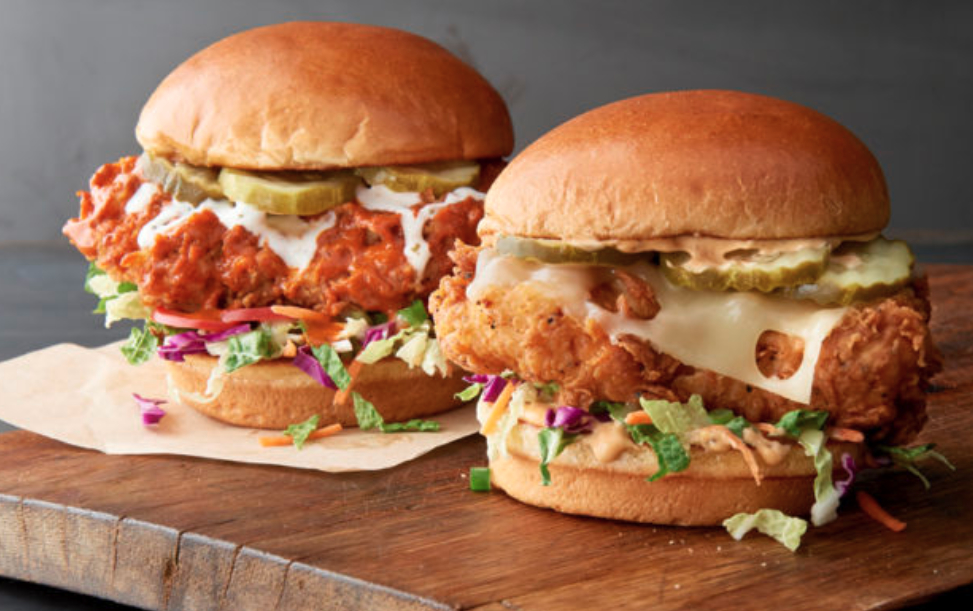 Along with an updated wing formula, Buffalo Wild Wings is adding a new sauce to its lineup: the Original Buffalo Sauce. The new sauce is reminiscent of the sauce the restaurant served when it first opened its doors in 1982 and is designed to “reintroduce” consumers to that original flavor, the company said.

“I remember trying buffalo sauce for the first time many years ago before it was mainstream,” Mr. Carawan said. “It caught you off guard with its vinegary, not-so-subtle flavor, but you just immediately wanted more.”

Buffalo Wild Wings’ reimagined boneless wings and new Original Buffalo Sauce follow other recent announcements regarding new and refreshed food and beverages and restaurant enhancements at the Inspire Brands, Inc. chain. In August, the restaurant launched a new breaded chicken platform featuring tenders and sandwiches made with chicken that is beer-battered with Lagunitas IPA. In March, Buffalo Wild Wings debuted a spate of new food offerings, including the All-American Cheeseburger, new salsa, new queso and Ultimate Nachos. On the beverage menu, the chain added an Old Fashioned, Moscow Mule and Mojito. The March menu additions were part of Buffalo Wild Wings’ brand refresh, which also included revamping the look of its menu, new employee uniforms and eco-friendly plate ware.