We use cookies to provide you with a better experience. By continuing to browse the site you are agreeing to our use of cookies in accordance with our Cookie Policy.
Home » Slideshow: Private label plant-based meats trending

ROSEMONT, ILL. — The number of plant-based packaged meats — those products trying to imitate animal protein in appearance, taste and even nutrition — have been growing in mainstream supermarkets and the category has become a battleground. National brands barely had a chance to establish themselves when private label options began to appear in form and variety, and, as often is the case with private label, provide a cost advantage.

Will the retail scene accommodate so many options in plant-based meats? When it’s family taco night, is the home cook going to spend more for plant crumbles or purchase more economical ground beef?

He encouraged retailers to partner with co-manufacturers and get into the space quickly and with a range of products. This participation will enable them to create a defined section in the meat department to attract shoppers and build awareness.

As with any trend that emerges quickly, it may disappear quickly, too. While the category resonates with some consumers, for others the draw is more out of curiosity as an occasional purchase. So, Mr. Wisner is suggesting get in the business now while it’s still new and vibrant. But he cautioned manufacturers about challenges.

The plant-based meat category, especially at retail, where shoppers are able to explore ingredient statements and are more price conscious — is up against some significant hurdles. For starters, in recent months there have been numerous articles citing the highly processed nature of plant-based meats.

"To [consumers], it’s about the integration of whole plant-foods in whichever diet you choose." — Melissa Abbott, The Hartman Group

The activist group Center for Consumer Freedom (C.C.F.), Washington, is communicating through the placement of full-page ads in newspapers such as The New York Post, The New York Times, The Wall Street Journal and USA Today. The ads put the ingredients of “plant-based meats” on display to counter the notion more than half of consumers incorrectly believe plant-based proteins to be healthier than meat.

This view is consistent with one of six projections by the Specialty Food Association’s (S.F.A.) Trendspotter Panel for 2020. The group of food industry authorities expects there to be a meat replacement pushback across retail and food service. While they currently are “undeniably popular,” according to the panel in a Nov. 19 report, they predict a consumer return to fruits and vegetables. Consumers will begin to think critically about meat replacements, looking more closely at the ingredient lists, supply chains, water usage, and food safety, prompting renewed interest in plants as plants, according to the panel.

“Consumers are going to become more discerning regarding the ingredients and production practices behind products with plant-based call-outs,” said Melissa Abbott, vice-president, The Hartman Group, Bellevue, Wash. “To an increasing number of consumers who are enduring plant-based fatigue based on what we see as a fad, health doesn’t come from eating meat or avoiding meat, eating vegan or not eating vegan. Whether they bend toward ancestral or plant-based eating, sustainably and wellness-minded consumers believe that highly processed, ‘denatured’ foods, often sourced from highly processed industrialized grain and seed oils, are not health supportive. To them, it’s about the integration of whole plant-foods in whichever diet you choose.

“We anticipate plant based to largely go the way of natural as consumers seek out more plant-rich offerings that include more mindfully sourced ingredients with greater attention to farm-level distinctions. Overall, it’s less about ‘meat’ as the problem and more about ‘factory farming’ and “big ag” perceived as being more about profit than well-being of people, animals or the planet.” 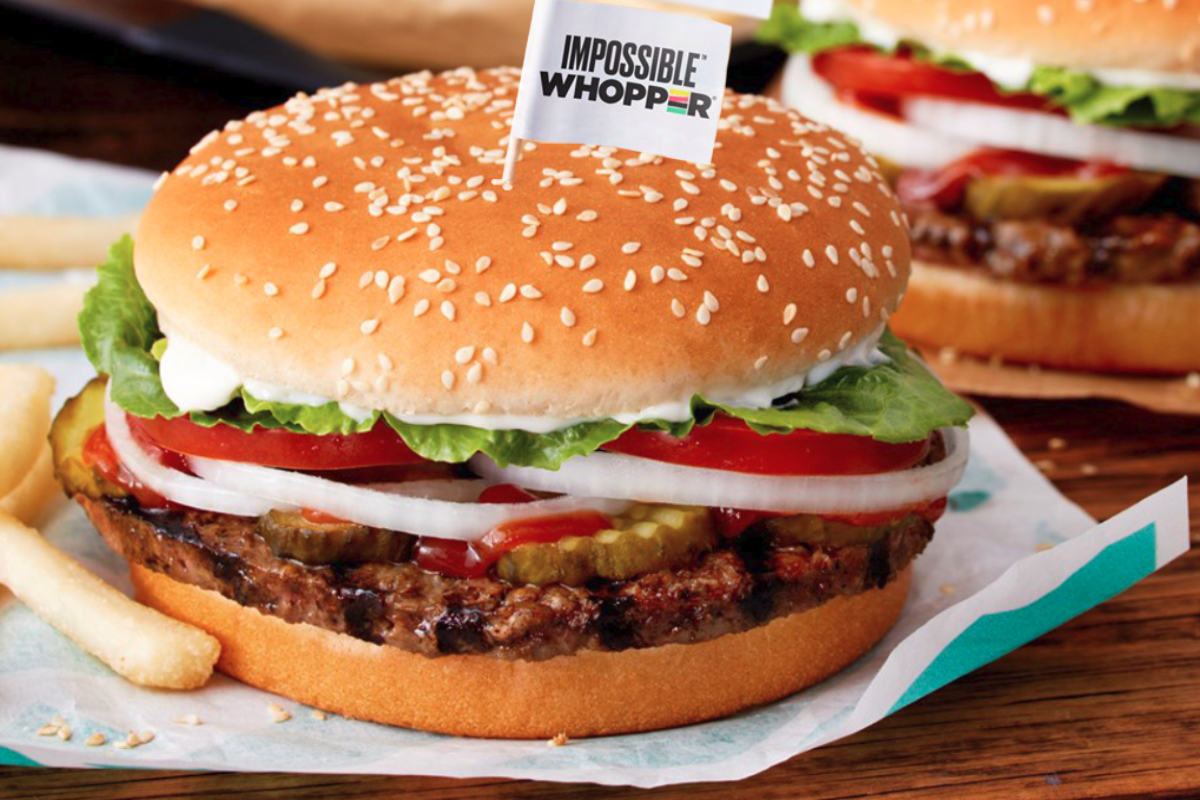 Kara Nielsen, vice-president of trends and marketing, CCD Innovation, San Francisco, and a member of the S.F.A.’s Trendspotter Panel,” added, “Consumers are being inundated with plant-based burgers, in retail and on fast-food menus. But keep in mind that these burgers are designed for omnivores with the goal of having them skip a beef burger, occasionally at first and perhaps more routinely in the future. For vegans, vegetarians and those seeking an option that doesn’t taste, look or bleed like true beef, these are not appealing. So, there is a big opportunity to get more creative with vegetables, grains and legumes to meet the needs of this segment.”

It’s worth noting the day after Mr. Wisner’s presentation encouraging retailers to sell private label plant-based proteins, Burger King, a unit of Toronto-based Restaurant Brands International Inc., was sued by a vegan customer who accused the fast-food chain of contaminating its meatless Impossible Whoppers by cooking them on the same grills as its traditional meat burgers. The customer claims he would not have paid a premium price had he known the cooking would leave it “coated in meat byproducts.” This could have been avoided. The chain’s web site describes the Impossible Burger as “100% Whopper, 0% Beef,” adding that “for guests looking for a meat-free option, a non-broiler method of preparation is available upon request.”

“With this massive arrival of so many plant-based burgers, many with similar-sounding names, confusion is sure to reign among consumers,” Ms. Nielsen said. “They will need to sort out what differences there are between these offerings, which are gluten-free or soy-free, which taste more like beef and which don’t. In the end, price, value and access will guide people and the whole category will just become one generic set, with an interested eater just picking the one available on a menu or at the grocery store.”