CHICAGO — Peter Rahal once fired his mother for attaching product labels incorrectly. It was in the early days of RXBAR, the business he co-created in his parents’ suburban Chicago basement and sold to Kellogg Co. for $600 million less than five years later.

Today, that obsession with quality is an attribute the founder-turned-funder seeks in other entrepreneurs. Following the Kellogg transaction, Mr. Rahal launched Litani Ventures, an investment company, to partner with food industry start-ups and help scale innovative product concepts.

“Litani (pronounced lit-TAWN-ee) means ‘humble lion,’” Mr. Rahal said. “That’s a characteristic I look for in successful entrepreneurs. Because essentially you need to be a lion, which is a killer, really driven, gritty, ambitious and a leader … and then humble, both emotionally and intellectually.”

Emerging food and beverage brands have dazzled investors and sparked a surge in deals over the past five years. The consumer packaged goods landscape has been upended by start-ups that are agile and unhindered by barriers to enter the market. Starved for growth, the world’s largest packaged food companies are launching venture capital funds to nurture the industry’s promising young brands.

“Professional investors are very smart,” Mr. Rahal said. “They may think about the future and take financial risk, but at the same time they don’t have the empathy of an entrepreneur, especially in food.”

Mr. Rahal’s investment portfolio through Litani Ventures includes more than 15 businesses spanning a range of product categories, from snacks to beverages to condiments, all tapping into consumer demand for convenience, nutrition and health benefits. Investment-worthy products must tick two boxes: Is there something new or novel about it? Does it offer value to the consumer?

A product may be novel but not valuable. Mr. Rahal offered an example of a nutrition bar broken into three bites. Sure, it’s new to the marketplace, but will consumers find value in those three bites?

“I think there are a lot of entrepreneurs who are trying to make foods that solve a problem that doesn’t exist,” Mr. Rahal said. “It’s hard for investors, retailers, suppliers, all stakeholders to filter through what is real and what isn’t.” 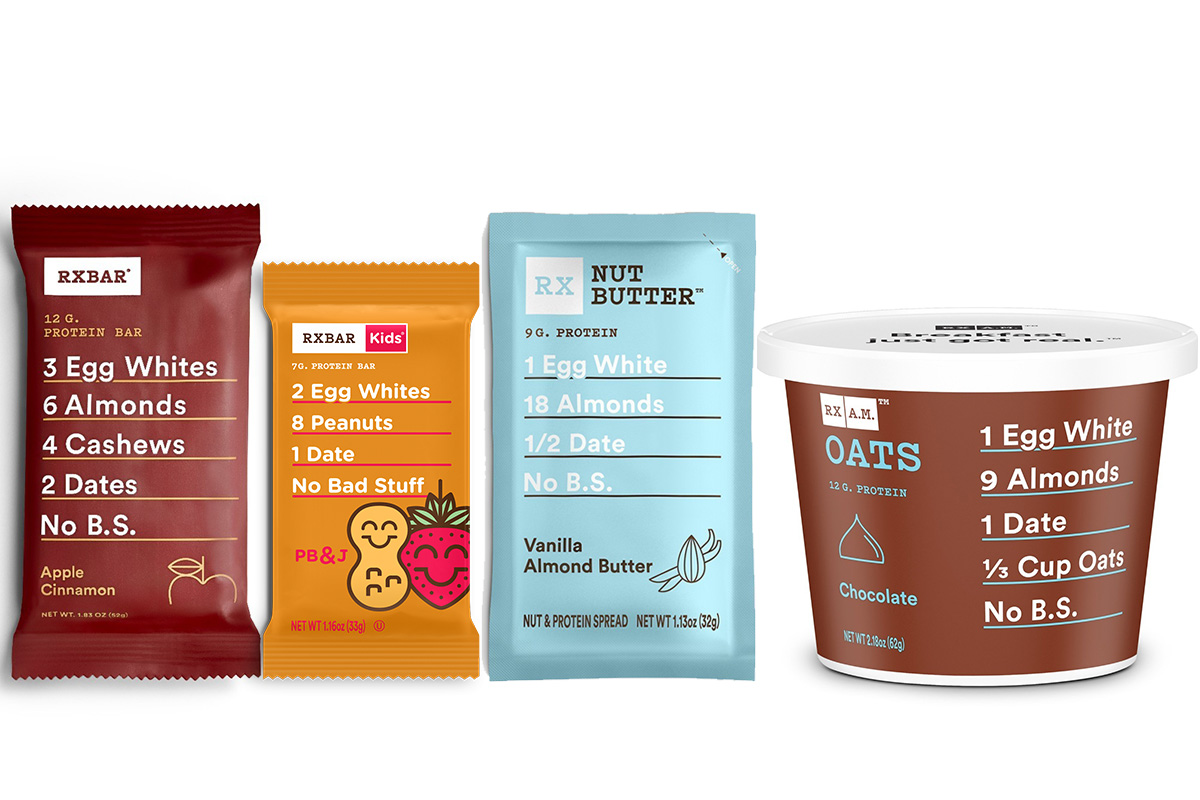 The stunning success of RXBAR may be owed to a combination of timing, instinct and hustle. The business launched against the backdrop of a burgeoning clean eating movement; mainstream shoppers were starting to scrutinize labels in want of simple ingredients and minimal processing.

In 2012, Mr. Rahal had identified a gap in a crowded category — a protein bar that contained no grains, dairy, soy or refined sugars, tenets of the popular paleo diet embraced by the CrossFit fitness community. He and his friend Jared Smith began blending fruits and nuts in a red Kitchen Aid mixer. More than 100 attempts and iterations led to a recipe that roughly translates to three egg whites, six almonds, four cashews and two dates. The pair peddled the homemade bars in Tupperware containers at area CrossFit gyms. Makeshift labels were designed using Microsoft PowerPoint.

Mr. Rahal’s father, a food industry executive, advised the young founders to forgo raising capital in favor of hitting the streets and selling hundreds of bars. Mr. Rahal and Mr. Smith each pitched in $5,000 for start-up costs. Eventually the business outgrew the family basement, and production moved to a commercial kitchen.

After two years selling mostly in gyms and online, the brand unveiled new packaging featuring a minimalist design and a list of ingredients on the front panel punctuated by a cheeky tagline — “no B.S.” The bold move paid off. The company gained national retail distribution and soon became the fastest growing nutrition bar brand in the country.

By 2017, potential bidders emerged, prompting the founders to evaluate the company’s future. It became clear the next step for growth would involve a sale. Following months of meetings and deliberation, that October it was announced that Battle Creek, Mich.-based Kellogg Co., the maker of Froot Loops, Cheez-It and Pop-Tarts, would be the buyer.

“This is a high-quality premium brand in a unique positioning at the intersection of simple, natural ingredients and high protein,” said John A. Bryant, then the executive chairman of Kellogg, shortly after the acquisition closed. “It’s growing rapidly. Its sales will nearly quadruple in 2017, and somewhat rare in this space, it is already very profitable. RXBAR will operate independently, preserving what makes it special, including its talented people and entrepreneurial culture.

“Kellogg is here to help RXBAR in its next leg of growth via our substantial R.&D. resources and through our ability to expand its distribution. This will serve as a new additional platform for growth for us. This is a special opportunity, and we’re excited about its growth prospects.”

RXBAR surpassed $200 million in sales in the first year of Kellogg’s ownership and today serves as a platform for additional products, including RX Nut Butters, which contain a blend of egg whites, almonds or peanuts and dates, and RX A.M. Oats, featuring egg white protein, almonds, dates and oats in single-serve cups.

Mr. Rahal remained chief executive officer of RXBAR for a little over a year following the acquisition. Last spring, he shifted into a founder’s role, stepping away from the day-to-day operations to focus on innovation and strategy.

“The story of RXBAR is pretty gritty,” Mr. Rahal said. “From my parents’ basement, designing labels, working with agencies, to scaling online, building an e-commerce business, to growing distribution traditionally to going to the U.K., Canada, to selling to Kellogg and then operating as a chief executive officer at a public company, managing that, seeing all that.

“So, I have unique experience that I can help shed light and help entrepreneurs look around corners to avoid mistakes simply through my experience.” 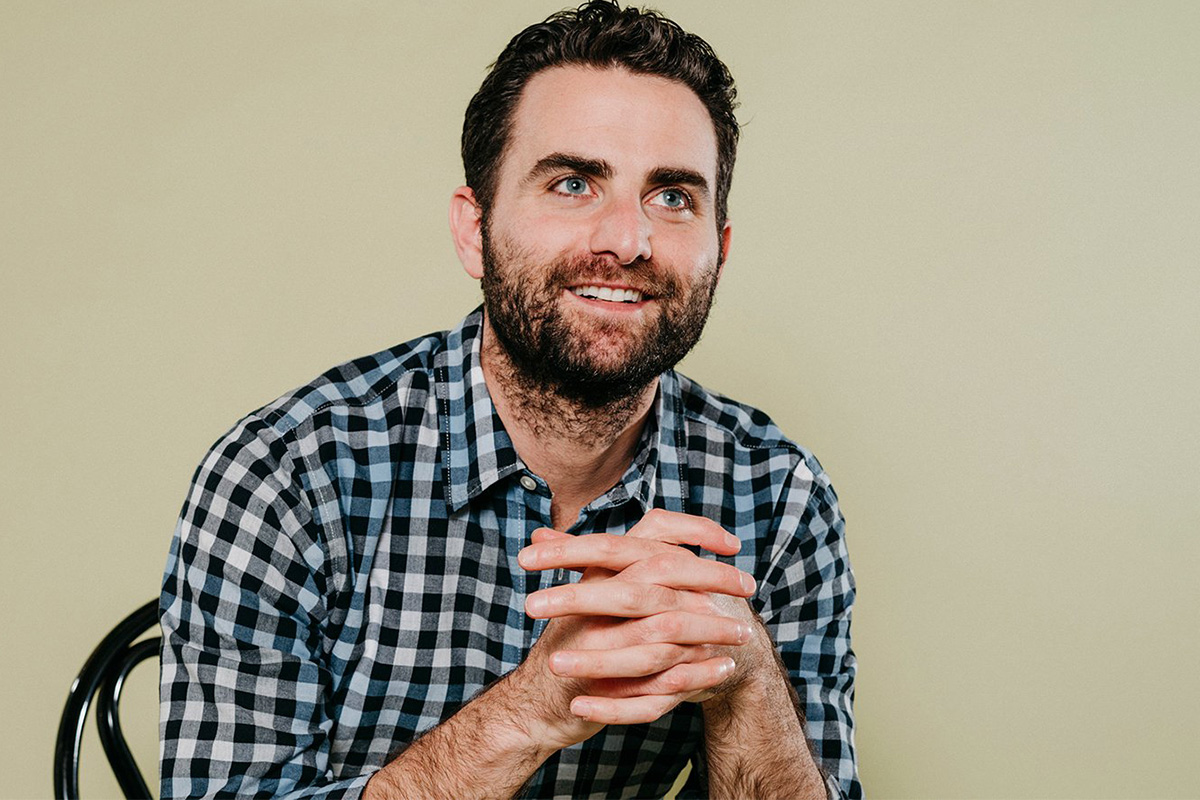 From visionary to venture capitalist

Diagnosed with dyslexia, Mr. Rahal endured challenges and adversity throughout school and at entry-level jobs. However, the strengths associated with the condition — strong pattern recognition, deductive reasoning, creative thinking — add up to a knack for identifying marketplace opportunities and solving problems. Many of history’s most prolific entrepreneurs, including Thomas Edison and Henry Ford, were dyslexic.

Those inherent skills, combined with his firsthand expertise of building a thriving food business, add tremendous value to the transaction, according to his business partners.

“Money isn’t terribly hard to come by, but operating experience is,” said Alison Cayne, founder of Haven’s Kitchen in New York. “What I really needed, more than cash, were investors that knew what it was like to build something from scratch and that it wouldn’t be prudent or realistic to open too many doors too fast.”

“When I first met Peter and Jared, they asked me questions about my business in a way that didn’t make me feel defensive,” she said. “It wasn’t, ‘How fast can you get to $10 million in sales?’ They understand the uniqueness of what I’m building and appreciate the complexities of it. They leveled the playing field from the first conversation — never making me feel like I was lucky to have them. Peter will text with me before an important meeting or call to boost my confidence and help me organize my thoughts.”

“I don’t like to spend other peoples’ money, so I’ve always had a strong aversion to outside capital,” she said. “I knew our business was ready for a true partner when I gained enough confidence to execute on what I knew was a viable business from a product, margin and brand perspective. I needed to feel certain that I was emotionally mature enough to handle risking other peoples’ money for my vision.”

Available in more than 3,500 retailers, Mush Overnight Oats features a creamy texture and contains seven or fewer plant-based ingredients, including oats, almonds and fruit. The product is processed with high-pressure technology to preserve flavor and shelf life and packaged with a spoon for portable consumption.

Ms. Thompson had abandoned a budding Wall Street career with Goldman Sachs to start the company in 2015. A couple years later, she and co-founder Kat Thomas appeared on the television show “Shark Tank” to pitch a piece of the business to the panel of investors. Mark Cuban offered $300,000 for a 10% stake.

Upon meeting Mr. Rahal, Ms. Thompson said, “It was quite apparent to me that we share a similar value system and temperaments. He speaks the same language and can relate to just about anything I say. What more could you want in a partner on a lonely journey that is entrepreneurship?”

Another important factor in partnering with Mr. Rahal, she said, was his attitude about money.

“He doesn’t care about the money in the same way venture capital/private equity does,” Ms. Thompson said. “Professional investors are just that — professional. They get paid to make money with money. Peter’s an entrepreneur. His incentives are more conducive to long-term gains, which makes them aligned with my own. This was huge for me.”

Mr. Rahal doesn’t think of himself as an investor but as a resource and advocate for start-ups. He frequently fields questions from founders. Whether or not he’s prepared to strike a deal, he is eager to support people like himself — gritty yet humble.

“My long-term goal is to eventually start another business,” he said. “I need time, and I like to help, so this is a good thing in the interim.”