We use cookies to provide you with a better experience. By continuing to browse the site you are agreeing to our use of cookies in accordance with our Cookie Policy.
Home » Curiosity a top reason for trying plant-based meat alternatives

WASHINGTON — Curiosity, even more than environmental or health concerns, ranked as the No. 1 reason many consumers try plant-based meat alternatives, according to a survey released Jan. 30 by the International Food Information Council Foundation. Hispanics, people under age 45 and people with a college education were the groups more likely to have tried a plant alternative to meat.

When asked why they decided to eat a plant alternative to animal meat, 41% of respondents said they liked to try new foods and 30% said they had heard a lot about them and were curious.

“In nearly every consumer research that we’ve conducted recently, we see that healthfulness and environmental concerns do not impact food purchasing decisions or concerns about food waste as much as taste and price,” said Kris Sollid, senior director of nutrition communications for the Washington-based IFIC Foundation. “So, our finding in this survey that the decision to try a plant alternative to animal meat is driven more by liking to try new foods and curiosity due to having heard a lot about them is not all that surprising.” 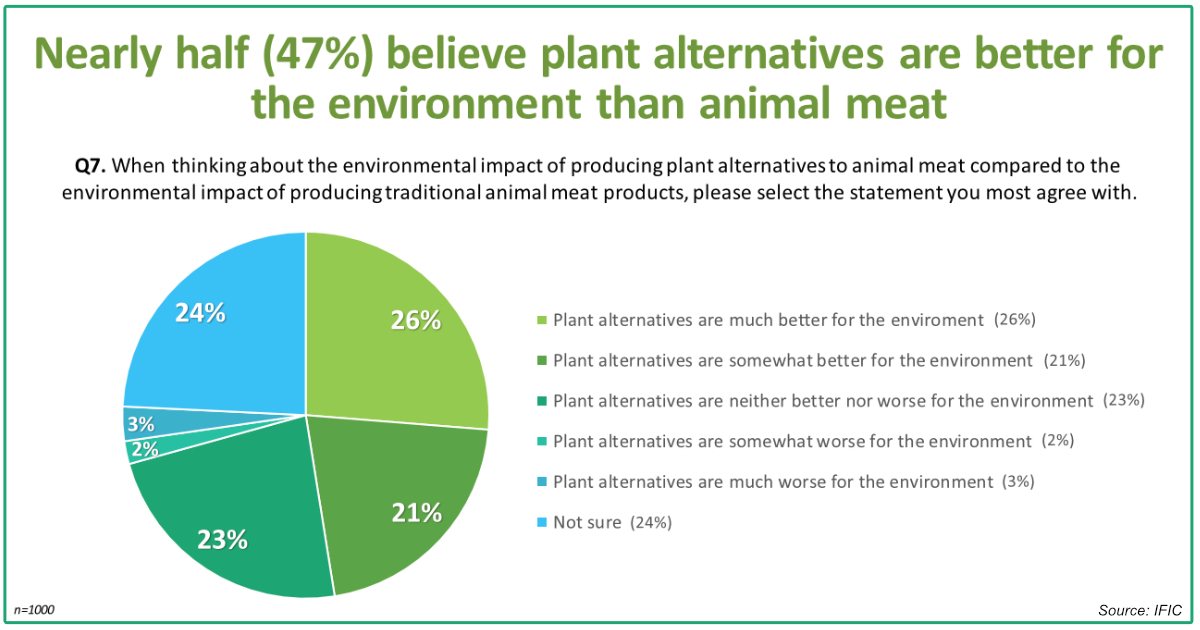 When asked whether they have eaten a plant alternative to animal meat, 49% of the total respondents said yes. The top groups were people under age 45 at 62%, people who had been to college at 62% and Hispanics at 61%.

“We also found that 21% of Hispanics had not tried one of these products because they had not heard of them, which was significantly higher than the 4% of African Americans and 3% of whites who reported the same thing,” Mr. Sollid said.

A higher percentage of men, at 53%, had tried plant alternatives when compared to women, at 44%. 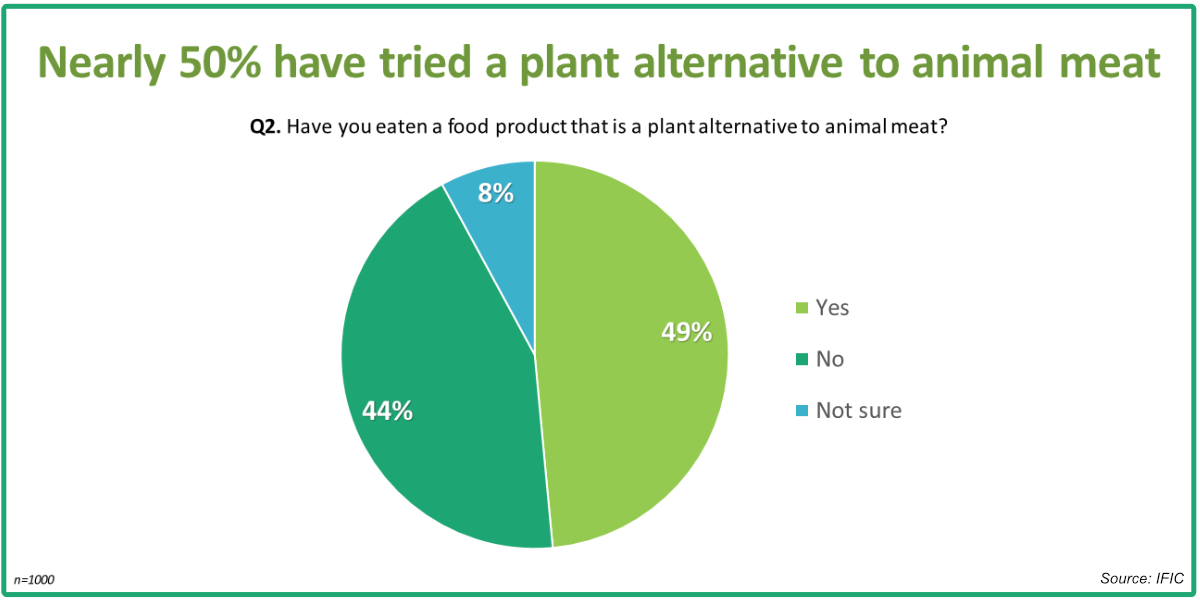 The survey found 66% of the respondents identified as omnivores, which ranked ahead of vegetarian at 6%, pescatarian at 5% and vegan at 5%.

When asked what they liked most about preparing/eating the plant alternative to meat, the top three answers were taste at 53%, a texture similar to meat at 35% and tasted like meat at 34%. When asked what they disliked most about preparing/eating the plant alternative, the top answer was nothing at 40%, followed by texture not similar to meat at 31%.