We use cookies to provide you with a better experience. By continuing to browse the site you are agreeing to our use of cookies in accordance with our Cookie Policy.
Home » Demand for organic products expands to more categories
TRENDS

KANSAS CITY — An Anheuser-Busch ad for organic light lager was aired in February during Super Bowl LIV for an audience estimated at 102 million. The television spot began with a call to action: “America, less than 1% of our farmland is organic, and farmers who want to transition face monumental challenges. What if we could help them simply by having a beer?”

The St. Louis-based brewer then announced its pledge to pay a premium to farmers transitioning to organic land. For each six-pack of Michelob Ultra Pure Gold sold, the company said, “we’ll help transition six square feet of farmland to organic.” 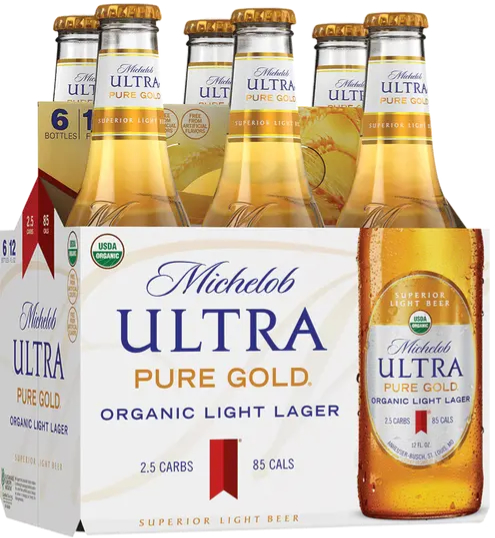 The ad concluded, “… if every football fan picks up a six-pack, we can change America’s organic farmland forever.”

The campaign demonstrates consumer demand for organic products is spilling into more categories, led by younger consumers seeking sustainable options, including beer made with organic barley and rice.

“Shoppers consistently relate that they choose organic because they believe the product to be ‘better for me and my family,’” said Angela Jagiello, director of education and insights at the Organic Trade Association, Washington. “In 2019, Organic Trade Association led one of the largest-ever consumer research projects on behalf of organic. Shoppers told us that they value the fact that more than 700 chemicals are prohibited in organic, the strong standards and enforcement that underpin the USDA organic seal, and that they believe organic agricultural practices can play a role in mitigating climate change.”

For several years, the Organic Trade Association has credited millennials for driving growth in the organic market, particularly as members of the generation become parents and increase organic purchases.

“Exciting times lie ahead for the organic sector,” said Laura Batcha, chief executive officer and executive director of the OTA. “Over the next 10 years, we’ll see a surge of new organic eaters and consumers — the millennial parents of tomorrow and their children.”

“Organic now comprises more than 5% of US food sales, but still less than 1% of farmland,” she said. “Supply is particularly challenging in grains, which are the foundation for so many products (obviously grain-based products, but also animal products). It takes three years to transition land to organic. During that time, farmers use organic practices, but are unable to command organic price premiums. That can be a difficult ask for farmers from a financial perspective. Additionally, more technical assistance is needed for farmers interested in transition to organic.”

Sales of organic products in the United States reached $52.5 billion in 2018, up 6.3% from the previous year, according to the 2019 Organic Industry Survey by the OTA Organic food sales increased 5.9% to $47.9 billion, outpacing total food sales growth at 2.3%. 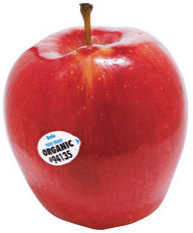 “Organic is now considered mainstream, but the attitudes surrounding organic are anything but status quo,” Ms. Batcha said. “In 2018, there was a notable shift in the mindset of those working in organic toward collaboration and activism to move the needle on the role organic can play in sustainability and tackling environmental initiatives.”

“Beverages are something of a trend incubator for organic and always a fascinating category to watch,” she said. “This is an area where the organic shopper craves novelty and is somewhat less price-sensitive than in other categories.

“Organic beverages grew by 13.5% to become a $6.4 billion category in 2018. Many organic trends are born in the beverage aisle, then migrate to other areas of the store.”

The second largest organic category is dairy and eggs, which gained 0.8% to $6.5 billion in sales in 2018. Organic egg sales have slowed from strong double-digit growth tracked in previous years, climbing 9.3% to $858 million. 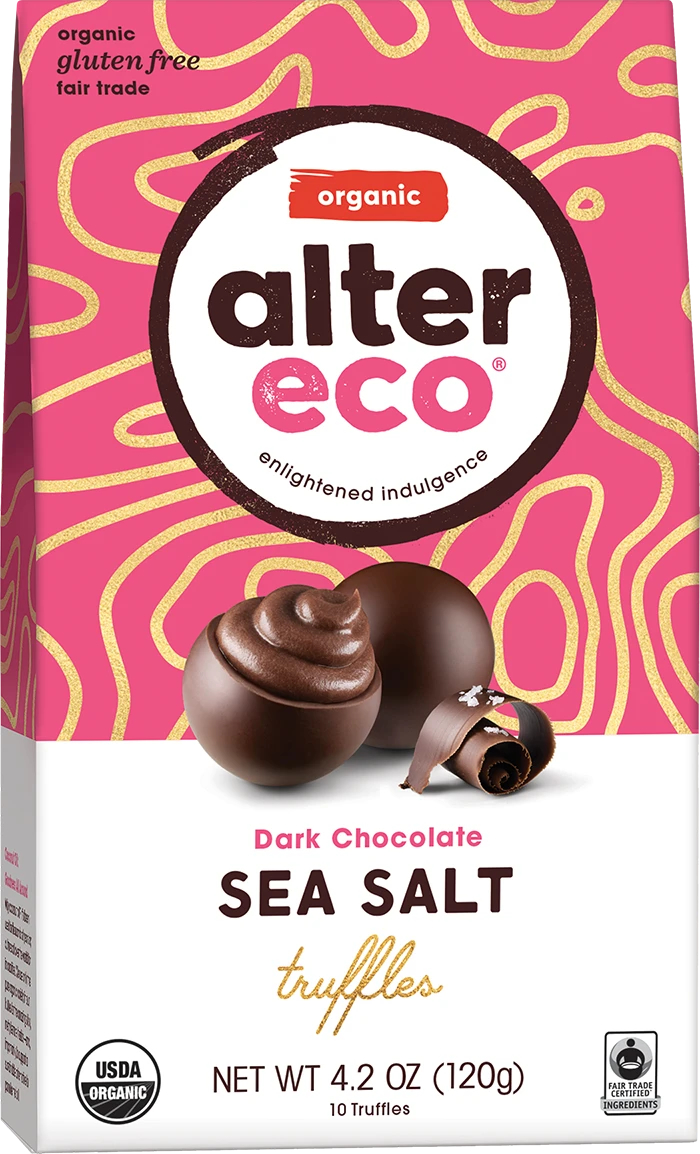 Dairy, meanwhile, has struggled as skim milk and low-fat products lose favor and more millennials opt for plant-based alternatives, according to the association. In response to the trends, the organic dairy industry has introduced milk beverages with increased protein, more full-fat options, new flavors and grass-fed products.

“Tremendous innovation is happening in organic dairy,” Ms. Jagiello said. “Dairy has had a tough few years as shoppers have embraced plant-based alternatives. But when it comes down to it, humans are mammals, and I wouldn’t be quick to dismiss one of the major categories that helped organic enter the mainstream.

“Additionally, organic dairy has a great story to tell about regenerative, climate-friendly agriculture, and animal welfare — two areas about which shoppers care deeply.”

“For these consumers, who view organic as more healthy, organic chocolate gives them permission to indulge,” Ms. Hadden said. “Cocoa and chocolate finds itself at the epicenter of many label-friendly or consumer-conscious categories such as snacks, sports and performance bars, protein shakes and more thanks to its ability to deliver a touch of indulgence for a delicious sensory experience.”

Cargill Cocoa & Chocolate has expanded its line of organic offerings to include bittersweet and semisweet chips that are USDA organic certified and made with Belgian chocolate liquor. The company also offers multiple organic cocoa powders, ranging from light brown, non-alkalized to brown/medium reddish lightly alkalized.

“Most recently, we launched a new organic cocoa powder offering, organic red,” Ms. Hadden said. “This new addition rounds out our existing organic cocoa powder spectrum. With its reddish-brown hue, it provides a dark, reddish color, while its flavor profile is full-bodied with deep chocolate notes.”

At least 50 suppliers offer more than 4,500 certified organic flavors, according to the OTA, which prompted the regulation by submitting a petition to help expand the availability and use of organic flavors. 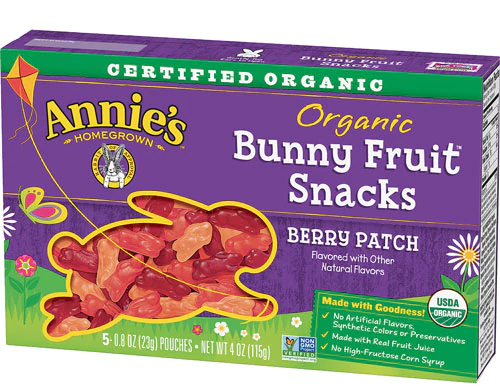 “When we filed the petition, we realized the number of available certified organic flavors was not adequate to meet the current total needs of the organic marketplace,” said Gwendolyn Wyard, vice president of regulatory and technical affairs. “However, given the tremendous growth of organic flavors, we took this proactive step to push the needle in the direction of continuous improvement by requiring the use of organic flavors when they are available in the quality, quantity and form needed.”

“Millennials are the fastest-growing demographic of consumers who want what’s best not only for themselves but their families, too,” said Emmanuel Laroche, global marketing leader and vice president of marketing and consumer insights for Symrise. “So, when it comes to foods and beverages, organics are on the top of their grocery lists.”

Where is the organic market headed next? Packaging may be a future frontier, Ms. Jagiello said.

“There’s a robust organic industry conversation about sustainable packaging,” Ms. Jagiello said. “Industry members are working individually and collectively to press suppliers for more responsible, less plastic, alternatives. This will require education for shoppers, and for retailers, but will ultimately be positive for all. Organic will be the tip of the spear on this issue and will catalyze positive change throughout the food industry.”