We use cookies to provide you with a better experience. By continuing to browse the site you are agreeing to our use of cookies in accordance with our Cookie Policy.
Home » Big opportunities for baby food

WASHINGTON — The updated Dietary Guidelines for Americans, scheduled to be presented later this year, for the first time will give recommendations for pregnant and lactating mothers as well as infants up to age 2. The Guidelines appear likely to cover recommendations on breast milk and infant formula as well as advice on when to begin giving babies complementary foods and what those foods should be.

It is doubtful, however, that the Guidelines will include advice on plant-based versus dairy-based or organic versus conventional products, according to the Atlanta-based Infant Nutrition Council of America, an association of manufacturers of infant formulas, follow-up formulas and growing-up milks.

“It is readily acknowledged that the first 1,000 days of life is a critical window of time for human growth and development, laying the groundwork for lifelong health, which is why the Infant Nutrition Council of America strongly supports the United States initiative to provide guidance for the B-24 (birth to 24-month) population,” said Mardi Mountford, president of the council.

The upcoming Guidelines might include recommendations for pregnant women to eat bread enriched with folic acid, which has been linked to reduced risk of birth defects.

“The pregnancy and lactation working group (within the DGAC) reported that there were very few studies with substantial evidence strong enough to make a conclusion about the diet of lactating mothers, especially with regard to supplement intake,” said Lee Sanders, senior vice president of government relations and public affairs at the Washington-based American Bakers Association. “That said, in ABA’s recent comments, we reemphasized the importance of enriched grains that include folic acid and the impact they had in lowering neural tube defects in the US since 1998.” 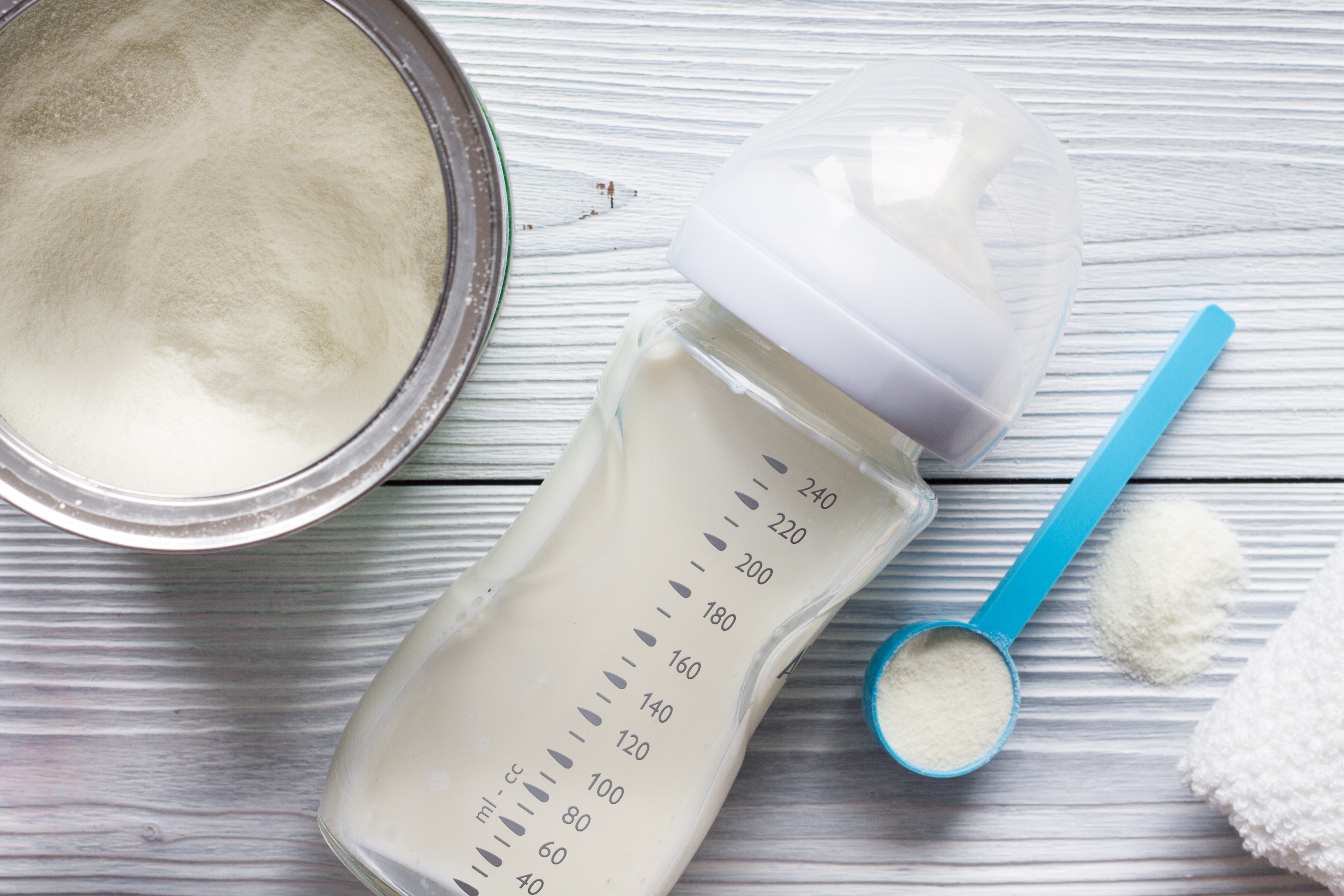 Since the US government in 1998 mandated the fortification of folic acid in enriched cereal grains and enriched cereal grain products, the prevalence of babies born with neural tube defects has decreased by 35% nationally. Ms. Sanders pointed to the Centers for Disease Control and Prevention, Atlanta, acknowledging the reduction of neural tube defects as one of the top 10 public health achievements in the first decade of the 21st century.

Breastfeeding is a recommended alternative for newborns, and the Guidelines could cover infant formula as well.

Infant formula reviewed by, cleared by and registered with the FDA is the only safe and recommended alternative to breastfeeding, according to the Infant Nutrition Council of America, which added vitamin D supplements are needed for babies who are breastfed.

“The Infant Nutrition Council of America supports the American Academy of Pediatrics’ position that breastfeeding is the preferred infant feeding method and that iron-fortified infant formula is the only safe and appropriate alternative to breast milk for those who cannot or choose not to be breastfed in the first year of life,” Ms. Mountford said.

The council recommends complementary foods should be introduced based on the infant’s state of development, typically between the ages of 4 and 6 months. The DGAC is examining the relationship between complementary feeding and health factors, including micronutrient status; growth, size and body composition; developmental milestones like neurocognitive development; food allergies and atopic allergic diseases; and bone health.

Both the grain-based foods industry and the dairy industry, after presenting results of studies to the DGAC, are hoping for welcome news in the Guidelines.

A study found infants who consumed grains had more fiber and several other nutrients and vitamins in their diet when compared to infants who did not consume grains.

Yogurt and cheese should be some of the first foods introduced to infants and toddlers, according to comments submitted to the DGAC by the International Dairy Foods Association, Washington. After one year of age, whole milk should be the preferred drink, according to the IDFA.

Paris-based Danone SA has several recommendations for the Guidelines, said Gemma Hart, vice president of communications and community affairs. Yogurt should be one of the first complementary foods at age 6 months, according to Danone, and complementary foods should be limited in sodium and sugar and provide opportunities to increase vegetable acceptance. The Guidelines should consider evidence on dairy fat since not all types and sources of saturated fat are the same, and they do not all have the same health impact, according to Danone.

The IDFA pointed out the National Association of Pediatric Nurse Practitioners supports consumption of yogurt by infants 6 months and older, and the American Academy of Pediatrics recommends the introduction of yogurt between the ages of 9 and 12 months.

The grain-based foods industry in its comments to the DGAC pointed to a study funded by the Washington-based Grain Foods Foundation that appeared online Nov. 20, 2019, in Nutrients. The study found infants who consumed grains had more fiber and several other nutrients and vitamins in 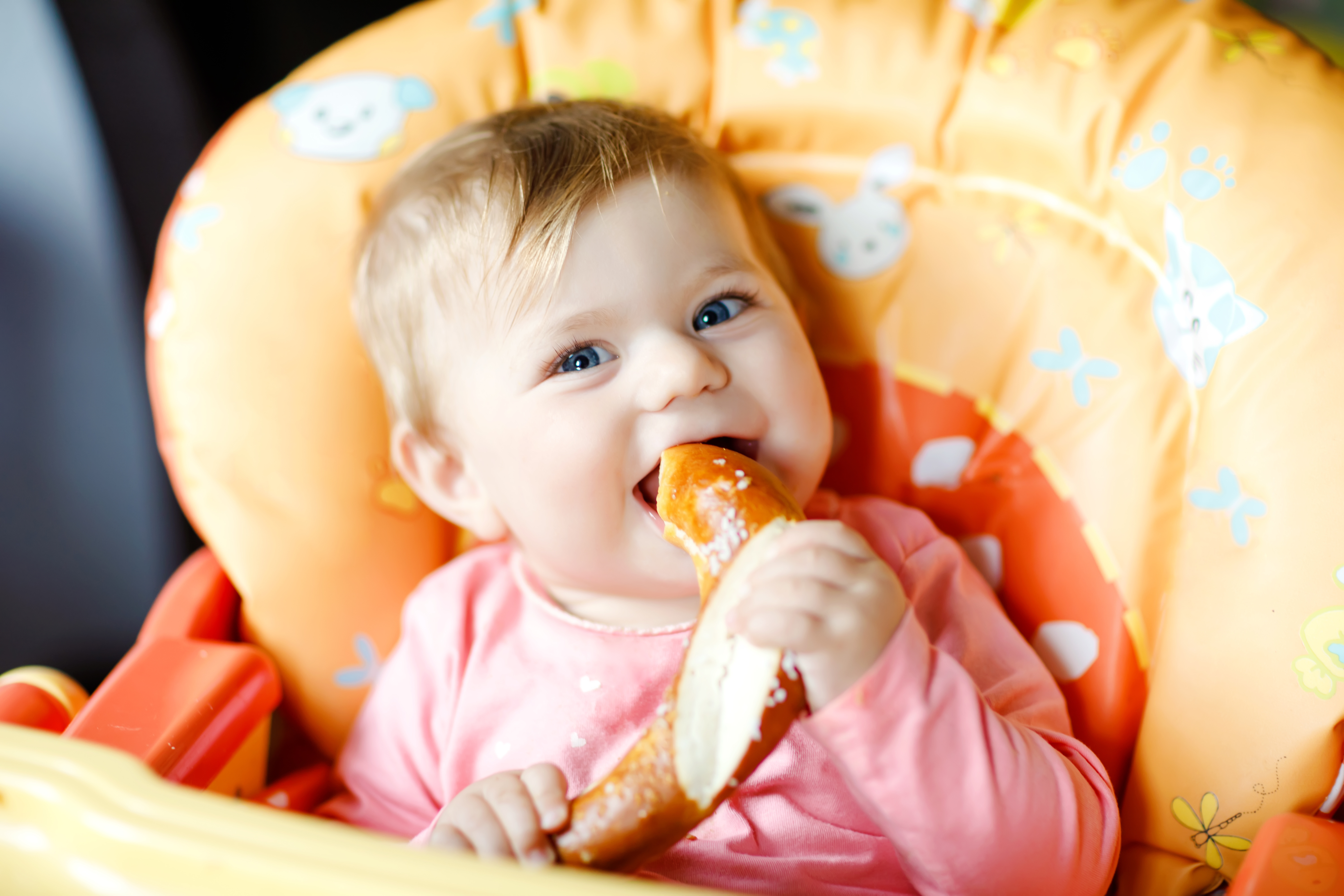 their diet when compared to infants who did not consume grains. The study conducted by Nutritional Strategies, Inc. used infant data from the National Health and Nutrition Examination Survey (NHANES), which involved 24-hour dietary recall.

The “Grain Chain” presented the findings in a Jan. 22 letter sent to the DGAC.

“Grain foods are essential to growth and development in infants and children,” the letter said. “Cereal and rice are among the first solid foods eaten by infants, providing key nutrients for growth and development. Enriched grains are an especially important source of iron, a shortfall nutrient, as well as several B vitamins. These grain foods also aid in the transition to solid foods for infants.

Categories not under review

The systematic review the DGAC is following does not include questions about the differences between dairy milk and plant-based milk alternatives or questions about organic versus non-organic, according to the Infant Nutrition Council of America.

The popularity of both categories, organic baby food and plant-based milk alternatives, appears to be rising. One example is Else Nutrition Holdings, Inc., which has an office in Vancouver, BC, and offers plant-based, non-dairy and non-soy products for babies and children. The company has an infant formula based on a mix of almonds and buckwheat, and it has been granted patents in the United States, Australia, Israel and Japan. Nature’s One, Lewis Center, Ohio, in 2019 announced organic docosahexaenoic acid (DHA), an omega-3 fatty acid, was available in its Baby’s Only Organic formulas. The company also launched plant-based pea protein Baby’s Only Organic toddler formula.

The Dietary Guidelines for Americans recommendations, no matter what they are, could spur more research on pregnant and lactating mothers and infants up to age 2.

“Establishing science-based recommendations for infants and toddlers is a huge and important task,” Ms. Sanders said. “Beyond lactation and infant formula, the committee must review introductory and complementary foods. There isn’t a lot of published data on dietary patterns for this demographic group and even less evidence exists addressing the role of grain foods for infants and toddlers.”

When it comes to baby food, there are gaps in science, Ms. Mountford said.

“We believe the Guidelines should reflect B-24 recommendations that are both science-based and practical for today’s families,” she said. “Thus, while there are recognized gaps in the scientific literature, the 2020-25 publication of the Dietary Guidelines for Americans is an opportunity to communicate what is known about infant nutrition and feeding practices.”

Baby Food Regulatory Health and Wellness
Subscribe to Our Newsletters