LOS ANGELES — Salmon skins previously were a seafood byproduct that was discarded. Now, they are being transformed into a better-for-you snack by Goodfish.

“Goodfish demonstrates that innovation, transparency, and progressive practices in the seafood industry can and must go beyond a niche appeal and tip into the mainstream,” said Douglas Riboud, chief executive officer and co-founder of Goodfish.

Goodfish is a venture founded by the same food entrepreneurs behind Harmless Harvest, manufacturer of coconut water and dairy alternatives. Mr. Riboud and co-founder Justin Guilbert have embarked on the initiative to “positively contribute to solving the seafood conundrum,” they said.

“We have once again found a food category whose industry and sourcing could benefit from progressive practices in a radical way — from environmental impact and wildlife management to ecosystem and social practices — to thrive again,” Mr. Guilbert said. “Goodfish will adapt sustainable seafood to our terrific appetite for healthier snacking.” 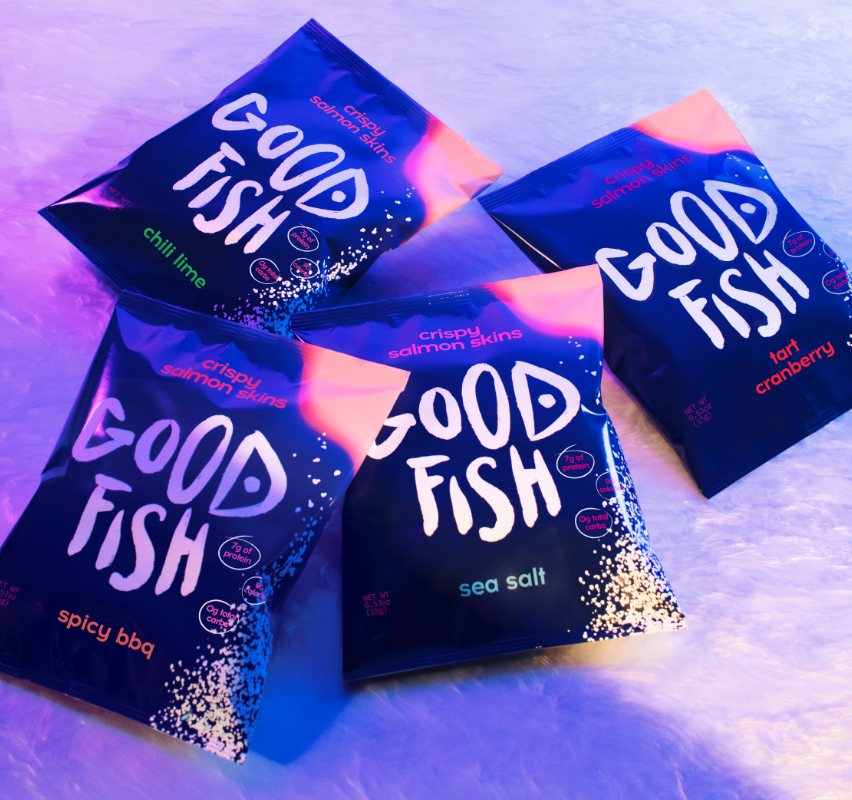 Goodfish has been developing and refining its product and supply chain for more than two years in collaboration with a group of strategic partners led by AF Ventures.

“Goodfish’s founders Douglas and Justin redefined the coconut water space and are well on their way to redefining the snacking industry and how consumers think about their consumption habits in the context of the global marine ecosystem,” said Lauren Jupiter, managing partner of AF Ventures. “Upcycling a nutrient-dense ingredient that has historically been overlooked, Goodfish’s salmon skin is paving the way for future categories to rethink innovation. We are proud to support this challenger brand.”

Goodfish crispy salmon skins are available on the company’s website for $2.99 per 0.5-oz bag.