We use cookies to provide you with a better experience. By continuing to browse the site you are agreeing to our use of cookies in accordance with our Cookie Policy.
Home » Ghost kitchens aim to optimize online ordering

The restaurant industry has seen a massive increase in off-premise business over the last several years. As many as 80% of foodservice operators said it was a major area of focus in 2019, according to the National Restaurant Association.

Some companies have added additional lines to keep up with changing consumer expectations. Others are embracing ghost kitchens, or delivery-centric commercial facilities that operate without a brick-and-mortar location.

They also may improve operational efficiencies at traditional brick-and-mortar locations.

“The proliferation of food delivery apps has created a chaotic environment, with some restaurants using as many as eight or more order management systems,” said Alex Frederick, senior analyst for emerging technology at PitchBook, a data and research company. “Ghost kitchens can help segregate delivery operations, so brick-and-mortar restaurants can focus on the dining experience while virtual restaurants housed within ghost kitchens can optimize the delivery side.”

Reduced wait times are another advantage.

“Restaurants need kitchens to cook in that are closer to where consumers want to eat,” said Jim Collins, chief executive officer at ghost kitchen developer Kitchen United, during a guest appearance on Final Round. “The most important consumer variable is, ‘How quickly can I get my food?’ A consumer will pick a restaurant that’s closer, even if they know it’s inferior, if they know they’re going to get the food sooner.”

To keep wait times low, Kitchen United has opened facilities in core commercial areas. Others operate in industrial areas where real estate is cheap. Miami-based REEF Technology utilizes trailers and shipping containers to build pods that may be moved to areas where demand is highest.

Ghost kitchens vary in layout and in the business services they offer to clients. Kitchen United, for example, centralizes back-of-house and front-of-house tasks so restaurants can focus on food preparation. 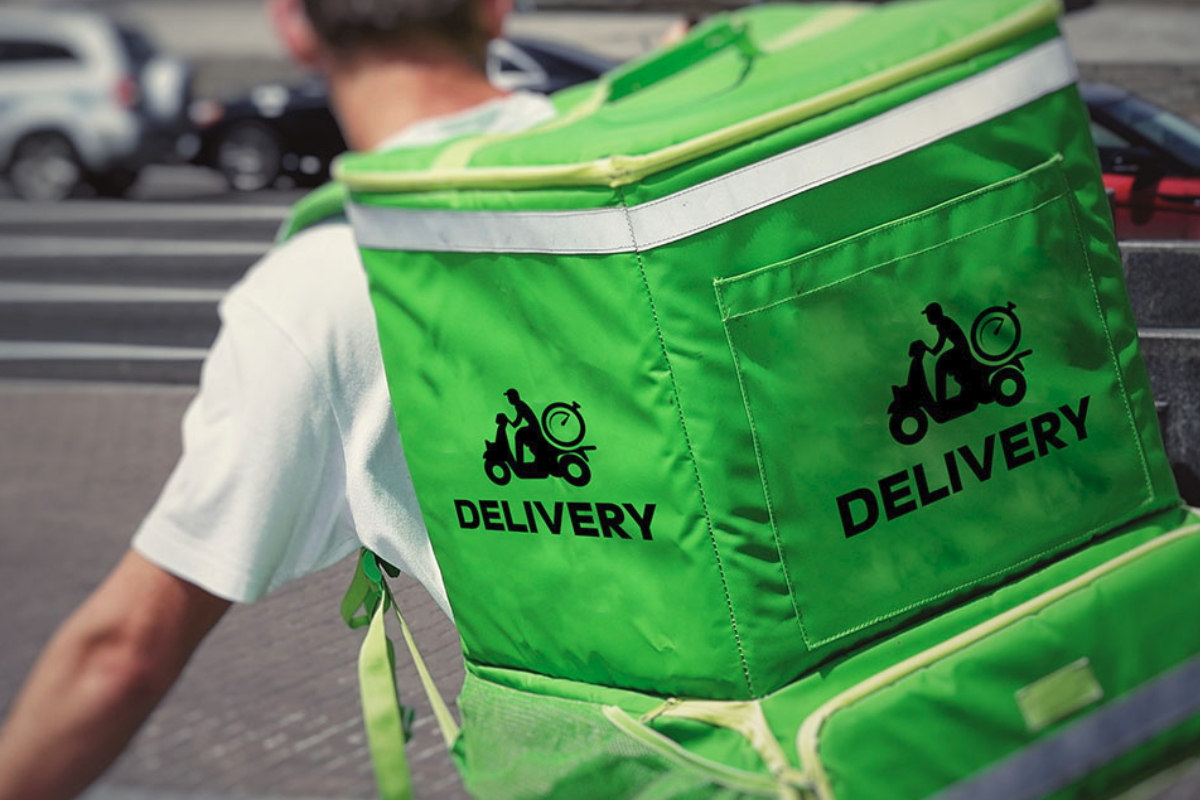 Investors, national chains are catching on

Investment activity in the space has escalated in recent years as off-premise business becomes a larger portion of restaurant sales. Total investments in ghost kitchen developers reached $1.9 billion in 2019, up from approximately $500 million in 2018, according to PitchBook.

Recent high-profile deals include Kitchen United’s $40 million Series B round, led by GV, the venture arm of Google parent Alphabet Inc., and San Francisco-based Virtual Kitchens’ $15 million Series A round. In March 2019, REEF Technology secured $900 million in the largest deal to date for a ghost kitchen developer.

While leaders in the space have so far been focused on smaller restaurants looking to grow their delivery footprint, national chains have started to explore the concept, too.

The Wendy’s Co. began experimenting with delivery-centric kitchens last year. It plans to use the model in high delivery areas and regions where it lacks a brick-and-mortar presence, said Abigail Pringle, international president and chief development officer at Wendy’s.

Restaurants that have partnered with ghost kitchen companies may be better prepared to respond to disruptions caused by the COVID-19 outbreak.

Chick-fil-A has seen an increase in orders at its three test ghost kitchens in Chicago; Hollywood and Redwood City, Calif., as a result of restrictions on dine-in services.

Ghost kitchens have been “instrumental” in executing more business through delivery, said Luke Pipkin, principal program lead, innovation at Chick-fil-A. The facilities also are providing data the company will use to further streamline operations going forward.

The ghost kitchen industry is still nascent, and its impact on restaurants’ ability to meet demand during the outbreak likely will be limited, according to PitchBook.

The bigger impact could come once the outbreak has been contained. Takeout and delivery accounted for nearly 50% of all restaurant spend last year, according to The NPD Group. The current crisis could be a catalyst for further penetration, with ghost kitchens emerging as a major focus for restaurants in the second half of 2020 and beyond.