We use cookies to provide you with a better experience. By continuing to browse the site you are agreeing to our use of cookies in accordance with our Cookie Policy.
Home » Blue Bell Creameries pleads guilty in 2015 recall case

AUSTIN, TEXAS — Blue Bell Creameries LP, Brenham, Texas, pleaded guilty May 1 to charges it shipped products contaminated with Listeria and linked to an outbreak in 2015. The company’s former president, Paul Kruse, was also separately charged with seven felony counts related to his alleged efforts to conceal from customers what the company knew about the contamination.

The company pleaded guilty to two misdemeanor counts of distributing adulterated ice cream products and to pay a criminal fine totaling $17.25 million. Blue Bell also agreed to pay an additional $2.1 million to resolve civil False Claims Act allegations regarding ice cream products manufactured under insanitary conditions and sold to federal facilities. The total $19.35 million in fine and civil settlement payments constitutes the second largest-ever amount paid in resolution of a food-safety matter, according to the Department of Justice (DOJ).

Texas state officials notified Blue Bell in February 2015 that two ice cream products from the company’s Brenham, Texas, plant tested positive for Listeria monocytogenes, according to the plea agreement. Blue Bell management directed its delivery route drivers to remove remaining stock of the two products from store shelves, but the company did not conduct a recall or issue any formal communication to inform customers about the potential Listeria contamination.  Two weeks after receiving notification of the first positive Listeria tests, Texas state officials informed Blue Bell that additional testing confirmed Listeria in a third product.  Blue Bell again chose not to notify customers about the positive tests.

Tests conducted in March 2015 by the Food and Drug Administration (FDA) and Centers for Disease Control and Prevention (CDC) linked the strain of Listeria in one of the Blue Bell ice cream products to a strain that sickened five patients at a Kansas hospital with listeriosis. The FDA, CDC and Blue Bell all issued public recall notifications on March 13, 2015. Subsequent tests confirmed Listeria contamination in a product made at another Blue Bell plant in Broken Arrow, Okla., which led to a second recall announcement on March 23, 2015. 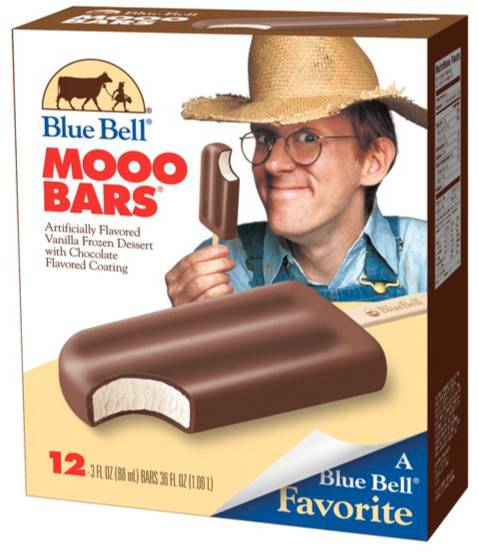 Mr. Kruse, Blue Bell’s former president, allegedly orchestrated a scheme to deceive certain Blue Bell customers after he learned products from the company’s Texas plant tested positive for Listeria, according to the charges filed. Mr. Kruse also allegedly directed other Blue Bell employees to remove potentially contaminated products from store freezers without notifying retailers or consumers about the real reason for the withdrawal. He also is alleged to have directed employees to tell customers who asked why products were removed that there had been an unspecified issue with a manufacturing machine instead of that samples of the products had tested positive for Listeria.

“American consumers rely on food manufacturers to take necessary steps to provide products that are safe to eat,” said Jody Hunt, assistant attorney general of the Department of Justice’s Civil Division. “The Department of Justice will take appropriate action where food manufacturers ignore poor factory conditions or fail to abide by required recall procedures when problems are discovered.”

In a statement, Blue Bell Creameries said, “Today we are a new, different and better Blue Bell. Our agreement with the government involves events that took place five years ago before we shut down and revamped our production facilities and procedures. Since resuming production in the summer of 2015, we test our ice cream and deliver it to stores only after independent tests confirm it is safe.”