We use cookies to provide you with a better experience. By continuing to browse the site you are agreeing to our use of cookies in accordance with our Cookie Policy.
Home » The blockbuster new product launch is back, IRI says

The blockbuster new product launch is back, IRI says

“It’s not just that these products eclipsed the monumental $100 million plateau, but this year’s 10 $100 million-plus launches account for 33% of all Pacesetter dollars, accentuating that big is back,” said Joan Driggs, vice president of content and thought leadership for IRI.

Rounding out the top 10 food and beverage Pacesetters were SlimFast Keto with $76 million in sales, Perdue Simply Smart Organics with $71 million and Kellogg Co.’s Pop-Tart Bites with $68 million. 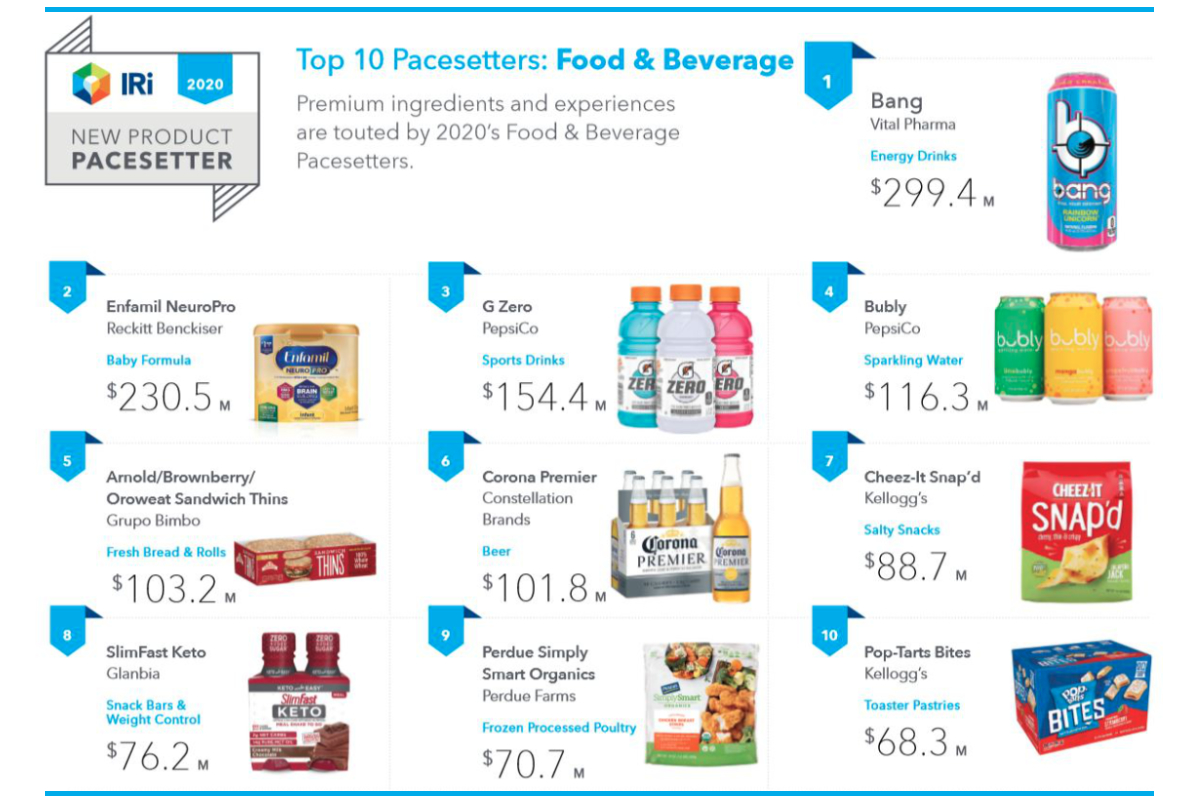 “If only one thing is true about New Product Pacesetters year in and year out, it’s that the formula for a winning product, no matter the size of the company, is having the right product in the right place at the right time for the right consumer,” Ms. Driggs said. “This year’s New Product Pacesetters stand true to that testament, with both small and large brands achieving success thanks to smart distribution strategies and personalized targeted marketing initiatives.”

The natural and non-GMO ingredients trend was evident in the report, with three of the top food and beverage launches offering a non-GMO claim.

A brand that exemplifies innovation and better-for-you attributes, Enfamil NeuroPro, was No. 2 on the food and beverage Pacesetter list. The baby formula features milk fat globule membrane, which is found in breast milk and supports cognitive development in brain structure and function. The formula was the first major scientific enhancement in the baby formula market since DHA fortification became FDA-approved more than two decades ago. 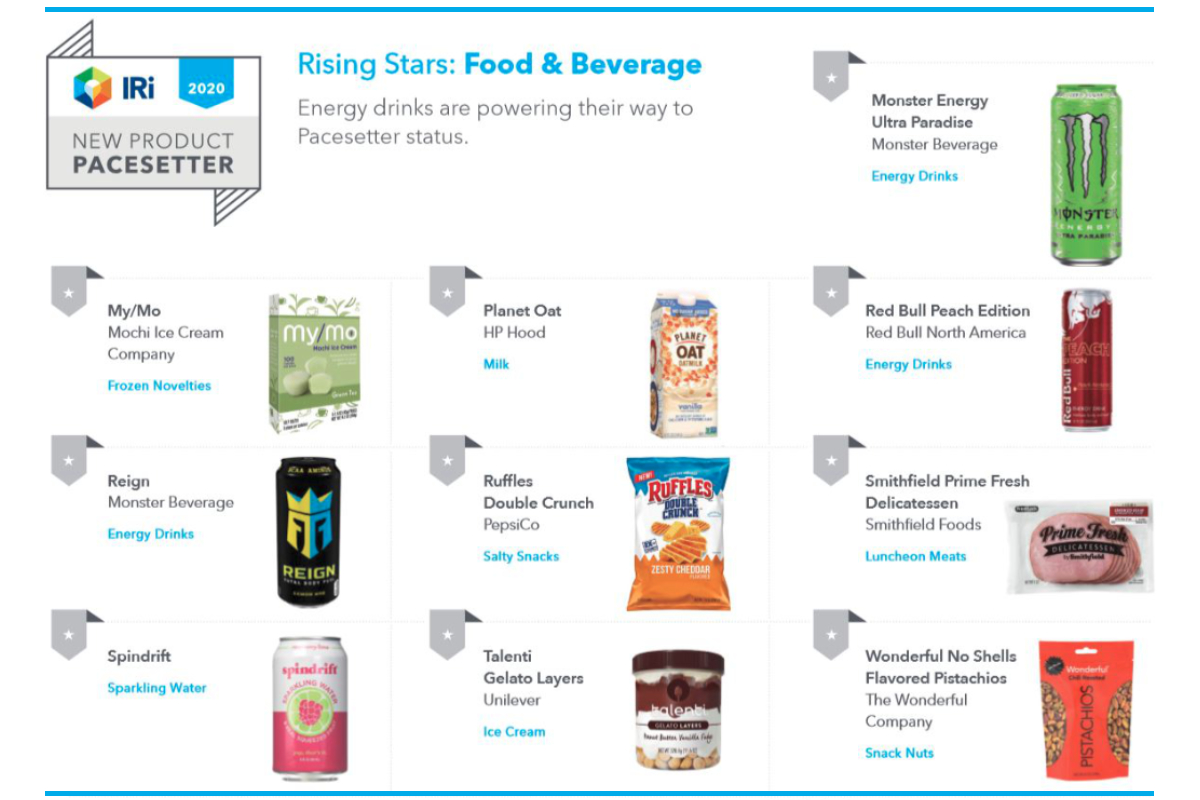 Products identified as Rising Stars historically have made the leap to Pacesetter status, but the report warned the future may be more uncertain under a new post-COVID-19 normal. Product-launch timetables may play a more significant role in the coming years because of long-term effects from changed COVID-19 behaviors, IRI predicted.

Around a third of food and beverage Pacesetters achieved 30% distribution in the first quarter of the calendar year. The timing has held true year-after-year, meaning most innovation for 2020 is already on the market facing unanticipated challenges.

Manufacturers and brand owners should closely monitor production, distribution and the ability to source ingredients in a taxing supply chain, IRI said.

“Innovation will happen, but the key is to identify where the focus should be,” Ms. Driggs said in the report. “Moving forward, pack size, packaging function and certainly hygienic value-adds such as single-serve or portioning capabilities will garner interest. Attributes that were highly acclaimed in 2019 and justified their price tag with consumers, such as sustainable or organic, may have to fight a little harder to earn the purchase in a tight economy. In addition, attributes that matter to consumers may shift. And COVID-19 shopping behaviors, including fewer trips but bigger baskets, may stick with us, limiting exposure to new products.”