We use cookies to provide you with a better experience. By continuing to browse the site you are agreeing to our use of cookies in accordance with our Cookie Policy.
Home » Nut innovation accelerating in snacks, butters

CHICAGO – Trade shows have been canceled since early March and when they will restart is unknown. The cancellations have created barriers innovators must overcome to get their concepts in front of buyers. The barriers also are suppressing the emergence of trends and themes that drive product development. One notable example is the innovation occurring in nut snacks and butters.

Blüm, the new consumer brand from family-owned nut wholesaler Chico Nut Co., Chico, Calif., was fortunate to launch its first product — Toasty Almonds — at the Winter Fancy Food Show in January. Blüm Toasty Almonds comes in five varieties: cinnamon spice, cocoa espresso, garlic Parmesan, honey vanilla sea salt and spicy chile lime. Each kit contains almonds along with almond oil and a seasoning packet. Consumers are instructed to open the container and sprinkle on the oil and seasoning, mixing to fully coat almonds, then transfer onto a pan and bake for 15 to 20 minutes, or until desired level of toasting is reached.

John Peterson, co-owner of Chico Nut Co. and co-founder of Blüm, said the company had not planned on exhibiting at the Winter Fancy Food Show and at the last minute secured a spot. 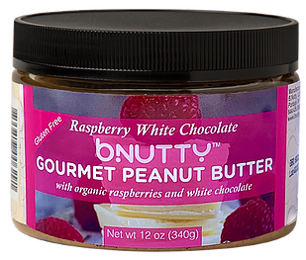 “We scrambled in a short period of time to make it happen, and are so thankful that we did,” he said. “Nothing compares to the in-person contacts you make. It is an easy way to connect and over time, you build upon these relationships.

“We are thankful that we met with established brokers with connections at major retailers. We were able to have a conversation and get things rolling before the pandemic.”

Mr. Peterson said Blüm Toasty Almonds is a first-of-its kind in the retail snack category. The concept came from a product he would make for friends and family.

“We recognized it was time to introduce the consumer to a fresher seasoned almond product,” he said. “The almonds in the kit are pasteurized — by law — but unprocessed. The consumer is the one who seasons them and then has an as fresh-as-possible product.”

Another company that was lucky to get in front of buyers, in particular independent grocers, was bNutty, Merrillville, Ind., which exhibited at The NGA Show (National Grocers Association) at the end of February in San Diego.

The bNutty concept is a line of gourmet peanut butters that come in sweet and savory flavors. Made in small batches, most varieties are loaded with goodies. New offerings include white chocolate truffle, which is made with honey roasted peanuts and dark, milk and white chocolate. Raspberry white chocolate features organic raspberries and white chocolate. For the fall, the company developed a new seasonal offering of pecan pie, which includes bits of candied pecan and pie crust pieces.

At The NGA Show, bNutty received numerous leads the company has been able to follow up on during this work-at-home time for many buyers and brokers, said Carol Podolak, co-owner. 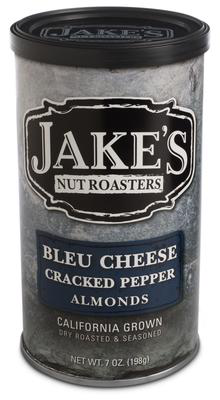 “We were first-time exhibitors at The NGA Show, and so thankful, because as we were heading to the airport for Natural Products Expo West, we received notice that it was canceled,” Ms. Podolak said. “These shows are so important to us and other small businesses to make the connections.”

Joy Thompkins, founder, said, “bNutty is more than just a taste, it’s an experience. Our product is so unique that the buyer has to taste it.”

Jasper Specialty Foods, Newman, Calif., specializes in the production of unique almond-based snacks and confections. It’s a farm-to-market company that plants, farms, harvests and processes the nuts, and then packages, sells and distributes them. A story that appeals to many of today’s shoppers.

Also scheduled to be in Anaheim was Duluth, Ga.-based Nodder Snacks, a company that offers a range of unique combinations of nuts and spices. One of its most recent introductions is bourbon baked pecan nut mix, which was inspired by Southern cuisine and features spices such as chipotle and paprika. In addition to pecans, the mix includes peanuts and sunflower seeds infused with bourbon flavor for a sweet and savory snack. Other flavor combinations include curry cashews, lavender almonds and wasabi hazelnuts.

“People love to snack. Many turn to nuts because they are healthy, crunchy and easy to take along,” said Dawn Sykora, vice president of marketing. “Nut butters are equally delicious and satisfying. Nubu combines the best of both snacks by using nuts and nut butter in a mess free, bite-size treat that can be enjoyed anywhere.”

Boulder, Colo.-based Bobo’s now offers Nut Butter Protein Bars with an exclusive launch nationwide in Whole Foods Market. The brand has taken the standard protein bar and simplified the recipe to 10 ingredients with no sugar alcohols, dairy, gluten or GMOs. Each bar is formulated with peanuts or almonds, and 10 to 11 grams of plant-based protein. The four flavors are: almond butter, banana peanut butter, cherry almond butter with hemp seeds and chocolate chip peanut butter. 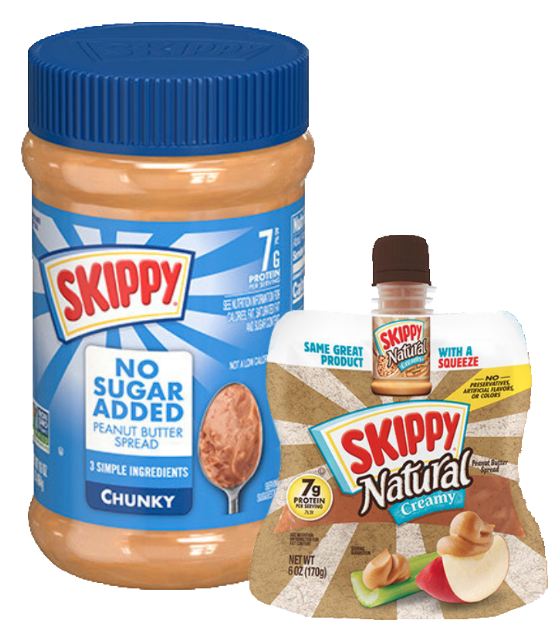 “We know consumers are looking for new ways to enjoy the peanut butter they love while still delivering on taste and product benefits,” said Jennesa Kinscher, Skippy brand manager. “We’re equally as excited about their unique packaging. The convenient, mess-free top of Skippy Squeeze and the wide, squat jar of Skippy Added Protein help us address the dreaded ‘peanut butter knuckles.’”