We use cookies to provide you with a better experience. By continuing to browse the site you are agreeing to our use of cookies in accordance with our Cookie Policy.
Home » Snack trend evolution

KANSAS CITY — Millions of Americans gobbled popcorn, potato chips and crackers to cope as the coronavirus pandemic unleashed economic and social turmoil across the globe. Demand for brands including Cheetos and Cheez-It exploded in March, contributing to a short-term boom in the salty snacks category, which was set for a slowdown, said Beth Bloom, associate director of food and drink reports for Mintel, Chicago.

Total US sales of salty snacks increased by nearly 7% in 2019, surpassing $19 billion, but the rate of growth was expected to decelerate with shoppers opting for healthier snack alternatives. Research suggests the ongoing crisis has momentarily disrupted an expanding consumer desire to discover new flavors, ingredients and brands.

“Consumers are stocking up on shelf-stable goods in general and seeking affordable, familiar, comforting foods, such as their favorite salty snacks,” Ms. Bloom said. 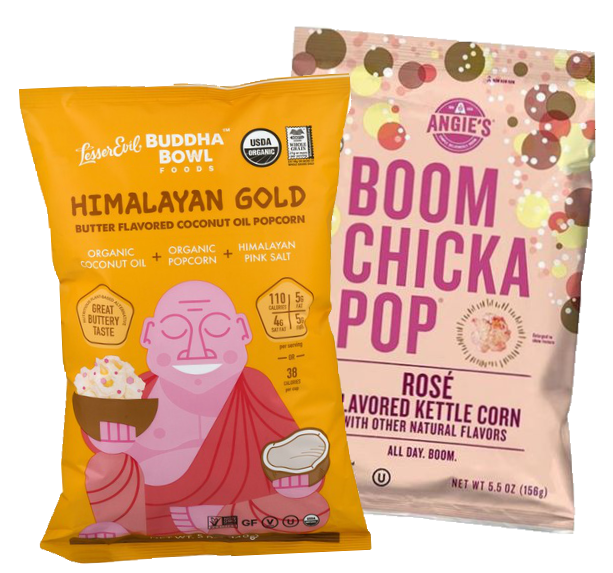 Prior to the pandemic, snacks formulated with ingredients such as cassava and chickpeas were gaining popularity, promising a premium or more healthful experience than traditional offerings based on corn or potatoes. Flavors such as basil, avocado and sweet chili drew high levels of interest from mainstream shoppers, according to Mintel.

As the virus spread, consumers, in pursuit of comfort and familiarity, scooped up extraordinary volumes of conventional snacks produced by the leading consumer packaged goods companies. Kellogg Co., Battle Creek, Mich., saw cracker sales jump nearly 40% in March over the prior year. PepsiCo, Inc., Purchase, NY, tracked strong double-digit growth of brands, including Lay’s and Tostitos, up 32% and 42%, respectively.

While consumers stayed home to stem the spread of the virus, demand for on-the-go snacks eased. General Mills, Inc., Minneapolis, indicated sales of the company’s nutrition bars were soft in the most recent quarter.

Such dynamics in consumer snacking behavior are temporary and will continue to evolve in the foreseeable future. Over the coming months, consumers are expected to return to a wider variety of snack options, including those that are more health focused, according to Mintel. Longer term, an economic downturn may prompt consumers to curb non-essential purchases, such as snacks. However, a post-recession period will spark demand for more premium, innovative options, Ms. Bloom said.

“Snackers primarily do so to satisfy cravings, meaning salty snack brands will need to continue to deliver on — and even bolster, for some segments — indulgence,” Ms. Bloom noted. “At the same time, consumers are looking for lower-guilt snack options that can contribute to health. Both don’t need to be achieved in one catchall snack.”

Sally Lyons Wyatt, executive vice president and practice leader at Information Resources, Inc. (IRI), said convenience will continue to be important to consumers post-pandemic, noting strong preferences by younger generations and Hispanic consumers. Price will be critical to success going forward, too, as 72% of consumers look at the price before choosing a snack, according to IRI data.

Ms. Lyons Wyatt also cited interest in snacks that offer health benefits. Fifty-four percent of consumers said they want snacks that contain vitamins and minerals, and 38% seek snacks containing probiotics, according to IRI. Forty-eight percent of consumers are looking for snack products that are high in fiber to benefit digestion. Products featuring a collagen claim grew 46% last year, and snacks containing cannabidiol also are surging in a variety of forms and channels, Ms. Lyons Wyatt said. 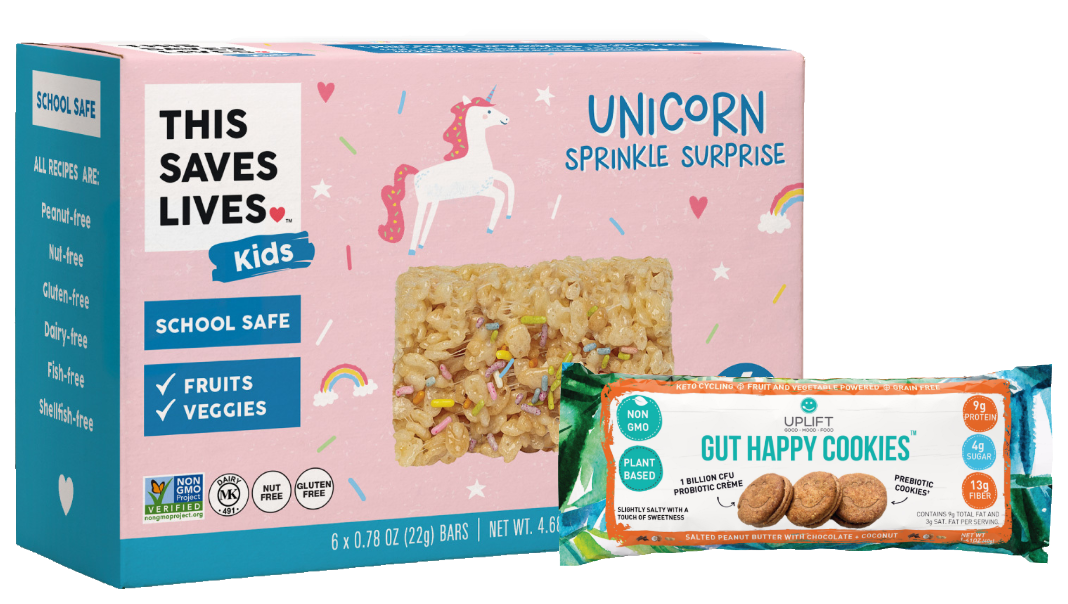 “Consumers have a growing array of snack options to choose from, meaning the competition for inclusion in snack occasions is stronger than ever,” Ms. Bloom said. “Satiety, indulgence, health and portability will be key factors of focus to ensure relevance.”

Vegetable inclusions add a healthful appeal to crackers, chips and even crispy rice treats. The Campbell Soup Co., Camden, NJ, introduced Goldfish Veggie Crackers, which provide a one-third serving of vegetables and are made with colors sourced from plants. Flavors include cheesy tomato and sweet carrot.

“Veggie Goldfish serves as a new option for today’s consumer who is looking to fulfill the trifecta need of a convenient, delicious and nutritious snack,” said Janda Lukin, chief marketing officer for Campbell’s Snacks.

Los Angeles-based This Saves Lives debuted Kids Krispy Kritter Treats, a line of snacks for children that provide one full serving of fruits and vegetables per serving. The marshmallow crispy rice treats contain a blend of apple, onion, broccoli, kale, cranberry and raspberry.

“Avocados are one of Americas favorite foods … yet, aside from avocado toast and in salads, there has been very little innovation in how we enjoy avocados,” said Harrison Fugman, chief executive officer of The Naked Market. “Avo Crazy will fill that void with avocado puffs that are delicious and nutritious.”

Flavor remains the leading driver of snack choice, followed by treating oneself as a top motivation for snacking, according to Mintel research. Seventy-nine percent of consumers surveyed by Mintel said flavor is more important than brand when choosing a snack, and 52% said taste is more important than health when eating snacks.

Nearly half of snack consumers surveyed by Mintel said they like to experiment with new flavors in snacks. Mainstream mainstays such as barbecue, salt, ranch and garlic remain the most popular, but pickle, rosemary, bourbon and Nashville hot are among emerging snack flavors that appealed to survey participants. 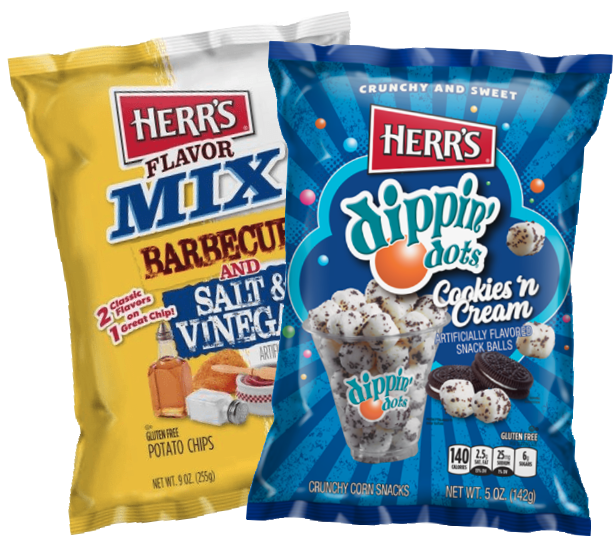 From Utz Quality Foods, LLC, Hanover, Pa., Zapp’s Evil Eye kettle-style potato chips have an underlying mild heat and are described by the company as “a conundrum of flavors that lives up to the sights, sounds and soul of New Orleans.”

Meal-inspired flavors are showing up in snack offerings, too. 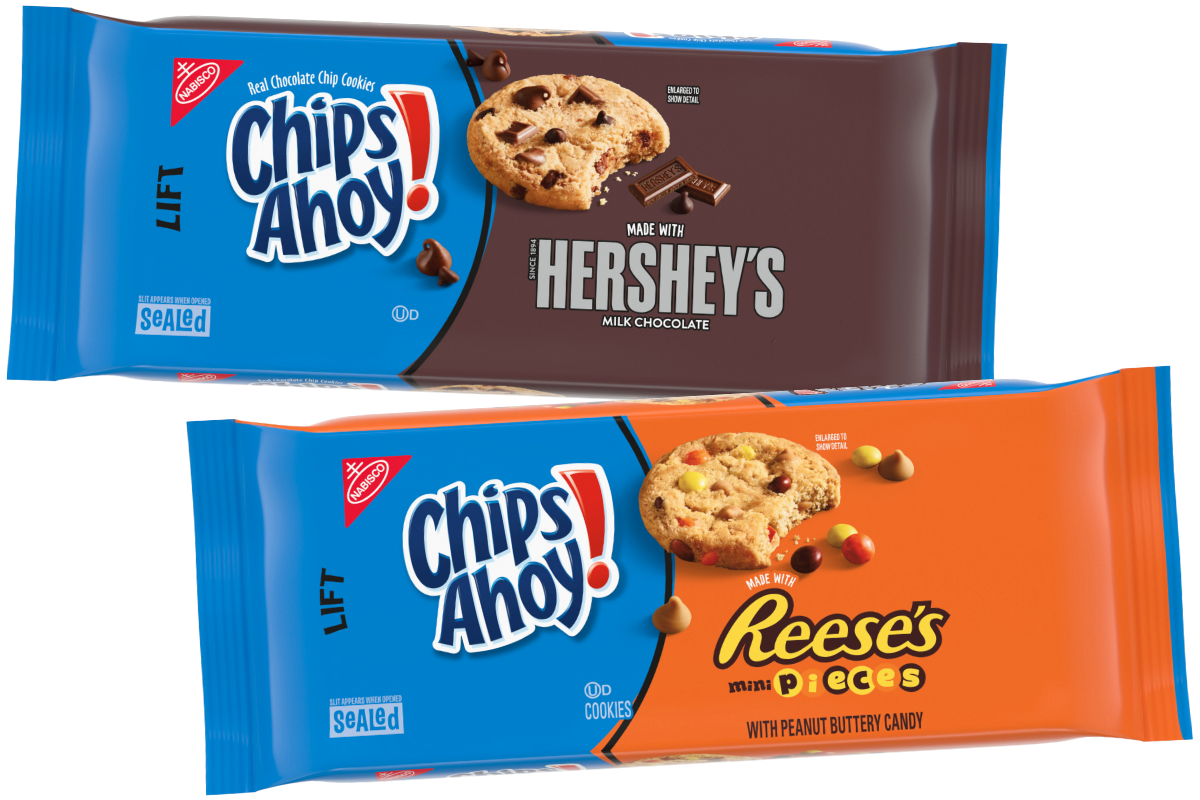 On the sweet side, nostalgic flavors like peanut butter and jelly, birthday cake, breakfast cereal and soda pop remain popular across a variety of categories, including cookies, chocolate, bites and bars. Classic ice cream flavors such as hot fudge sundae, orange creamsicle and root beer floats are gaining traction in sweet snacks.

Hybrids remain popular in new product development as brands collaborate to bring familiar flavors to new aisles of the grocery store. Candy and cookie brands are combined with popcorn as an indulgent snack. Herr’s has partnered with the Dippin’ Dots ice cream brand to create cookies and cream and birthday cake flavored crunchy corn snacks.

“With Chips Ahoy!, we’re always looking for new delicious flavors to bring to life in a chocolate chip cookie that will provide consumers with the variety they crave in their sweet snacks,” said Sabrina Sierant, associate director for the Chips Ahoy! brand.