We use cookies to provide you with a better experience. By continuing to browse the site you are agreeing to our use of cookies in accordance with our Cookie Policy.
Home » In flat bread market, Flowers cuts long-term targets

THOMASVILLE, GA. — Flowers Foods, Inc. is lowering its long-term goals for sales growth and changing its benchmarks for earnings, even as the company dials up its efforts to gain market share and to cut costs.

The decision to change the company’s long-term goals, about 3½ years after the last long-term goals were set, was explained by A. Ryals McMullian, president and chief executive officer.

“When we announced Project Centennial back in 2017, many of you remember we issued an EBITDA margin goal of 13% to 14%, with the bulk of that margin expansion to come from cost savings,” he said. “We have made a lot of progress in removing costs from the organization. But as some of you know, we have had difficulty translating those savings to the bottom line, primarily due to inflationary headwinds from things like labor, ingredients, packaging and transportation.”

The sales and EBITDA targets represent organic business growth, Mr. McMullian said, but future acquisitions and share purchases are included in the earnings per share targets.

“We expect sales growth to come from a combination of branded retail, but partially offset by revenue declines as we anticipate exiting certain underperforming pieces of business over time,” he said. “Similarly, the EBITDA and EPS growth model also assumes the margin-enhancing benefits of a higher branded retail mix and better cost management, but we’re expecting that to be partially offset by the contribution losses associated with the exit of that lower-margin business over time.”

In July, the company announced an adjustment to its organizational structure under which the Fresh Packaged Bread business unit and Specialty/Snacking business unit were consolidated under the leadership of H. Mark Courtney, who has been named chief brand officer. The company’s snack cake business will be operated as a standalone business, headed by David M. Roach.

The consolidation is intended to help the company focus more intently on building its brands, an effort Mr. McMullian said will be complemented by a partnership between the company’s corporate development group and an innovation function.

The move, he said, is “designed to identify innovative opportunities beyond the core business that can enhance our growth and margin profile.” He continued, “In short, we intend to be proactive, and we’ll be seeking to become a more innovative company, both organically and by leveraging the power of entrepreneurship that smaller companies bring.”

To enhance margins, the company recently announced a number of staff cuts and for several months has been working on an effort to rationalize its product portfolio and optimize its supply chain in an initiative the company had said would generate $10 million to $20 million in costs savings per year.

“Frankly, I think we’ll end up this year exceeding the top end of that range,” Mr. McMullian said. “I also expect that we’ll enjoy some further benefits from this work into 2021 as well.”

While Project Centennial failed to yield the company’s financial objectives, the work completed under the initiative paved the way for what Flowers is trying to achieve in the years ahead, Mr. McMullian said.

“(Project) Centennial marked a significant shift in our culture and our mindset, from a sales and operations-focused enterprise, to a consumer-focused organization that is focused on delivering innovative items to our consumers,” he said. “Were it not for Centennial and all the changes and challenges that it brought, we’d be starting many, many steps back from where we are today.”

“Over time, we expect this plan to deliver meaningful total shareholder returns through a combination of top-line growth and bottom-line margin expansion. Important to note again, the top-line and EBITDA targets just reflect the organic business growth, but the EPS target does include the effects of potential future M&A and/or opportunistic share repurchases. We expect sales growth to come from a combination of branded retail, but partially offset by revenue declines as we anticipate exiting certain underperforming pieces of business over time. Similarly, the EBITDA and EPS growth model also assumes the margin-enhancing benefits of a higher branded retail mix and better cost management, but we’re expecting that to be partially offset by the contribution losses associated with the exit of that lower-margin business over time.”

Elaborating on efforts to enhance margins through efficiencies was Bradley K. Alexander, chief operating officer. The success the company experienced in the second quarter with an elevated ratio of branded versus non-branded sales has “strengthened our team’s resolve” to make further progress toward the right product portfolio mix and optimal bakery network, he said. 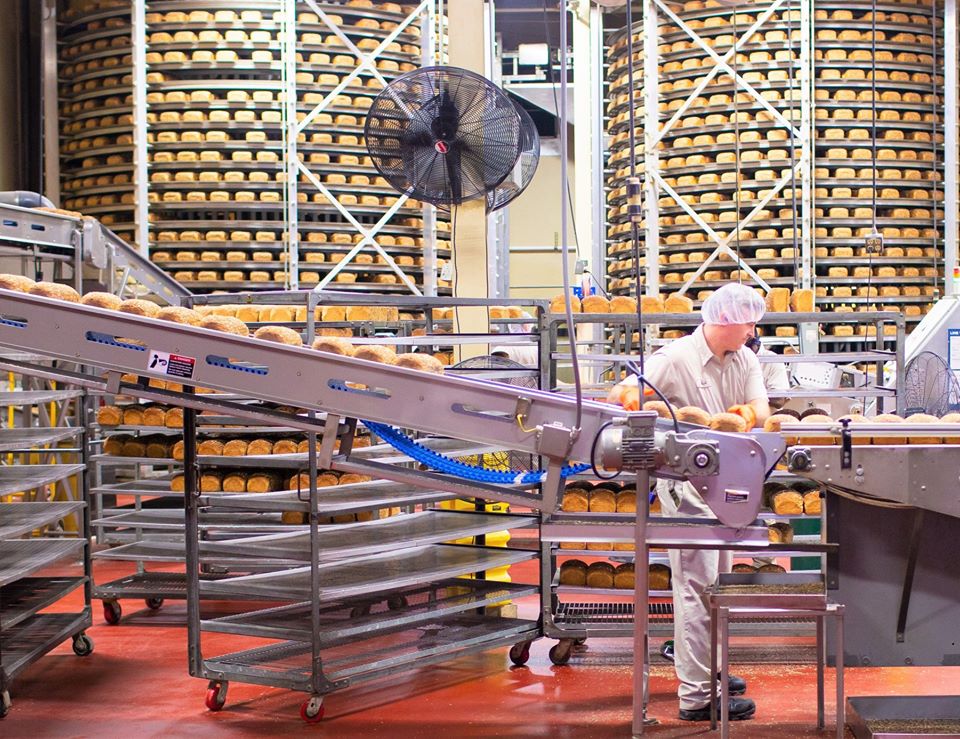 “Most of our bakeries produce a variety of items, including bread, buns and rolls,” he said. “That versatility allows us to alter our mix to meet changing consumer demands, including changes due to a hurricane or the current pandemic. The rest of our supply chain is equally flexible, as our depots and independent distributor partners can distribute a variety of products efficiently to the marketplace. It is important to highlight that while the products we produce can vary, many of our costs, whether production or distribution, are largely fixed. Given that network flexibility and the fixed asset base, our portfolio strategy informs the brands and segments that we target. By pivoting capacity to our most powerful brands, we maximize our revenues and margin expansion potential.”

As an example, Mr. Alexander cited the work Flowers did to convert its Lynchburg, Va., plant from what he called a “fairly standard portfolio” of bread and rolls to a focus on production of Dave’s Killer bread. The move will save transportation costs for DKB shipments to the mid-Atlantic and Northeast states, and, by shifting production of other products to nearby bakeries, improving capacity utilization at those facilities, he said.

“That process allows us to negotiate better pricing and terms on the business we decide to keep,” he said. “The end result is a higher mix of branded retail products and a more profitable mix of store brand and foodservice business.”

Mr. Courtney described Flowers as “the clear leader” in the loaf bread segment, with a 30% market share. Breaking down this market further, he said loaf bread is used for two primary occasions — lunch sandwiches and breakfast toast. Flowers over-indexes in the lunch sandwich category and is fairly indexed in breakfast toast. Rich opportunities for growth exist for Flowers in the non-toast breakfast category and for dinner. 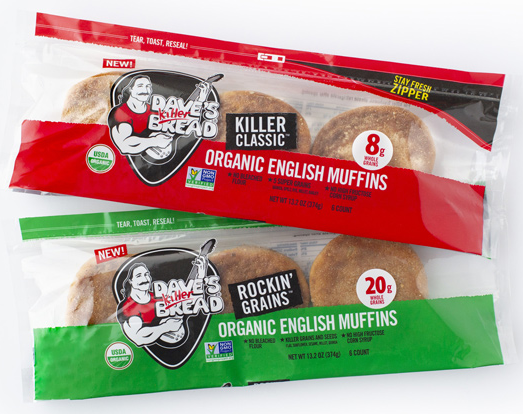 DKB has been the brand Flowers has utilized to make inroads in the breakfast market. Mr. Courtney said that over three years, DKB bagels and English muffins have grown to more than a $100 million business and have boosted Flowers’ breakfast share by 420 basis points.

“This year, we made a strong push in the dinner meal occasion, specifically with sandwich buns,” he said. “Now it’s true that we’ve sold buns for many years, but our growth has been limited by two factors. First, much of our bun capacity has been dedicated to nonbranded buns. And secondly, our branded bun strategy has been fragmented, with most of our sales efforts behind our regional brands. Our portfolio strategy addresses both of these issues, as we have defined and communicated that our first priority for line capacity is branded retail, and our mainstream bun priority is Wonder. We’re leveraging the power of the Wonder brand and have rallied our team’s efforts behind this iconic brand.

“We’ve also launched innovation in our premium and super premium brands, Nature’s Own perfectly crafted brioche buns were introduced this year. Dave’s Killer buns have been introduced. And for the gluten-free consumer, we have launched Canyon Bakehouse Burger buns. I’m pleased to say that early results for the entire bun segment in our branded business is up 29%, and our share has improved 80 basis points in the second quarter in this $3.5 billion segment.”

Future of snack cake at Flowers?

“We’ve got a tremendous opportunity if we can get the Navy Yard bakery back to where it needs to be, back to operational excellence,” Mr. McMullian said. “The incremental profit opportunity is quite large. It’s also great support for our routes. The independent distributors like having cake on their trucks. And frankly, Tastykake is a big brand.”