We use cookies to provide you with a better experience. By continuing to browse the site you are agreeing to our use of cookies in accordance with our Cookie Policy.
Home » ‘Cool Food Meals’ certification highlights climate-friendly menu items

The World Resources Institute (WRI) launched the certification program to help consumers choose climate-friendly menu items when dining out or ordering in. The Cool Food Meals badge identifies dishes with a lower carbon footprint, in line with what WRI research found was needed within the next 10 years to meet the Paris Agreement on climate change.

“As kids, we were always told to eat our vegetables — and now there’s another reason to do so,” said Andrew Steer, president and chief executive officer of the WRI. “A quarter of greenhouse gas emissions are from agriculture and related deforestation. With the new Cool Food Meals certification, consumers will know if their food choices are helping the climate.”

Panera Bread is the first company with menu items to receive the Cool Food Meals certification. Beginning in mid-October, the company will label Cool Food Meals across its entire digital menu with the badge appearing on its website and mobile app.

“Our guests have many choices for delicious food with a lower carbon footprint, making it possible to help impact climate change through the food they eat in our bakery-cafes,” Mr. Chaudhary said. “The Cool Food Meals certification is giving Panera another way to give our guests information to make choices that align with their values, which is something we’ve always believed in.”

Using a dish’s ingredient list, the WRI calculates its carbon footprint by analyzing the emissions from the agricultural supply chain and the land used to produce the menu item. If a dish’s carbon footprint falls below an established per-meal threshold and meets a nutrition safeguard, it is approved as a Cool Food Meal. 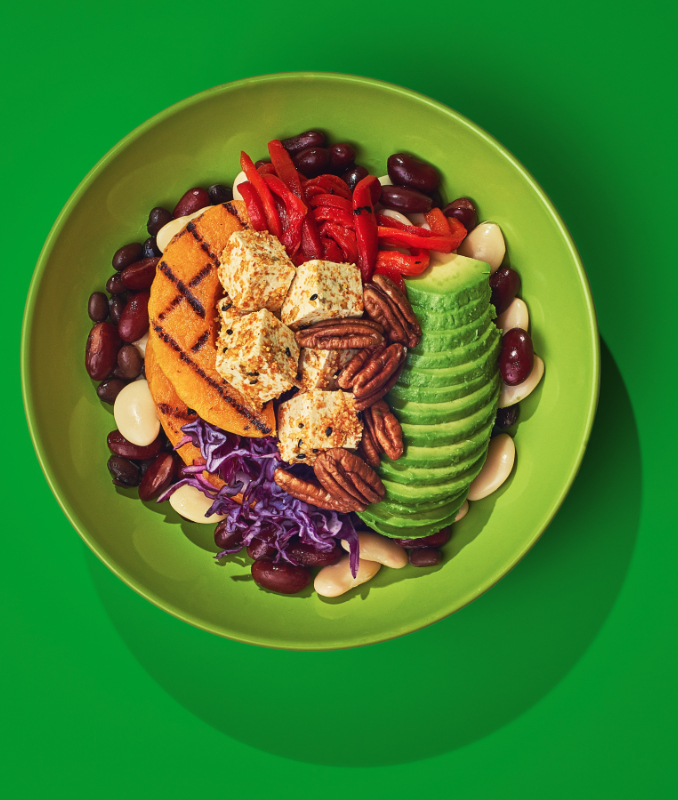 Shifting diets toward less resource-intensive foods like legumes and vegetables is an important priority at the WRI, he added, as animal-based foods account for two-thirds of agriculture-related greenhouse gas emissions.

Consumers are tapping into the issue, too. More than half of Americans said it’s important that the food they consume is sustainable, according to data from The International Food Information Council (IFIC).

Another study, from the Yale Program for Climate Change Communication, found half of consumers are willing to choose more sustainable foods if they have access to information about their diet’s environmental impact.

Nestle, Harvester, New York University and the city of Toronto are among the newest members to sign on to the pledge. Early data from 2019 show members already have reduced their food-related emissions by 3% collectively, the WRI said.