We use cookies to provide you with a better experience. By continuing to browse the site you are agreeing to our use of cookies in accordance with our Cookie Policy.
Home » Banza enters frozen pizza category

NEW YORK — Could chickpeas be the next big thing in the frozen pizza category? Brian Rudolph is betting on it.

Five years ago, he, with his brother Scott, co-founded Banza, a brand of chickpea-based pasta with twice the protein and four times the fiber of traditional wheat pasta. The product was named alongside the hoverboard scooter and Tesla Model X as one of the best inventions of 2015, according to Time magazine.

Now the New York-based company aims to reinvent another comfort food with chickpeas as the hero ingredient. Banza Pizza is debuting nationwide in Target, Whole Foods Market, Wegmans and Heinen’s stores. The products feature a crust made from chickpeas, olive oil, yeast and oregano that has a crispy texture with a sturdy, doughy center, according to the company. Pizza varieties include four-cheese, roasted vegetable and Margherita.  The brand also is offering a two-pack of plain crusts.

“As a company our goal is to increase consumption of legumes, and we’re always looking for new ways to get them into the American diet because here in the US we only eat a third of the recommended daily value,” Mr. Rudolph told Food Business News. “We looked at foods that might be a fit, and we recognized that there’s a lot in common between pizza and pasta. One of those things is it’s a food that people have really strong feelings for, they actively love, but also for whatever reason might avoid. That makes it an interesting opportunity to sneak some legumes into the product and allow people to feel more comfortable eating a food they love while eating this incredible ingredient that they should probably be eating more of.”

Banza has become the fastest-growing pasta brand in the United States with distribution in more than 13,500 stores. The brand offers 16 pasta shapes, six varieties of macaroni and cheese, and four varieties of a rice alternative made from chickpeas.

“We see all foods that are made from wheat, rice and corn as fair game,” Mr. Rudolph said of product development. “As a company, we’ll probably choose to focus on mealtime foods just because … the idea of creating foods that bring people together is a special thing.”

The company discovered through consumer research that people often designate only one night of the week as “pizza night,” and while 43% of consumers said they love frozen pizza, 25% said they avoid eating it.

Cauliflower is a recent craze in frozen pizza, as companies including Caulipower and Cali’flour Foods have entered the market and inspired mainstream brands to introduce lower-carbohydrate offerings formulated with the vegetable. Better-for-you frozen pizza varieties grew 26% between May and August, according to Nielsen data, while regular frozen pizza grew 7%. 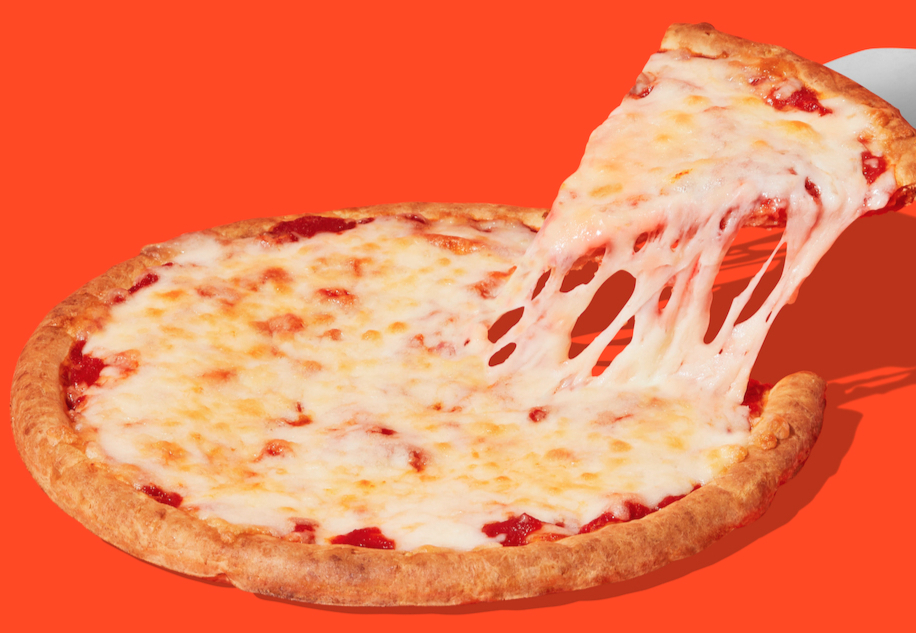 “We’re really driven to figure out how to get more beans into people’s lives,” Mr. Rudolph said. “We’ll continue to let that be our guiding light as we move forward.”

The launch of the pizzas mark Banza’s debut in the frozen aisle. As many companies have discovered in recent months, introducing a new product during the pandemic poses unforeseen challenges. In-store sampling, for example, is no longer an option.

“I feel confident if we did have the opportunity to demo it, it would yield really positive results,” Mr. Rudolph said. “In the future that definitely will be part of our plan, but at launch we’re going to have to find other unique ways of reaching people whether that’s through social media, certainly through our own channels. We’re going to have to get scrappy and figure it out.”