We use cookies to provide you with a better experience. By continuing to browse the site you are agreeing to our use of cookies in accordance with our Cookie Policy.
Home » E-commerce keys Walmart’s quarterly growth

BENTONVILLE, ARK. — Driven overwhelmingly by growth in its e-commerce business, comparable sales in the US business of Walmart Inc. rose 6.4% in the company’s third quarter. While Walmart’s online business continued to operate at a loss, C. Douglas McMillon, president and chief executive officer, said the e-commerce business is “just getting started.”

Adjusted operating income in the third quarter was $5.8 billion, up 23% from $4.7 billion the year before.

Walmart attributed the 6.4% gain in comparable store sales to numerous key categories, including food. Meanwhile, US e-commerce sales jumped 79% during the quarter, contributing about 570 basis points to comparable sales, or almost 90% of the comparable store growth.

The impact of online shopping on Walmart during the third quarter was emphasized by Mr. McMillon in a Nov. 17 conference call with investment analysts.

“With the outbreak of COVID-19, the retail world clicked to a fast-forward, and our ability to adapt quickly has been crucial,” he said. “Changes in customer behavior have accelerated the shift to e-commerce and digital. We were well positioned to catch and ride these waves given our previous work and investments. Our e-commerce and omnichannel penetration continue to rise, accelerating trends by two to three years in some cases. We’re convinced that most of the behavior change will persist beyond the pandemic and that our combination of strong stores and emerging digital capabilities will be a winning formula. Customers will want to be served in a variety of ways, and we’re positioned to save them money, provide the variety of product choices they’re looking for and deliver the experience they choose in the moment.”

“With the outbreak of COVID-19, the retail world clicked to a fast-forward, and our ability to adapt quickly has been crucial.” — Douglas McMillon, Walmart

He said results featured growth both in pickup and delivery as well as direct-to-home with the greatest growth coming from Walmart Marketplace, which allows third-party sellers to list products on Walmart’s website. He called the launch of Walmart+, a membership offering benefits including unlimited free delivery, fuel discounts and “scan and go” checkout in stores, an “important piece of the puzzle.”

“Over time, we'll evaluate the program against our broader set of assets with the aim of improving the value proposition and deepening our relationship with customers, including earning a greater share of wallet,” Mr. McMillon said.

John R. Furner, executive vice president and president and CEO of Walmart US, said the company has doubled the number of associates to 140,000 working in the pickup department for e-commerce.

“And more and more, we’re offering more items in the supercenter that are available for pickup,” Mr. Furner said. “And the supercenter, which is just a fantastic retail format, is also at times of the year operated as a fulfillment center. We have up to 2,500 stores that were shipping for home.” 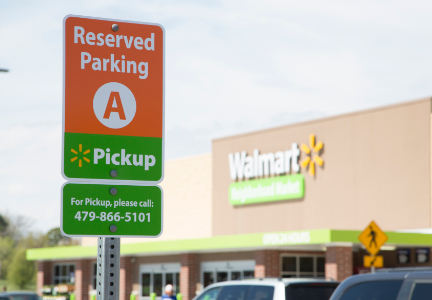 Asked by analysts about losses sustained by the e-commerce business, Mr. McMillon acknowledged that the program was not yet in the black and assured investors that management “will keep an eye on e-commerce as a business.”

“But also, remember, we’ve got all these other levers,” he said. “It's an omnichannel business.”

More generally, he said of the investments the company was making in e-commerce and Walmart+, “We're putting together an ecosystem. These parts are connected, and I do think Walmart+ can be helpful in a lot of ways over time.”

He was especially upbeat when describing where the business was headed.

“We’re just getting started,” he said. “We have made progress… We’ve got a lot of upside in front of us and a lot of things that we can do to improve the customer experience and to drive income for the company.”

Mr. Biggs added that while the e-commerce business has continued operating at a loss, margins have been improving significantly. 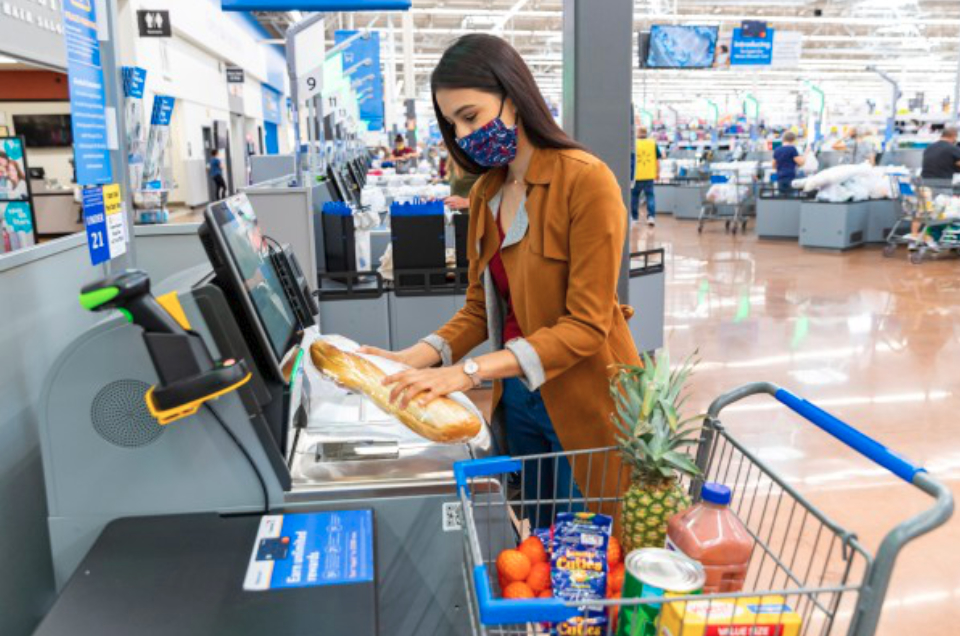 “We continue to see trip consolidation and significantly larger baskets in Q3, resulting in an average ticket increase of about 24% and a transaction decrease of about 14%,” he said. “Customer transactions began to improve after we expanded store hours, and we expect this trend to continue as we further extend store hours this month.”

Mr. Furner said food comparable sales were up in the mid- to high-single-digit range and that the company gained market share during the quarter.

Explaining the hours-of-operation changes, he said stores now are open until 10 p.m., after closing at 8:30 p.m. during the second quarter.

“And in some locations where we felt it was safe, we moved downwards to 11 p.m.,” he said.

Mr. Furner said the company’s food business also has been boosted by an improved ability to maintain adequate product inventories. He said the food sector has experienced only modest price inflation “in some food categories.”

“But no major change there,” he said. “Our price gaps did widen in the second quarter… We did note that we saw less promotions around the market, and primarily that would have been caused by the number of stock-outs that we’re seeing nationally second. So again, in the quarter, we definitely saw less promotions. As we said earlier, our price gap versus our competition widened in the second quarter and remained wide in the third quarter.”

An analyst asked Mr. McMillon whether Walmart is seeing pantry loading once again. 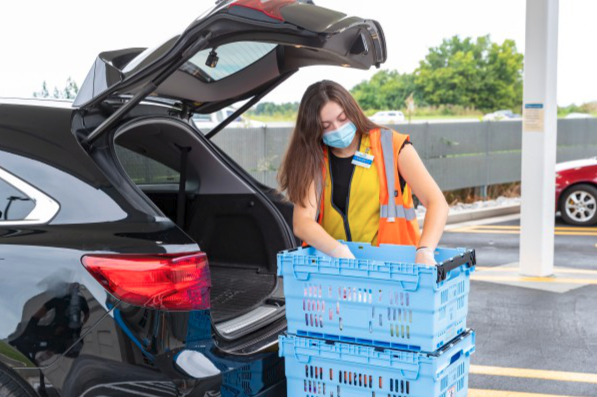 “It really does have everything to do with what's happening with COVID cases in any particular community,” he responded. “I was in stores last week, and I saw variance from one state to the other, one location to the other. It just depends on how people are feeling in that moment.”

Regardless of Walmart’s success during the quarter, Mr. McMillon said many of the company’s vendors have been adversely affected by the worsening coronavirus pandemic. He called for assistance from the federal government.

“We realize the increasing cases will put more pressure on small businesses that have been heavily impacted by the pandemic,” he said. “As various governments around the country tighten up to help keep people healthy, it will be imperative that elected officials in Washington work together to deliver the help so many small businesses need to get through this next phase of the pandemic.”

He went on to offer his congratulations to President-elect Joe Biden and said the company looks forward to working with the new administration and both houses of Congress to “move the country forward and solve issues on behalf of our associates, customers and other stakeholders.”