We use cookies to provide you with a better experience. By continuing to browse the site you are agreeing to our use of cookies in accordance with our Cookie Policy.
Home » Gr8nola expands lineup of superfood granolas

The product is launching in partnership with Nigel Barker, fashion photographer and television personality, to support Girl Up, an organization that provides leadership development training to young women. The company has pledged to donate 8% of proceeds of the product to the cause.

“I knew I wanted to get involved with Girl Up when I heard Nigel’s passion for the organization, which ultimately led to this fun flavor collab,” said Erica Liu Williams, founder of gr8nola. “Driven by a passion to inspire other female entrepreneurs, I worked with Nigel to form a mentorship program for five selected girl leaders from the Girl Up community to work behind-the-scenes with me to develop this new flavor — all the way from concept to becoming your new favorite breakfast staple.”

Like other gr8nola varieties, the new product contains no soy, dairy, refined sugars, artificial ingredients or vegetable oils. The granola is sweetened with organic coconut sugar and monk fruit extract. Other flavors in the range include cinnamon chai, matcha, cacao crisp, golden spice and Black Coco Chia, which is infused with activated charcoal. 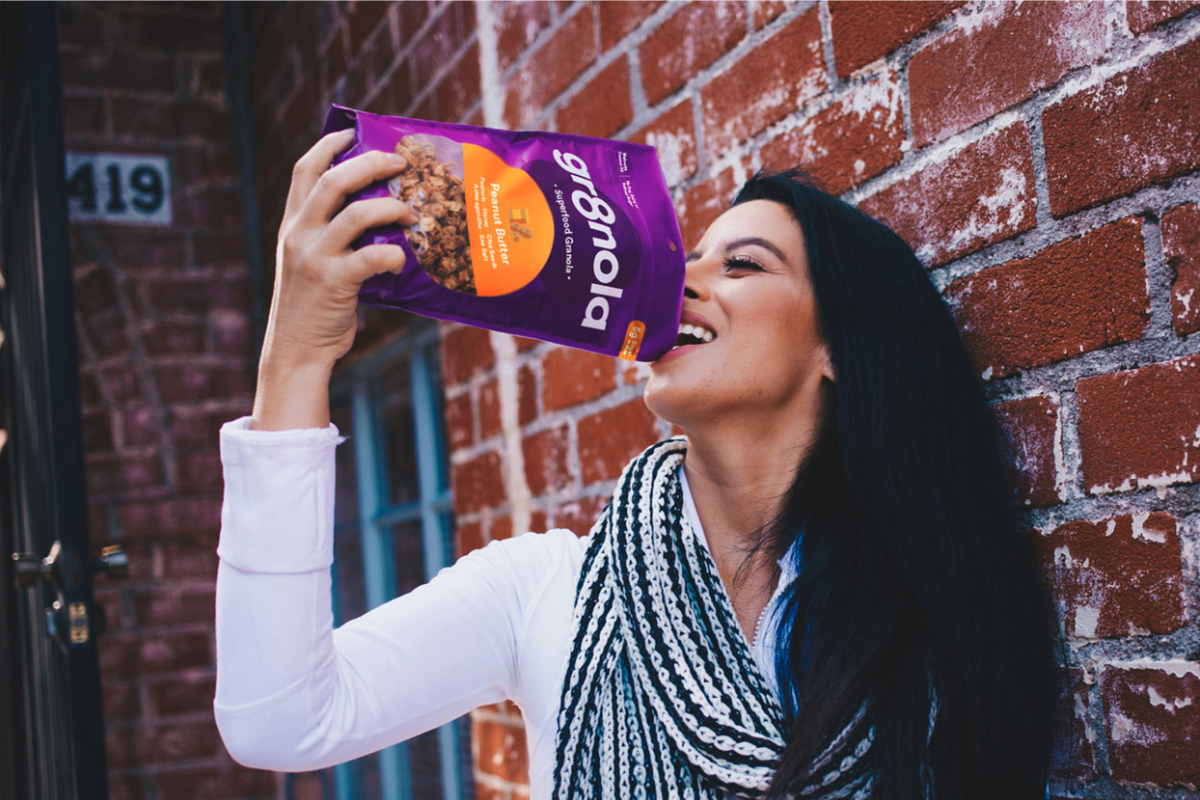 A former techie-turned food entrepreneur, Ms. Williams initially developed the recipe for her healthier take on granola during an anti-inflammatory cleanse. Her husband, former Tennessee Titans safety Tank Williams, begged her to whip up more homemade batches throughout the year. She began selling granola at a farmers’ market in 2013 and eventually expanded into the corporate kitchens of Google, Twitter, Facebook, LinkedIn and other firms across Silicon Valley.

“It's not easy to get started as a female entrepreneur in a male-dominated world,” Ms. Williams said. “Although I’m still a baby company, one of the greatest things about being a female founder is being able to inspire other young women to chase their passions, pursue their dreams and not let gender, ethnicity or anything get in the way of achieving their goals in life.”

The new product will be available at gr8nola.com and on Amazon.com beginning Jan. 26 in a 10-oz standard pouch and 4.5-lb bulk size.