CHICAGO — In a decidedly make-or-break moment for the business, the 22-year-old founders of Quevos, a healthy snack startup, pitched to a panel of multimillionaire investors on national television adorned in matching chicken costumes.

“That was our thing to spice things up,” said Nick Hamburger, co-founder and chief executive officer of the Chicago-based company.

Less than two years after launching the brand, he and co-founder Zack Schreier landed the opportunity to appear on “Shark Tank” to sell an equity stake in exchange for capital and invaluable mentorship and connections from one or more of the program’s high-profile venture capitalists. The episode aired Jan. 22.

Quevos manufactures egg white crisps featuring flavors such as sour cream and onion, honey mustard and dill pickle. Mr. Schreier, a Type 1 diabetic seeking low-carb snack options, created the concept, inspired by the crispy pieces of an omelet leftover on a pan. Products are sold online and in more than 1,000 retail outlets. The brand was on pace to generate $1.3 million in sales in 2020, Mr. Hamburger said.

Prior to the taping, the pair hoped to score a deal with Lori Greiner or Mark Cuban, both of whom have completed a number of transactions in the consumer products sector. To the founders’ surprise, Ms. Greiner revealed she already was a fan of Quevos products.

But serving as a guest judge on the panel was a pioneer in healthy snacking, Daniel Lubetzky, the founder and chairman of Kind Snacks.

“Once we found out Daniel was a guest for the day, he became our priority,” Mr. Hamburger said.

The other investors declined to extend a deal, but Robert Herjavec told them, “I think you guys are two of the youngest, most impressive people we’ve ever had out here.” 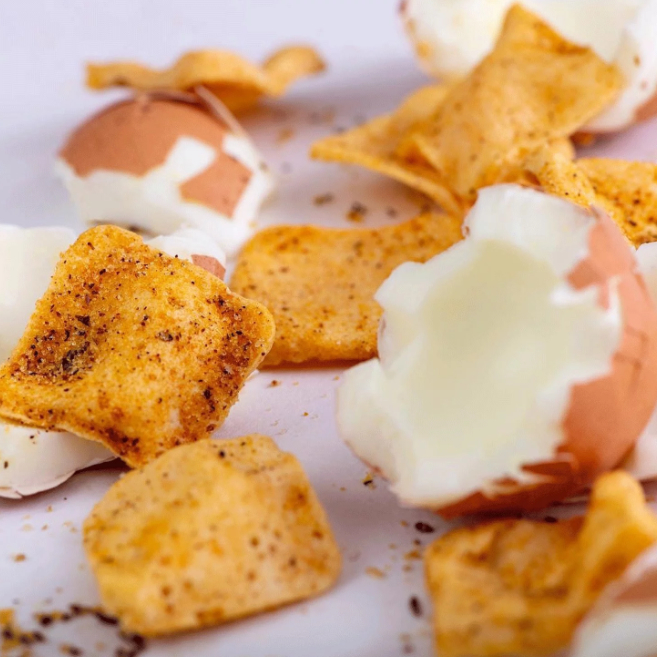 “I am excited to help Nick and Zack fulfill Quevos’ potential,” Mr. Lubetzky said. “They have created a very cool and differentiated product with huge mainstream appeal. And I love that they’ve been best friends and partner entrepreneurs since childhood.”

“We are most excited for his retail connections and experience there,” Mr. Hamburger said.

The brand also plans to expand beyond chips eventually, he added. He mentioned puffs and protein cookies as possibilities.

“We want to become a healthier high-protein, more-fiber, filling version of snacks across the board,” Mr. Hamburger said. “All egg white-based.”