Co-founders Nick Michlewicz and Colin Darretta launched the brand after bonding over their holistic lifestyles. Mr. Michlewicz grew up with an herbalist and pharmacist mother who fed him concoctions like peanut butter-garlic sandwiches and smoothies with chlorella and adaptogens.

“I remember at one point as a kid I said, ‘Enough, I’m not eating this,’ because it was so gross,” he said. “I got really good at pouring that stuff down the drain or running away from it. It wasn’t until I became an adult that I committed to a holistic diet.”

Like Mr. Michlewicz, Mr. Darretta knew about the benefits of holistic eating, but was all too familiar with unpleasant taste of most superfoods.

“My kitchen looked like a scene from ‘Breaking Bad’ because there were always weird things being mixed together,” he said. “I kind of reveled in how disgusting my smoothies were, because I put these absolutely atrocious superfoods in them that didn't taste good. Most people couldn't stomach them.”

The pair launched Grummies with the goal of making superfoods more accessible. They realized gummies are a form that consumers want to use, but that form came with its own problems. 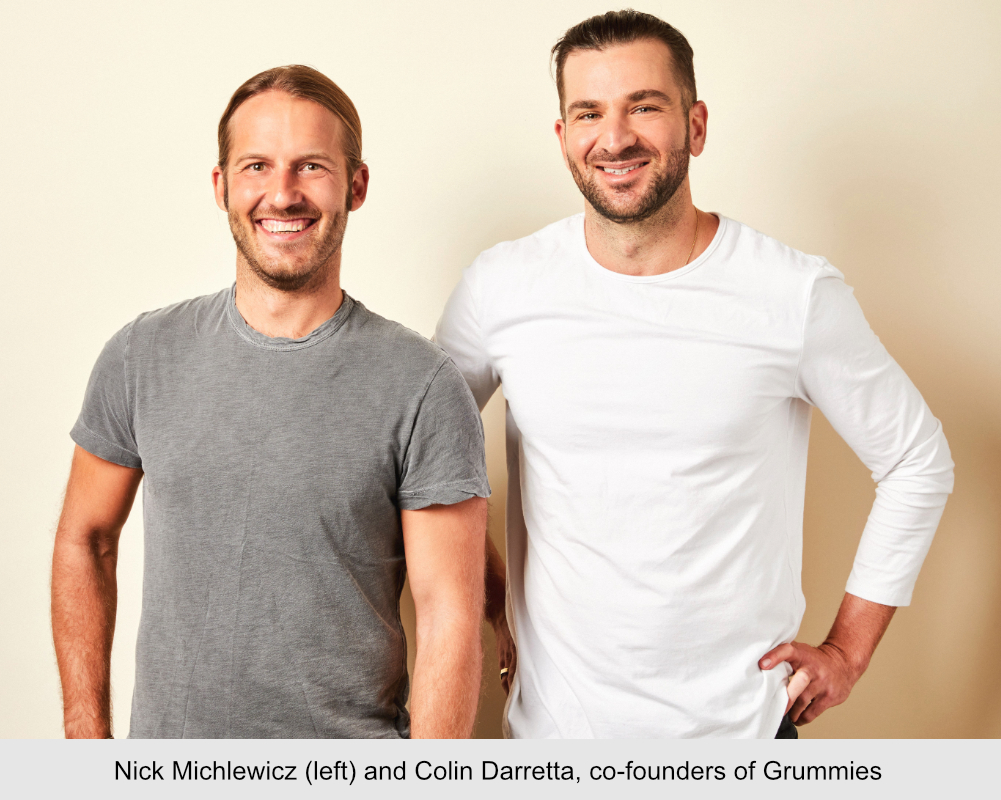 “Most gummies are made with unfamiliar ingredients and chemicals that you can barely pronounce,” Mr. Michlewicz said.

They teamed up with scientists to replace the harmful toxins found in gummies with healthy ingredients. The result was a line of organic, non-GMO candy-like gummies in four varieties: ashwagandha, elderberry, apple cider vinegar and turmeric.

“These superfoods haven't been done in gummy format before, and for good reason,” Mr. Darretta said. “It's because there are consistency issues, and more importantly, taste hurdles. Not only are we taking an ingredient that's never been put into gummy format before because it tastes so bad, but we're doing it without the crutch that most people use of just throwing in a ton of sugar or throwing in things like erythritol and artificial flavors.”

Each variety provides different benefits: ashwagandha for stress reduction, apple cider vinegar for weight management and gut health, elderberry for immunity and turmeric for anti-inflammation. Rather than leading with the functional benefits, Mr. Michlewicz and Mr. Darretta are leading with the ingredients.

“Most gummies are made with unfamiliar ingredients and chemicals that you can barely pronounce.” —  Nick Michlewicz, Grummies

“We wanted to lead with the superfood rather than lead with the solution that it solves,” Mr. Darretta said. “We’re focused on the purity of our ingredients and providing access to these foods that a lot of people already know have associated benefits.”

They used the company’s ashwagandha gummy as an example.

“Ashwagandha is one of the two most-searched superfoods on Amazon and Google,” Mr. Michlewicz said. “The word is out. People are already looking for it.”

The superfood gummies debuted online through Grummies’ e-commerce platform and will launch on Amazon in the coming weeks. Potential expansion into brick-and-mortar retail is on the horizon, along with additional varieties and new formats.

“There are other gummy-type form factors that are emerging, so we’re definitely going to be exploring those in the future,” Mr. Michlewicz said.