We use cookies to provide you with a better experience. By continuing to browse the site you are agreeing to our use of cookies in accordance with our Cookie Policy.
Home » Olipop cracking the code on digestive wellness

“We’ll likely more than double the business again this year,” said Mr. Lester, the company’s president. “It is pretty rapid growth. Our investors say it’s the fastest they see across their portfolios.”

“We rarely start off with the traditional business question, which is, ‘Where is the white space?’” said Mr. Goodwin, chief executive officer and product formulator. “What we look to first is, where’s the human problem, and what is the burgeoning science that supports a valid solution for addressing the problem? When those things match up, you have a valid reason to create a product in the first place.” 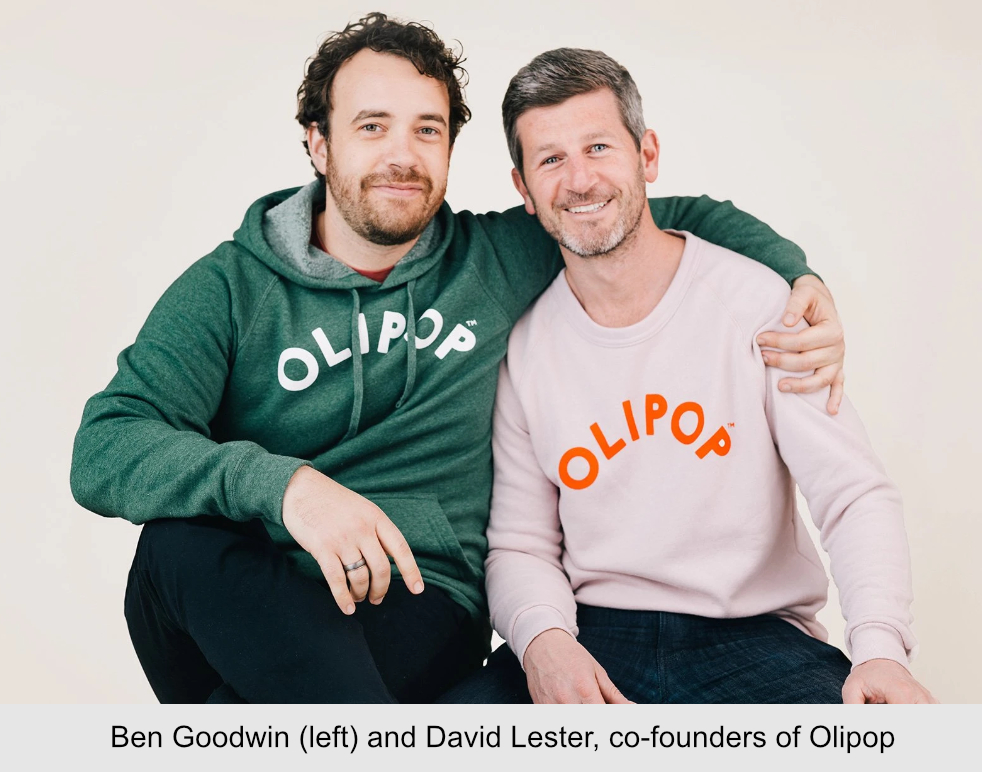 Two-thirds of Americans suffer from digestive distress, he said, citing a statistic from the Centers for Disease Control and Prevention. Tapping into the carbonated soft drink category, a $221.6 billion global market according to Grand View Research, represented a “massive opportunity,” he said.

“We’re not tied to an ingredient; we’re tied to an outcome,” Mr. Lester said. “Our last company we had together was more focused around probiotics because that was the leading science at the time. It switched as we exited that business and were researching; we really found that some of the leading researchers and nutritionists had focused on prebiotic fiber as the optimal way to modulate for digestive health.”

“What’s cool about all these research partners and arms we have is it not only allows us to engage in testing against the full formula we have out in market; it also gives us this really efficient, incredibly robust system for testing new and novel ingredients, which we’re also looking to generate innovation around,” Mr. Goodwin said. “Over time the goal is to create an even better tasting, higher impact, even more novel functional formula to maximize the value and efficacy and experience we’re delivering to consumers while at the same time looking to blow people’s minds with really good flavor innovation as often as humanly possible.”

“We are a rarity in this space.” — Ben Goodwin, co-founder of Olipop

Last year began with a $10 million Series A funding round and a slate of new hires across its team, including a senior director of supply chain. That addition proved crucial in navigating industry-wide supply chain challenges during the initial phases of the pandemic, Mr. Goodwin said.

Another well-timed move, an increased investment in its direct-to-consumer business, “arguably may have accelerated our brand faster than if we had been going through more traditional channels in retail,” Mr. Lester said.

Olipop is sold in 4,500 retail outlets, including Whole Foods Market and Sprouts Farmers Market stores. Sales are “ludicrously strong” in the natural channel, Mr. Goodwin said, but the brand is beginning to expand its conventional footprint with distribution in select Kroger and Safeway stores and a market test at 7-Eleven stores on the East Coast.

“We’re obviously creating a category, and any time you’re creating a category and it becomes obvious to other companies entering the space that there’s market opportunity here,” Mr. Goodwin said. “We put a highly disproportionate amount of time into our research, into the formulation, into the science and put it inside a vehicle that’s highly accessible. We are a rarity in this space.”