We use cookies to provide you with a better experience. By continuing to browse the site you are agreeing to our use of cookies in accordance with our Cookie Policy.
Skip To Content
Home » Greek entrepreneur debuts plant-based frozen desserts made with olive oil

“I started selling dairy-based ice cream in my first store in Athens, Greece, 13 years ago, but shortly after it became apparent to me that people were seeking non-dairy alternatives,” Mr. Tsichlopoulos said. “For example, when I created a non-milk-based chocolate flavor it would sell out within an hour of opening my store. I even had customers calling me to order more over the phone. Knowing this, I set out to create the non-dairy ice cream of the future by using a healthier fat alternative, extra virgin olive oil, as the main ingredient. Olive oil has long been a part of Greek culture and known as one of nature’s ‘good fats.’”

Mr. Tsichlopoulos tinkered with the formulation for eight years. A key challenge, he noted, was “oil and water do not mix.” Now, the product line is debuting in select retailers in the Northeast and will be available for purchase online beginning in May. Wildgood is backed by Gary Hirshberg, co-founder and former chief executive officer of Stonyfield Farm, along with Orgain founder Andrew Abraham and celebrity chef Bobby Flay. 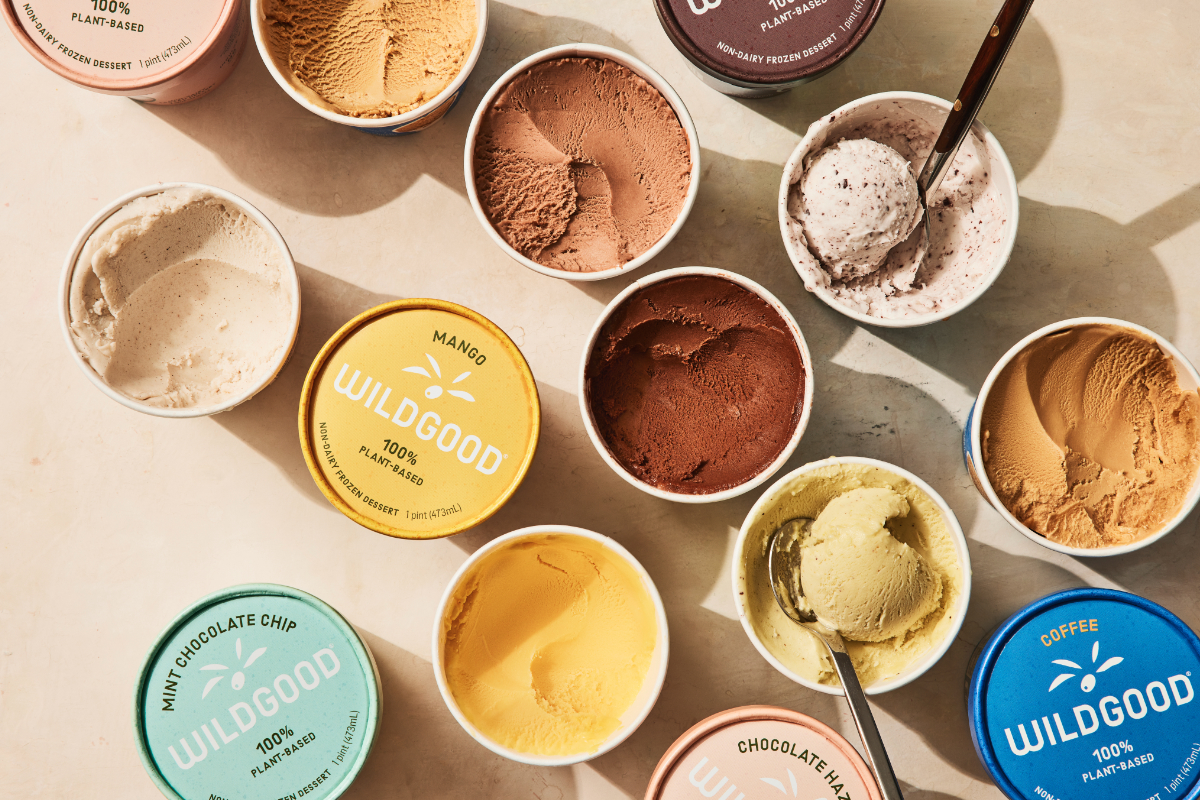 “Our team of investors appreciates that we are artisan-made and believe in our vision for creating a healthier planet with plant-based foods that don’t sacrifice taste,” Mr. Tsichlopoulos said.

“We envision a future where plant-based foods are the norm,” he said. “And not just plant-based alternatives created in a lab, but food using real ingredients made by chefs and artisans that just happen to be plant-based.”