CHICAGO — Consumers said they were feeling better about personal finances and prioritizing value over speed when they shop, according to a study’s seventh survey wave released April 7 by dunnhumby, a company involved in customer data science. The global study, which began with a first wave in March and April of 2020, contacted 48,499 respondents from 22 countries online and examined how COVID-19 impacted consumer attitudes and behavior.

“While this wave marks the first time since the pandemic struck that consumers are feeling better financially, we are also seeing value seeking driving shopping behavior,” said Grant Steadman, president for North America at dunnhumby. “It’s noteworthy that consumers are now prioritizing value instead of speed, which was their key driver for much of 2020.”

Eighty percent of US consumers said they were taking at least one action to seek value. The most popular action, at 52%, was shopping at stores with everyday low prices.  Other actions were buying some brands on sale at 36%, stocking up on products that are on sale or promotion at 36%, searching online to find the best sales at 34%, searching online for coupons at 34%, and buying private brands when available at 33%. When asked what stores provide the best value, 36% said Walmart, 10% said Kroger, 10% said Aldi and 6% said Amazon.

In the United States, 58% of consumers in February said the economy was weak, which was down from 75% in March and April 2020, and 39% said their finances were poor, down from 54% in November. 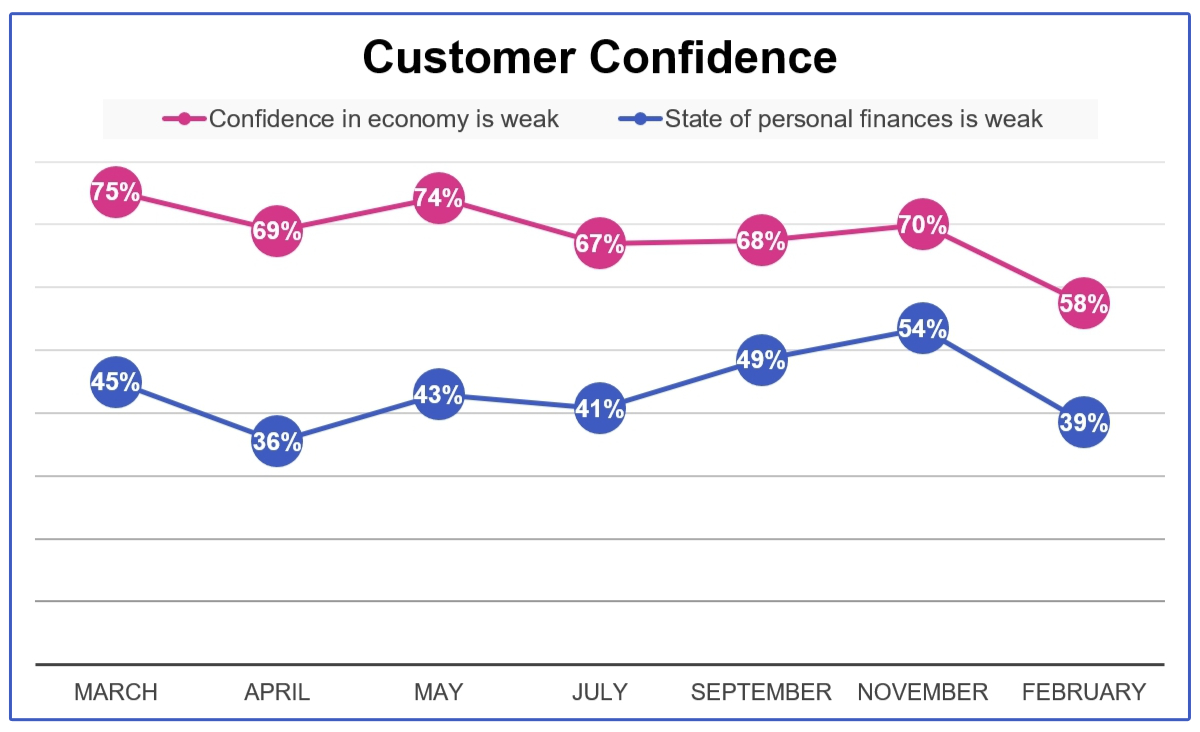 Americans in February were at their lowest level of worry about the COVID-19 virus, 23%, since the pandemic began, according to the dunnhumby worry index, which defines “worry” as someone who is extremely worried about the virus and is concerned they could contract the virus or do not feel safe while shopping. The level of worry among Americans was 32% in November 2020.