CHICAGO — Mondelez International, Inc. is moving deeper into the global baking business with an agreement to acquire Chipita SA, a rapidly growing global baker of packaged cakes and pastries.

Based in Athens, Chipita generated sales of about $580 million in 2020. The company’s products includes croissants, bagel chips, cake bars, biscuits and spreads sold mostly under the 7Days, Chipicao and Fineti brands. Chipita would broaden the portfolio of Mondelez, a global leader in biscuits, crackers, chocolate and other confectionery products.

“Their iconic brands and significant scale across so many attractive geographies make them a strong strategic complement to our existing portfolio and future growth ambitions in Europe and beyond,” Mr. Van de Put said.

Chipita’s products are made in 13 manufacturing plants and are marketed in more than 50 countries (including the United States), reaching two billion consumers.

The company said Chipita gives Mondelez a foothold in the “attractive $65 billion packaged cakes and pastry category,” describing the Chipita market segments as “priority adjacent snacking categories such as croissants and bake rolls. 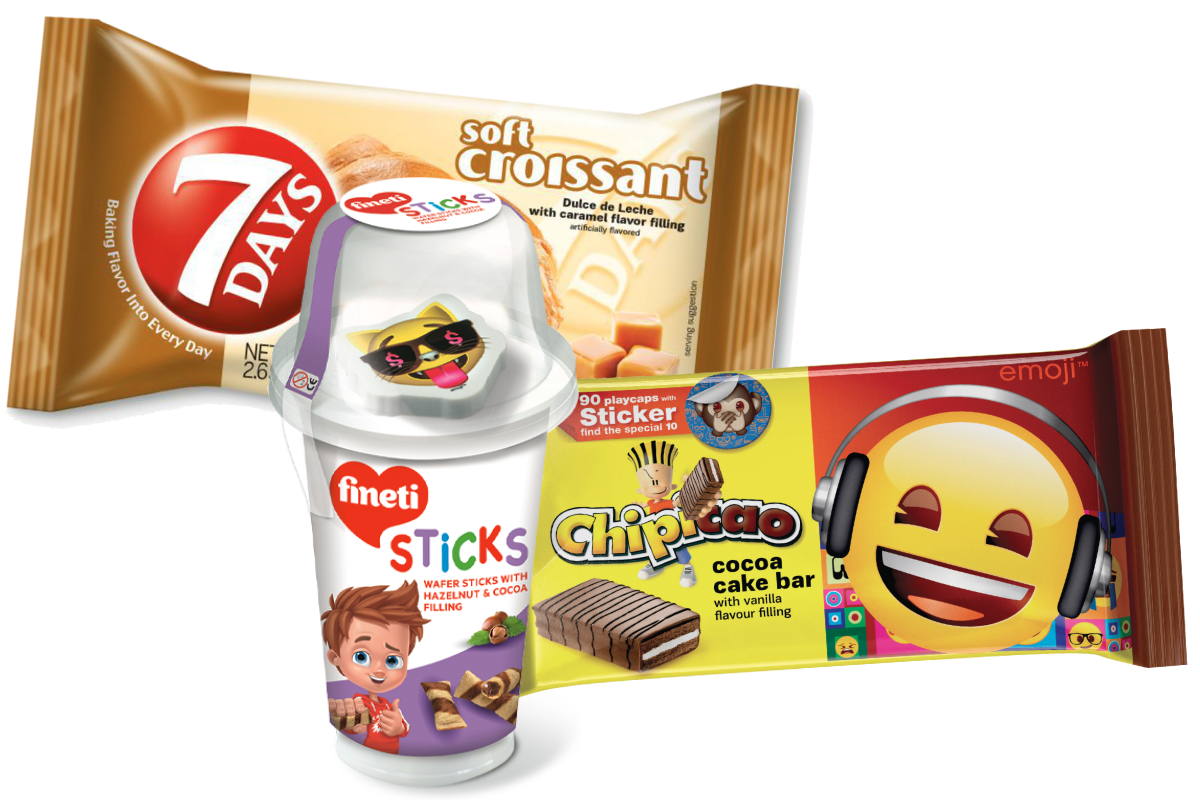 In North America, Chipita since 2017 has been part of CCP, a joint venture with Catamo and Alberto Romo of Proan, a major food manufacturer in Mexico. The business sells mini croissants under the Vuala brand in Mexico.

Mondelez said the acquisition will give the company a stronger presence in central and eastern Europe, core markets of Chipita.

“Mondelez International will utilize Chipita SA’s Central and Eastern European distribution network capabilities to enhance its own distribution in the region and continue to bring the brands to new countries in the region and beyond,” Mondelez said. “The deal will also offer innovation and co-branding opportunities by bringing Mondelez International’s iconic chocolate brands to new categories.”

While paying more than three times annual sales for Chipita, Mondelez said the transaction will be immediately accretive to earnings. Closing of the deal is subject to antitrust approvals. The acquisition will be funded by existing cash and new debt issuance. Not included in the transaction are a Chipita meat-processing business and Britchip, a joint venture in India.

Chipita appears to be a significantly larger acquisition (terms of the earlier transactions were not disclosed), and less than a month ago, Mr. Van de Put cast doubt as to whether Mondelez would be making major acquisitions anytime soon.

“If there would be a larger acquisition that would provide us the opportunity to get bigger in snacking and/or get an accelerated growth rate, we’re certainly open to it,” he said during a late April call with investment analysts. “But it’s just very difficult to find and we’re hesitant…. (It is) much more difficult to find the right sizable acquisitions.”