Just a few months later, the brand would be handpicked by Oprah Winfrey for her annual list of gift ideas, alongside metallic high-top shoes, high-end tequila and luxury pajamas. The coveted distinction supercharged demand for the snack company, which today offers a growing assortment of snacks based on heirloom corn, including crackers, corn dippers and cheese balls.

Compared to conventional corn, heirloom corn offers superior nutrition, quality and sustainability benefits, said Jennifer Martin, who founded Pipsnacks with her brother Jeff Martin and his wife, Teresa Tsou. The company sources from family farmers who save seeds from each harvest to plant for the following season.

The popped kernels are miniature, with a satisfying crunch, according to the company, and, with virtually no hulls, are easier to digest than traditional popcorn. The brand’s puffed cheese snacks are baked with organic cheese and tinted with paprika, not artificial colors, Mr. Martin noted. A line of dippable corn chips features whole grain heirloom white corn, flavored with ingredients such as black truffle and lime zest.

“We had this amazing little heirloom popcorn kernel that really started this whole thing, but we found over time and what we always wanted to do in the beginning … was take real ingredients and clean up childhood favorites,” Mr. Martin said. 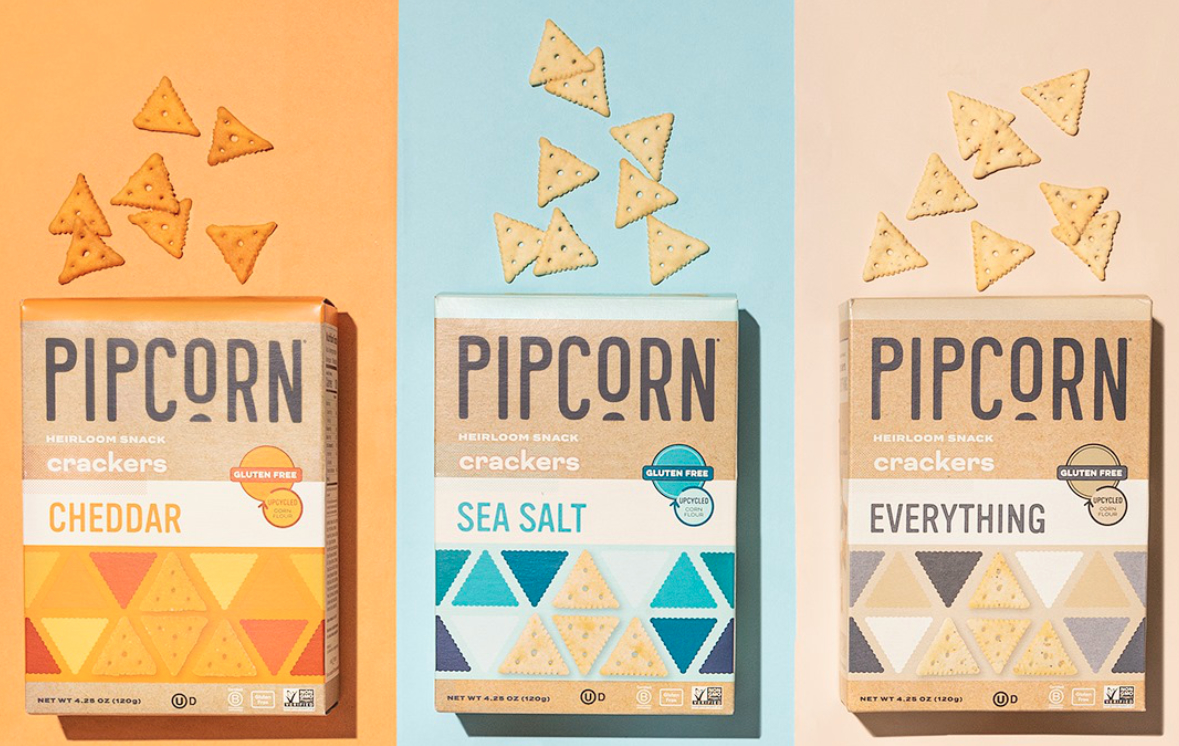 Last year, Pipsnacks added to the lineup a collection of snack crackers, formulated with the leftover corn flour from the brand’s cheese balls production, in an exclusive national launch with Whole Foods Market.

“Sustainability for us has been a huge part of our story from the beginning,” Ms. Tsou said. “We are now using 99.9% of all the heirloom corn we purchase, and we are so grateful that Whole Foods saw that opportunity and partnered with us to get it on shelves.”

Pipcorn products are sold in more than 10,000 retail stores, and the company is on track to generate $12 million in sales this year. During a recent interview, the three founders discussed the past nine years and the future of Pipsnacks.

Food Business News: How did you get started?

Jennifer Martin: I have a lot of dietary issues. I was living in Chicago, and I met a farmer who grew this special heirloom corn… He knew about my dietary issues and said, “You should try this popcorn. It won’t hurt your stomach.”

I took it home and tried it, and it didn’t hurt my stomach, which was shocking because everything to that point in my life hurt my stomach, especially popcorn. My brother Jeff was helping me move a little while later, and we had packed up the whole apartment and only had a pot and the kernels left, and we popped it and he tried it for the first time, and the first thing he said was, “We have to sell this.”

As you scale the business, has it been difficult to secure your supply of this heirloom corn? 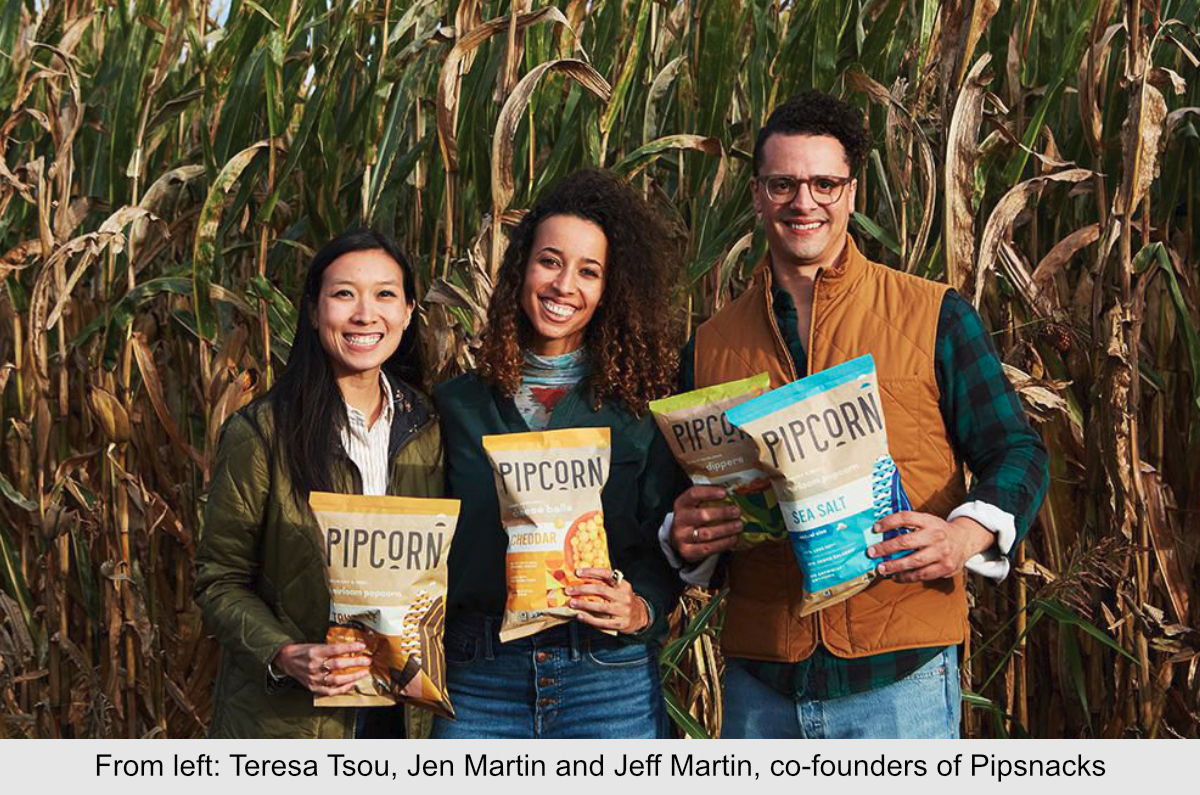 We didn’t want to completely destroy the history of this corn that had been protected so carefully, but we also knew this was a really special ingredient we could share with the world. That balancing act has been interesting, but we’ve been able to do it and manage it over time given the great farming relationships we have.

What does future product development look like for Pipsnacks?

Mr. Martin: We quickly realized truly the sky’s the limit when you’re talking about a high-quality corn-based product; there’s so much you can do. That said, we definitely have more to do in salty snacks before we expand outside of salty snacks. There are so many of these classic nostalgic snacks from our childhood that are still on shelf today made with GMOs and artificial ingredients…. There’s so much white space to clean up existing snacks that are popular and fun but never done in a natural way.

Short term, definitely staying within salty snacks, generally bagged snacks, and you’ll see us in different parts of the aisle, but long term, there are ideas we’ve been kicking around for years that are completely outside of salty snacks. That speaks to how versatile and how flexible you can be when you’re working with such a high-quality corn ingredient.

We also don’t want to get distracted with new ideas, because the three of us love to develop new things and test new things. We sometimes find ourselves reeling each other in because that’s a very fun part of the job.

What about other heirloom grains?

Mr. Martin: There’s so much to do with corn, but there are other heirloom grains worth celebrating. 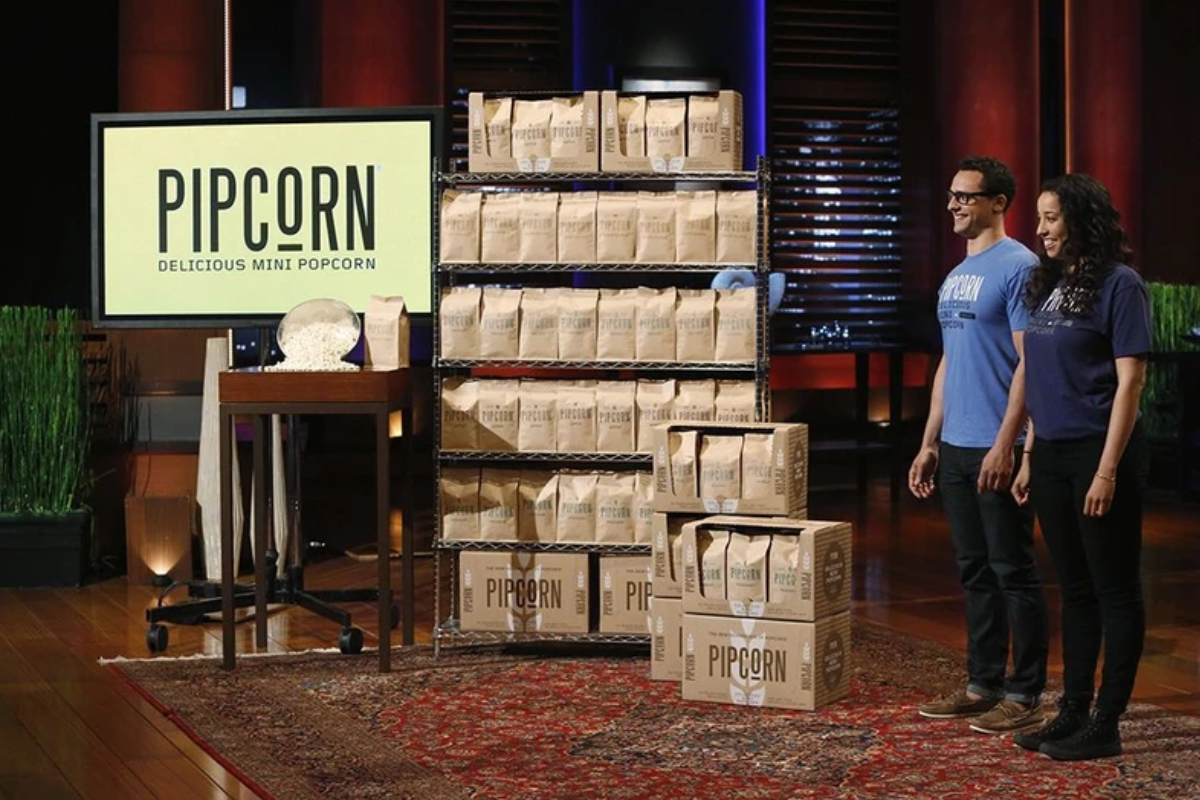 We’re not tied to corn. We’re corn today, but there’s definitely an opportunity to grow outside of corn in the future.

You appeared on “Shark Tank” more than six years ago and struck a deal with Barbara Corcoran. How’s that going?

Ms. Martin: “Shark Tank” had reached out to us after they saw us on “Oprah,” and it just wasn’t the right time to go on the show, so we actually passed the first time they reached out. The next year we applied and got in and had a great experience. It’s a wild ride.

Lucky for us, we went in wanting to work with Barbara and got a deal, and it’s been a great relationship since.

Okay, so how did you get Oprah’s attention?

Mr. Martin: The Oprah experience came out of our presence at this outdoor food market in Brooklyn called Smorgasburg, and that’s where we launched our company. In 2012, we went to this outdoor market on the weekends on a parking lot in Brooklyn. We launched in April, and in the May time frame, we had been there for maybe three to five weeks, and we were setting up one morning and it was a really hot day…  and we see someone with a clipboard working a couple feet away. And it was so hot you could tell she was uncomfortable. We said, “If you want to come back and get some shade and use our tent as a home base, feel free to do so.” She was appreciative.

She used our tent as home base over the next couple of hours. She was in and out. Before she left, she said, “Thank you so much for giving me shade and a place to put my stuff. I’m a scout from Oprah’s Favorite Things, and I was sent here to find some new items to bring back to Oprah and her team for consideration for this year’s gift guide.” She wanted to take back some Pipcorn.

We were floored but didn’t think this would turn into anything at the time. We were a few weeks old and thought this was a cool interesting part of the story, which obviously evolved into an amazing feature not just in the magazine but also on her TV show… on the Oprah Winfrey Network. 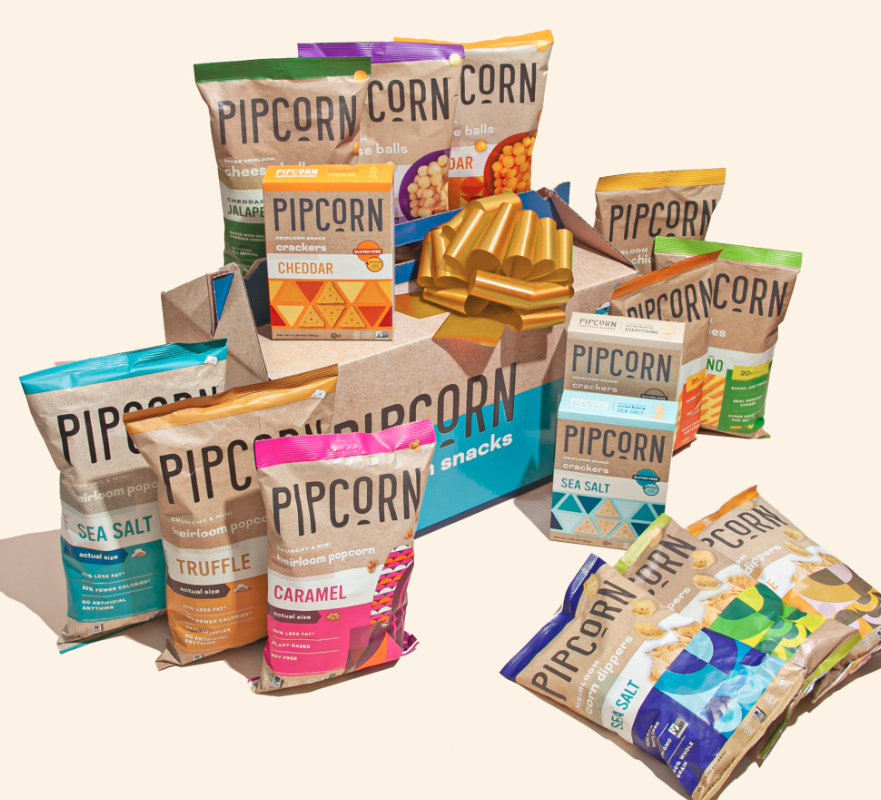 Mr. Martin: It was an iterative process; Oprah is heavily involved. It’s not just this gift guide gets formed and Oprah has nothing to do with it. She’s the one putting her stamp of approval on these items, so it was a lot of iterating, what’s it going to look like?

So, we got these amazing wooden crates that were handmade one by one in Brooklyn. We had great holiday flavors. We took a tip from Oprah. At home, she has truffle popcorn with zested lemon on top, so we incorporated some of those flavors she really loved into this holiday item. After a couple of months of back and forth… we were selected, and we actually went to her office. We didn’t know we were going to be selected. They were filming behind the scenes of what it takes to get on the list with a couple brands, and in the process of setting up our crate on a conference room table… she busted out of a door and said, “Yes, I already selected this. I love it. You’re in this year’s gift guide.”

That was in the summer. We had three months to get ready for this wave that was inevitably going to come.

So, you partnered with a co-packer to ramp up production?

Mr. Martin: You would think. That would be the right thing to do. We took a different approach because we were self-manufactured. We definitely invested in some more professional popping equipment. We started building a team to help in the kitchen. We thought we were more prepared than we were, but the reception was incredible.

When the episode aired on TV we were one of three brands to be featured and by far the smallest, and they didn’t even talk about us or show the product. They did a really quick pan across of our packaging at the market, and our website crashed immediately. It was this moment where we thought we were so prepared and the one thing we can’t have happening is the website crashing, and it happened so fast.

The good news is we were able get back up and running while the segment was still on, but we missed that initial wave, which may have been a blessing in disguise because we had a hard enough time producing and shipping all the orders we got. We did as much scaling up as we could, then it was just like heads down make the popcorn, package the popcorn, ship the popcorn for the next two months.