We use cookies to provide you with a better experience. By continuing to browse the site you are agreeing to our use of cookies in accordance with our Cookie Policy.
Skip To Content
Home » Standout startups at Expo West celebrate Asian flavors

KANSAS CITY — In San Francisco, a milk tea devotee has created a plant-based twist on the popular Taiwanese beverage. In Chicago, a graduate student has translated a Chinese staple ingredient into a functional breakfast offering.

The entrepreneurs behind Twrl M!lk Tea and Yishi Foods are among a bevy of brand founders reimagining traditional Asian recipes for the modern consumer. Both exhibited at Natural Products Expo West Virtual Week, held May 24-27.

Prior to launching this past February, Twrl M!lk Tea founder Pauline Ang experimented in her home kitchen to develop her formulation for a healthier ready-to-drink tea latte. The canned beverages feature organic tea sourced from China and Japan, plus pea milk and a touch of organic blue agave syrup. The beverages are infused with nitrogen, which adds a foamy texture, Ms. Ang said. 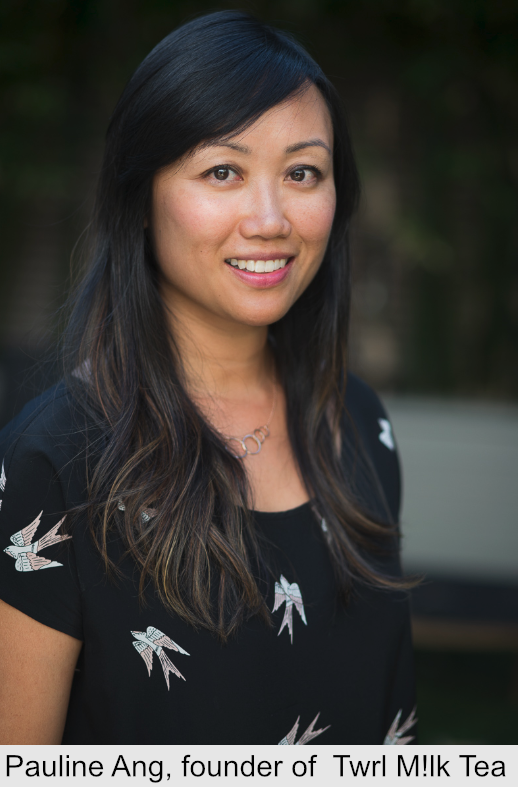 The pea-based milk she uses also has a neutral flavor profile that allows the taste of the tea to shine, she added.

“Tea is a lot thinner than coffee, so while oat milk works really well with coffee, it’s a little bit harsher on tea,” she said.

“These cans of milk tea are really popular in Asia, so if you go to an Asian supermarket, vending machines are completely full of milk tea,” Ms. Ang said. “These products exist there but are all high sugar, loads of artificial or natural flavoring. They just don’t taste like real tea. I knew there was a gap in this category where I can make something better and make people appreciate the true taste of tea and also make it guilt-free.”

Yishi Foods founder Lin Jiang launched her hot cereal brand as a healthier homage to her Chinese heritage. The products contain a base of organic oats, flaxseed, hemp seeds and almonds, plus ingredients such as black sesame, taro and adzuki beans.

“We’re here to fill the gap between the healthy bland products and the sugary tasty products,” Ms. Jiang said.

Juggling a corporate job and business school led Ms. Jiang to seek breakfast options delivering sustained energy without a sugar crash. Recalling her mother’s recipe for black sesame cereal, known for its unique flavor and perceived health benefits, inspired her to develop a convenient and nutritious solution a couple years ago.

“The ones in the Chinese supermarket are all full of artificial ingredients and sugar,” she said.

Following months of sampling at farmers markets, a successful Kickstarter campaign and a soft launch, Yishi Foods debuted online in June. The brand, previously Crave Natural, was renamed to reflect its roots; yí shì is the Chinese word for “ritual.” 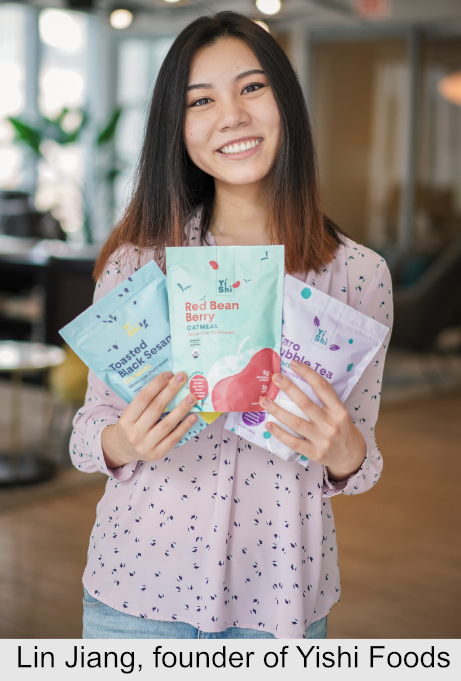 Packaged in multi-serve pouches and single-serve cups, varieties include toasted black sesame, taro bubble tea, red bean berry, matcha latte and sweet osmanthus, which Ms. Jiang said “tastes like vanilla soy milk with an herbal hint.” Each flavor is paired with a specific functional benefit, such as energy, focus, radiance and calm. The products contain no added sugar and are sweetened with erythritol and stevia.

“We definitely want to add more product formats expanding to other product categories down the road, extending our functional theme,” Ms. Jiang said. “We’re looking into immunity and working with registered dietitians and food scientists on the new function.”

Yishi products are available at yishifoods.com and sold in select Whole Foods Market stores and other specialty retailers. Twrl M!lk Tea products may be purchased at twrlmilktea.com.