We use cookies to provide you with a better experience. By continuing to browse the site you are agreeing to our use of cookies in accordance with our Cookie Policy.
Home » Virtual Expo West innovators target mind, body and planet

For the large and growing population of consumers who seek products they perceive as better-for-you, omission of such negatives is not enough. They want more.

“There’s this fundamental belief that consumers want to see this new definition of health, whether it’s mind or body, plus social and environmental concerns, reflected in the foods they are buying,” said Amanda Helming, chief marketing officer, United Natural Foods Inc. (UNFI), Providence, RI. “But they want it at the right price, too.”

Eve Turow-Paul, a Chicago-based food culture analyst, discussed changing consumer interests in a keynote address on May 27. She highlighted the ways social and environmental activism, along with new societal pressures and anxieties, are influencing food and beverage innovation.

The shifting marketplace shows no signs of abating, she said. The growing sustainable food culture is about addressing social justice and mental health.

Citing an original study she conducted with Datassential, Chicago, of 1,100 adults nationwide, covering all generations, 84% of Gen Z and 86% of millennials said they “consider themselves foodies.” Like any relationship, the participants must connect to strengthen their bond. With these “foodie” consumers, this involves products that target mind, body and planet.

This is fueling interest in plant-based innovations. Research from The Hartman Group, Bellevue, Wash., shows that with increased experimentation in the plant-based space comes a growing critical scrutiny of plant-based claims. Examples include questions about processed soy, palm oil, long ingredient lists, and excessive amounts of sodium or fat in nutrition information.

“The rise in interest among both consumers and the food and beverage community in all things plant-based has increased by what seems like exponential leaps during the pandemic,” said David Wright, senior marketing manager at The Hartman Group. “While plant-centric eating is an aspiration with mainstream momentum, the meaning of the plant-based label itself is becoming diluted for some consumers.” 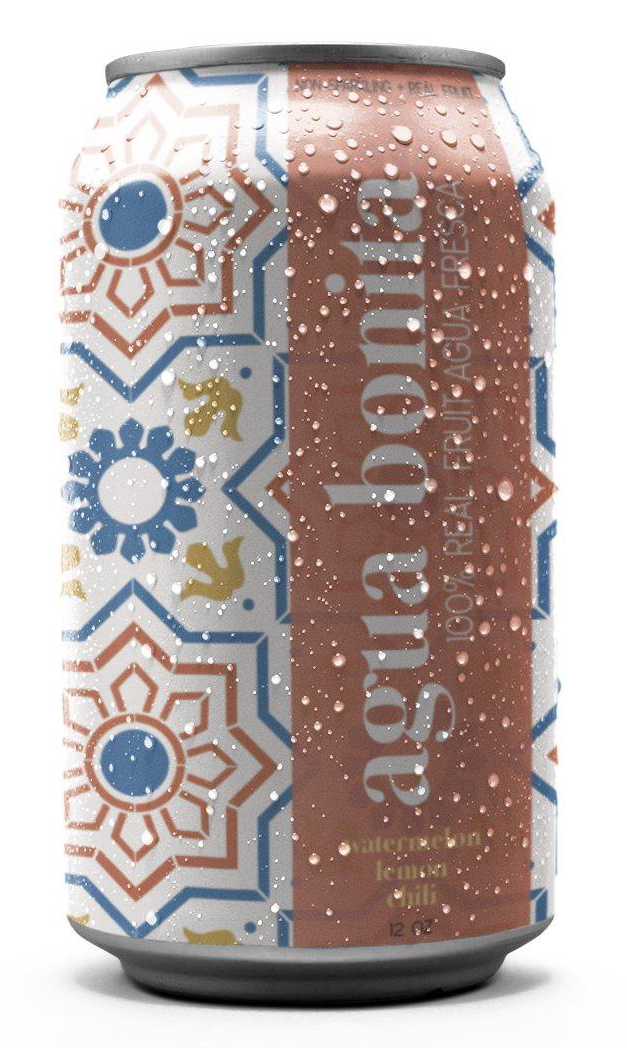 That’s why many participants in Expo West featured next-generation plant-based foods. The products focus on the plant, making the whole fruit, vegetable, nut, legume or grain the product’s feature. They try to layer in a story about using regional recipes to upcycling byproducts.

Born and raised in Monterrey, Mexico, Hector Saldivar, founder and chief executive officer of Tia Lupita Foods, Tiburon, Calif., has been producing a clean label hot sauce line since 2018 that is made using a family recipe passed to his mother — Tia Lupita — and now to him. His newest products are grain-free tortillas and grain-free tortilla chips, both made with nopales cactus, also known as prickly pear, and okara flour.

The latter is a high-fiber, high-protein flour made from the soybean pulp generated during soy milk production. When ground to a flour, it is a versatile ingredient with a neutral flavor described as slightly milky or nutty. It has a light color allowing it to blend easily into most flour-based products. Okara flour also has several functional benefits, according to the company, including having high water- and oil-binding abilities. This improves moisture retention and may lengthen shelf life of baked foods and tortillas. But it’s the use of cactus that Mr. Saldivar holds close to his heart.

“The cactus is a superfood with antioxidant and anti-inflammatory properties,” Mr. Saldivar said. “And it is 100% resilient to global warming and climate change. We like to say we are saving the planet one taco at a time.”

The Food and Agriculture Organization of the United Nations believes in the future of cactus in the food supply chain. The organization said so in 2017 when it identified nopales cactus as a sustainable food that can thrive in arid climates. It consists of two edible parts, the fruit and the pad. The pad may be dried and ground into a powder that functions as a gluten-free flour. It’s a source of fiber and protein, with negligible fat and sugar. While not a byproduct like the okara flour, it is an abundant plant that goes unused by the majority of the US population, while being a staple in Mexico. Converting it into a powder broadens its potential applications.

Upcycled spent grain is the focus of Barleymilk from Take Two, Portland, Ore. Take Two is more than the company’s name. It is part of its purpose, which is to create second chances. The spent barley, a byproduct of beer brewing, is a nutrient-dense source of fiber and protein.

“Billions of pounds of spent grain are wasted each year during beer production,” said Jerek Theo Lovey, co-founder and CEO. “We upcycle the spent grain into versatile, transparent and transformative plant-based food products that create second chances for food, for people and for the planet.”

Matthew Olsofsky, co-founder, said, “Our ambition is to upcycle 500,000 lbs of spent grain this year. Our ultimate goal is to help transform the 8 billion-plus lbs of spent grain produced annually into nourishing food and beverage products, creating circular solutions that catalyze positive change within the food system.”

The company’s first product concept is Barleymilk, a line of refrigerated non-dairy milks that soon will be joined in shelf-stable offerings. The beverage comes in four varieties, with one serving containing 5 to 8 grams of complete plant protein and 50% more calcium than dairy milk, along with medium chain triglycerides from coconut.

Agua Bonita, Hanford, Calif., rescues produce to make its line of better-for-you aguas frescas, a fruit drink popular in Mexico known for being formulated with sugar. The new line of canned beverages is made from upcycled fruit and spices with no added sugar.

“We use perfectly good surplus and ugly produce that would otherwise go straight to landfill,” said Kayla Castañeda, co-founder and CEO, and a former Coca-Cola executive who decided to make her family’s traditional beverage in a modern way. “As I was growing up, my grandpa would come home from work with bags of fruit from the fields, super ripe, because he could not stand to let them just go to waste. He taught us every piece of produce was valuable, whether it made its way to the market or not.”

Presenting to a panel of industry judges and a live audience at Expo West’s Pitch Slam competition, Ms. Castañeda explained how the fruit would be combined with water and sugar to make a fruity beverage. Agua Bonita fills a gap in the fruity beverage segment for consumers who want the benefits of sparkling water with no added sugar, trendy flavor combinations and real juice ingredients.

“In the process of creating our drinks, we rescue produce, helping to eliminate food waste,” Ms. Castañeda said.

While not a new player in the upcycled space, Dieffenbach’s Snacks, Womelsdorf, Pa., believes that this past year, the concept of a sustainable food supply resonated with more consumers. Since 2017, the company has been producing Uglies Kettle Potato Chips, which are made with “ugly” potatoes that are deemed cosmetically challenged by today’s retail produce marketing standards. As of April 2021, the company reported having upcycled 5 million lbs of irregular potatoes. 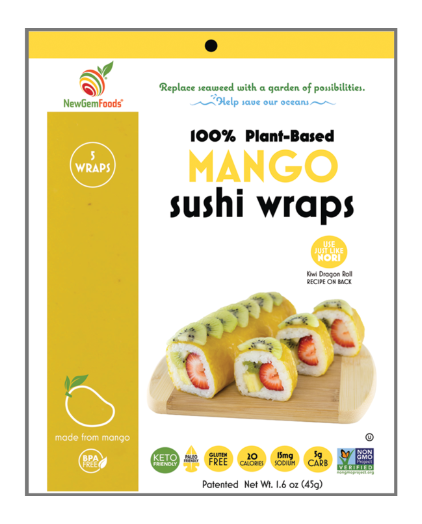 “Uglies chips promote environmentally friendly and sustainable food practices,” said Dwight Zimmerman, vice president of sales and marketing. “We recognize our position in the movement to reduce food waste. We understand the predicament farmers are facing when imperfect, yet perfectly edible crops are being discarded as waste and we are here to help.”

NewGem Wraps have a shelf life of one year when stored at room temperature. The sushi wraps are formulated to be similar to nori seaweed so they won’t tear.

“The high strength makes it easy to wrap sushi and the moist rice softens the wrap making it easy to bite,” Mr. deBord said. “The sandwich wraps are softer out of the package and easily hydrate with sandwich fillings in one or two minutes.”