We use cookies to provide you with a better experience. By continuing to browse the site you are agreeing to our use of cookies in accordance with our Cookie Policy.
Home » Entrepreneurs pay homage to Latin heritage

“It changed everything in a week,” Mr. Hattis said. “We were always presenting a better choice, and the goal we had was to get that choice in front of people, and it came in one moment for a lot of people. It became not just a question of the ideals of the business, but it also had people paying attention to ‘What are we actually eating here? What are we feeding ourselves and families?’”

The name Loisa pays homage to the Loisaida barrio on the lower east side of New York City, a nucleus of Latin culture and cuisine. Mr. Hattis, who has marketing and brand building experience, launched the company with Kenneth Luna, a data and operations professional of Dominican and Peruvian-American descent.

“Maybe there are a lot of people out there with similar backgrounds and connections to this culture who would feel similarly and would want something made with clean ingredients and really clean intentions.” — Scott Hattis, Loisa

“My wife is Dominican, and we are all friends from college, from years ago,” Mr. Hattis said. “We had a tradition of cooking meals for each other almost on a weekly basis, and as expected a lot of recipes from my wife’s family and foods we cooked a lot at home came into those meals.”

While seeking seasoning blends with premium ingredients, Mr. Hattis noticed many options in the marketplace contained artificial colors, flavors or fillers. Few, if any, brands authentically represented the heritage of so many consumers residing in the United States, he said.

“You go to a grocery store and walk up and down the aisles, and there are awesome products with well-intentioned businesses behind them, and we didn’t have that when it came to traditional Latin foods and flavors,” he said. “We said, maybe we can do that, and maybe there are a lot of people out there with similar backgrounds and connections to this culture who would feel similarly and would want something made with clean ingredients and really clean intentions.” 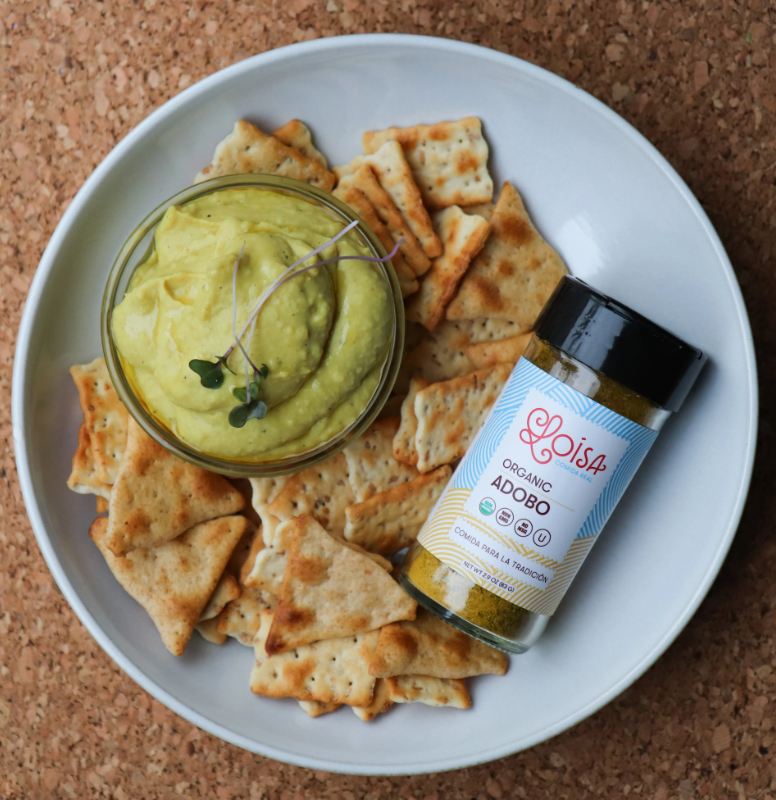 “I think people make assumptions about Latin-inspired cuisine that it’s spicy, but these are really savory flavors,” Mr. Hattis said. “So, we show them mixed with eggs in the morning or a tofu scramble. We have a recipe for adobo hummus on our site. These are versatile, and once you have them around you’re going to use them a lot.”

“We are strong believers in the power of collaboration,” Mr. Hattis said. “This is really a brand and business we hope is built by its community, and that community also includes people we can partner with and collaborate with. Our relationship with Yadira is foundational, but at the same time absolutely we see the idea of elevating voices and people in their work from our community that are likeminded in the ideals of business as core to how we want to grow.”

As part of its 2% For Justice pledge, the brand supports non-profit organizations fighting for systemic change and equity in food and social justice.

Future launches will focus on flavor and may include additional sofrito variants or other traditional marinades and sauces, Mr. Hattis said. Much of Loisa’s inspiration for product innovation is derived from consumer feedback and requests.

“I don’t think much related to the Latin kitchen is out of bounds for what we could offer, as long as stick to the same ideals, which is a pure cooking experience that cares for heritage, that cares for tradition, both carried on from the past and created for the future, and maintaining conscious dialogue about where this culture is going and how it evolves here in the US,” Mr. Hattis said.