CHICAGO – Chicago is the most recent city to welcome Too Good To Go, the company behind its namesake app for reducing food waste. Founded in 2016 in Copenhagen, and now in 15 countries, Too Good To Go saves more than 200,000 meals every day. Since the B Corporation’s US launch 10 months ago, the app has amassed more than one million users and 4,300 partners in eight cities, including, New York City, Boston, Washington, San Francisco, Seattle and Portland.

“We throw away one-third of the food we produce each year,” said Lucie Basch, co-founder, at the Chicago launch party on July 14. “That’s $1.3 trillion worth of food that gets tossed. Food waste is responsible for 8% of greenhouse gas emissions. It has great consequences both on the environment and the economy. And socially speaking, it’s absurd to throw away the food we produce when we know today that 870 million people are underfed.” 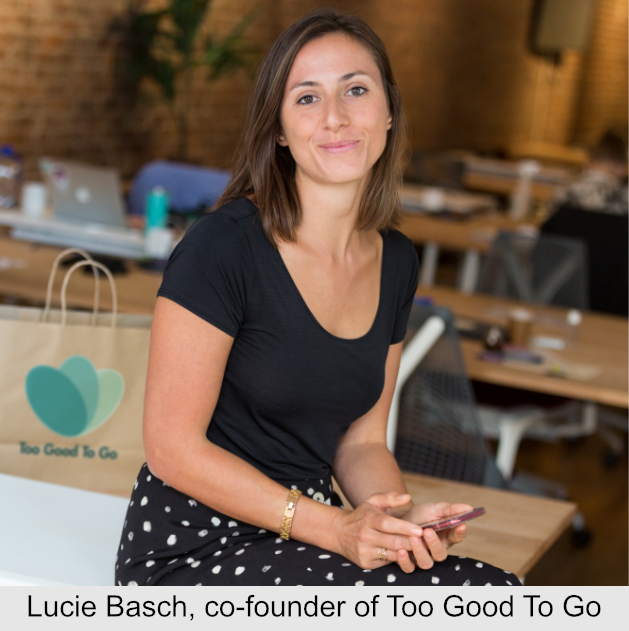 As a degreed engineer, Ms. Basch started her career in the food processing industry in the United Kingdom. Upon gaining a better understanding of how much food is wasted, even before it leaves the production facility, she decided to do something about it. Her light-bulb moment came when she was passing a bakery and saw the baker tossing perfectly fine product at the end of the day.

“I asked if I could have them, but he said they were not allowed to donate,” Ms. Basch said. “So, I offered to purchase the product. He wound up giving me three times more than what I had paid for.”

The experience is the basis of Too Good To Go. The app connects consumers to surplus food from restaurants, bakeries, cafes and grocery stores at the end of each business day. There’s no fee to use the app on either end.

“It’s really this win-win concept where the store doesn’t throw away food anymore and where people can save food while getting three times the value of what they paid for,” Ms. Basch said. “I believe the best way to fight big causes like food waste is to make everyone part of the solution.”

The app allows customers to browse participating locations. They then reserve and pay for a “surprise bag” on the app and head to the store during the pick-up window, which is based on each location’s closing time.

“The contents of the bag vary daily, but the consumer has an idea of what the bag will contain based on the type of food sold at the location,” Ms. Basch said. “Most stores do not want to run out of fresh food, so they over produce and then have waste. The app allows stores to update the amount of surplus they have in real-time, based on how sales are going throughout the day.”

The small volumes of food that stores have at the end cannot effectively be redistributed to food banks or homeless shelters. The food is safe and ready for eating, but not sellable the next day. Too Good To Go fills the gap in high-density, urban areas by making it easy for consumers to pick up this surplus.

The financials are very straight forward. The buyer pays $4 to $6 for the bag and the store fills it with product valued at three times the price. The app takes a commission of $1.79 on every transaction, with the rest paid to the seller.

Too Good To Go will launch in Austin, Texas, this week, followed by Atlanta and Los Angeles in October. Plans are to be in many of the largest US cities by the end of 2021.