We use cookies to provide you with a better experience. By continuing to browse the site you are agreeing to our use of cookies in accordance with our Cookie Policy.
Home » Lamb Weston investing heavily to meet global french fry demand

EAGLE, IDAHO — Lamb Weston Holdings, Inc. is expanding. During the past five months the company has announced three significant capital projects in markets around the world that will increase its scale and capitalize on global consumer demand for value-added potato products.

On July 27, the day the company released its fiscal 2021 financial results, Lamb Weston/Meijer, a European joint venture, said it will expand production at a plant in Kruiningen, The Netherlands. The investment will cost $237 million and add approximately 390 million lbs of capacity.

Five days earlier, Lamb Weston said it will expand french fry processing capacity at its manufacturing plant in American Falls, Idaho. The $415 million investment will grow the plant’s capacity by more than 350 million lbs of frozen french fries and other potato products per year. And in March, the company outlined plans to invest $225 million in a french fry processing plant in Ulanqab, Inner Mongolia, China.

The investments come in the wake of what Mr. Werner called “the most challenging operating environment in our company’s history.”

“Although our results in fiscal 2021 were somewhat choppy due to the pandemic, we focus on the right near-term priorities, while making sure we continue the pursuit of our long-term strategic objectives,” Mr. Werner said. “The pandemic showed the resilience of the category and our business model, with demand in most of our Foodservice segment channels largely offset by the performance in QSR (quick-service restaurants) and at Retail.” 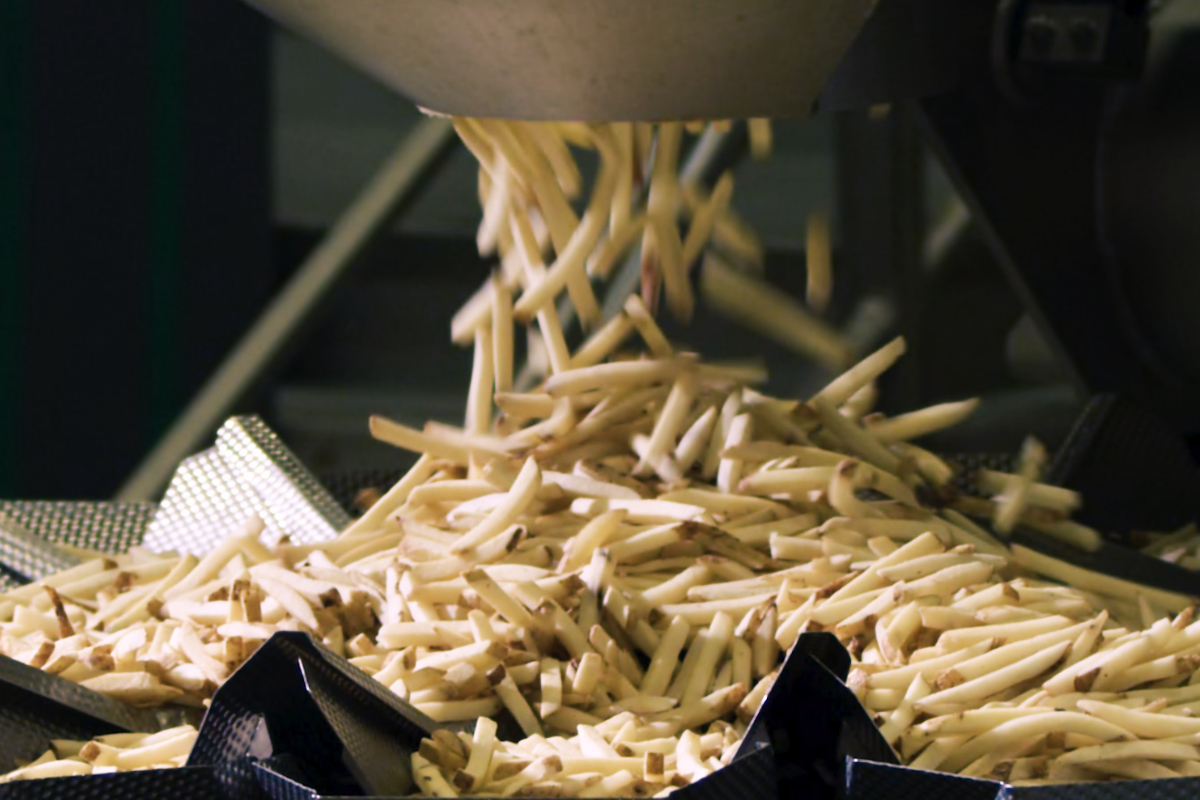 “We're encouraged by the pace of recovery in restaurant traffic in the US,” Mr. Werner said. “While overall restaurant traffic remains below pre-pandemic levels, it's recovered much of the lost ground and continues trending in the right direction.”

“What's helped to offset the effect of lower restaurant traffic during the year has been an increase in fry attachment rate,” Mr. Werner said. “Simply put, this is a rate at which consumers order fries when visiting a restaurant. The increase in fry attachment rate has been largely consistent through most of fiscal 2021, and we believe that rate may have some staying power. We believe that if fry orders continue at the higher rate as restaurant traffic normalizes, it would lead to a meaningful amount of additional volume demand in the US annually.

“The increase in fry attachment rate in part helps to explain how our shipments in most of our key restaurant and foodservice channels have already reached core or close to pre-pandemic levels on a run-rate basis despite restaurant traffic not yet fully recovered it.”

Outside of the US, Mr. Werner called the foodservice situation “more complicated.” While demand has improved in Europe and other international markets, the pace of recovery has been uneven.

In fiscal 2022, management is guiding sales growth will be above the company’s long-term target of low- to mid-single digits.

“For the first half, we expect growth to be largely driven by higher volume, although we also anticipate that overall price/mix will be positive,” said Bernadette M. Madarieta, controller. “The expected volume increase reflects the continuing recovery in demand in the US and our key international markets as well as the comparison to our relatively soft shipments during the first half of fiscal 2021 due to the pandemic.

“For the second half of the year, we expect our sales growth will reflect more of a balance of higher volume and improved price/mix. While the volume drivers should be similar to those in the first half, the benefit of the shipment comparisons will be less pronounced, especially late in the year.”