We use cookies to provide you with a better experience. By continuing to browse the site you are agreeing to our use of cookies in accordance with our Cookie Policy.
Home » Snack startup BelliWelli making waves in digestive wellness

LOS ANGELES — Digestive health is a trending topic among consumers; however, many products marketed as “gut-friendly” miss the mark, said Katie Wilson, co-founder of a snack brand developed for the millions of Americans suffering from irritable bowel syndrome.

“There’s a real disconnect,” she said. “You might see ‘gut-friendly’ slapped on something because it has probiotics, but that’s a quarter of the battle.”

Previously a celebrity matchmaker (who also held the role of chief dating expert at Match.com), Ms. Wilson had endured a battery of colonoscopies, endoscopies and more, desperate to resolve her chronic abdominal symptoms. She developed an online community of whom she deemed fellow “gut-challenged” individuals to gain additional perspective.

With no prior consumer products experience, she and her husband, Nick, a professional model, earlier this year launched BelliWelli, a line of soft-baked gluten-free, plant-based nutrition bars containing probiotics. The products are certified by Monash University as low-FODMAP, a term gaining awareness and referring to fermentable oligosaccharides, disaccharides, monosaccharides and polyols, which may trigger discomfort and bloating in those with sensitivities. Additionally, BelliWelli snacks are free from sugar alcohols, which Ms. Wilson said are difficult to digest. 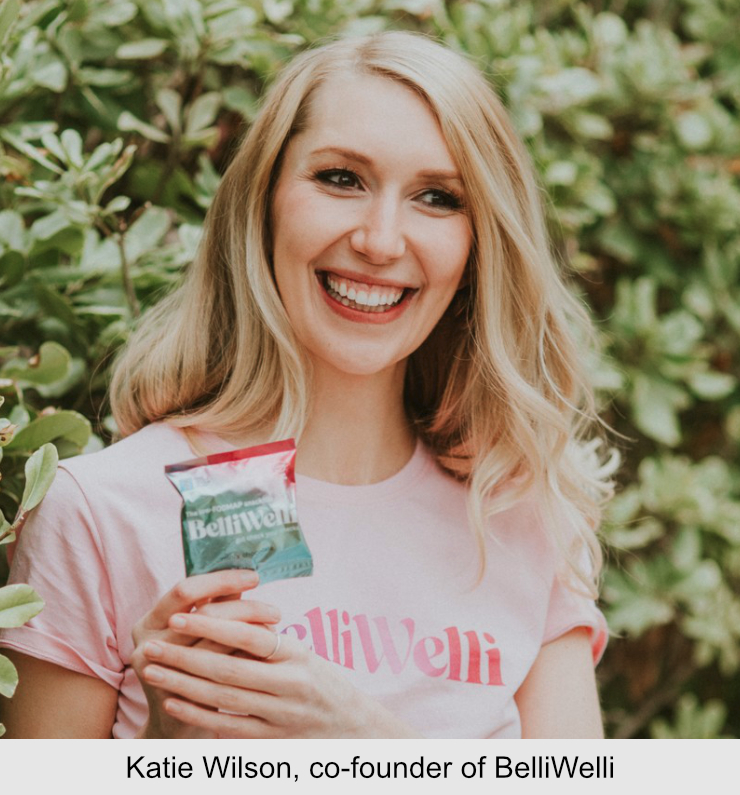 “We wanted this to be easy, to hand people something to say, ‘This isn’t going to fix your problems, but this is definitely going to give you peace of mind,’” Ms. Wilson said. “You can snack without worrying, and that’s what we wanted to achieve.”

BelliWelli debuted online in March at belliwelli.com. Ms. Wilson tapped into the social media following she created to generate brand buzz. The startup sold 800 bars within the first 24 hours, she said.

“We want to continue to grow that strong direct-to-consumer base before we go to retail,” Ms. Wilson said. “That said, we may dip our toes into retail and head to a few regional retailers, but we want to save big retail for later.”

The brand plans to launch additional flavors this fall, guided by input from consumers. 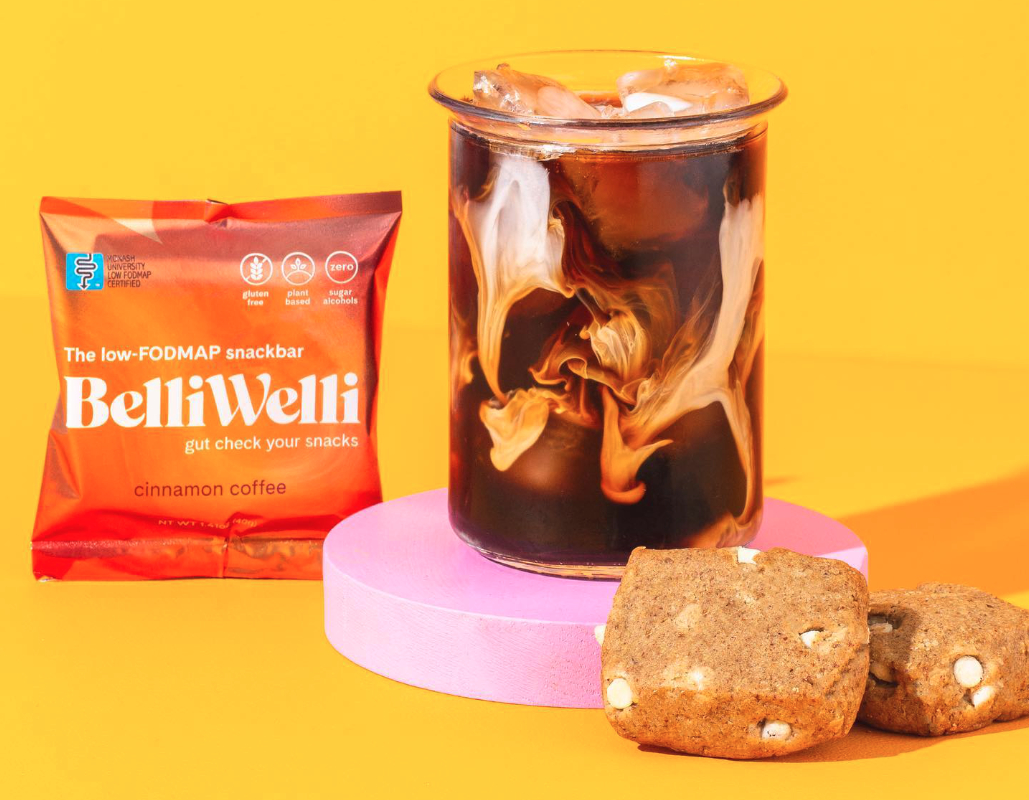 “I anticipated prior to going out and raising money that I was going to have an uphill battle when it came to education on this topic,” Ms. Wilson said. “I thought I was going to have to explain to everyone that two out of three Americans are reporting daily gut trouble and one in five potentially have IBS. But that was not the case. Every person I interacted with, regardless of whether they chose to invest or not, had a connection to gut issues and IBS…  It was an aha moment for a lot of people and a very quick, painless fundraising process because everyone understood the need.”

Ms. Wilson used the proceeds to support production and marketing. Unlike other brands tackling digestive health issues, hers is embracing terms like “bloating,” “constipation” and “diarrhea” on packaging and other content, a decision some warned would be risky.

“Those are the words that are living and breathing, and so it felt like this big gap between the consumer who’s living with these very real problems and the people making the food,” she said. “A lot of people told me, ‘No, I don’t think you can talk about IBS, bloating and constipation,’ and I fiercely disagree. I think that’s actually where the opportunity is.”