We use cookies to provide you with a better experience. By continuing to browse the site you are agreeing to our use of cookies in accordance with our Cookie Policy.
Home » Starbucks serving new fall drink

SEATTLE — Pumpkin spice is back at Starbucks, but the coffee chain’s new autumn offering focuses on a different fall flavor: apple.

Available hot or iced, the Apple Crisp Macchiato features the flavors of spiced baked apple and brown sugar with steamed 2% milk, espresso and a topping of caramelized-spiced-apple drizzle, brown sugar and cinnamon.

“For many customers, Starbucks signals the start of the fall season and has inspired a cultural phenomenon around fall flavor and products,” said Raegan Powell, senior manager on the Starbucks Corp. research and development team. “Fall at Starbucks brings customers back to the nostalgic flavors of the season, and our team used that inspiration to create a new flavor that celebrates those feelings of comfort and familiarity.”

The inspiration for the new beverage began with the idea of the fall harvest, Starbucks said. While pumpkin is popular, the company’s R&D team saw potential in the prominent fall flavor of apples. So in spring 2020, the team started testing a range of apple-flavored offerings, including apple maple syrup, apple cider donuts and an array of apple pies, cakes and crisps.

“The No. 1 thing we heard when developing the ingredients was customers wanted more apple,” Ms. Powell said. 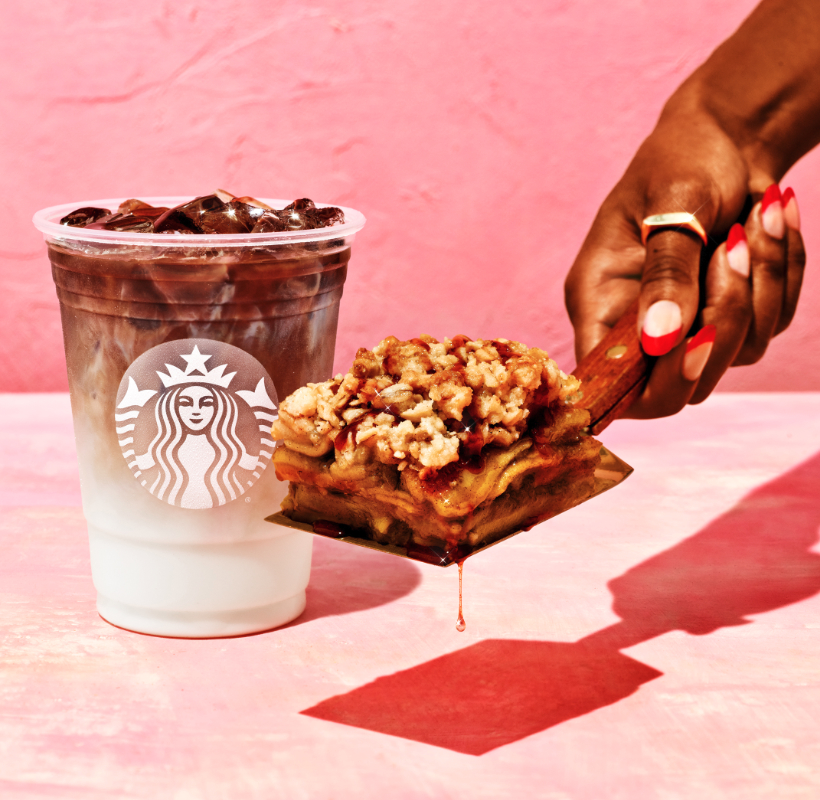 The Apple Crisp Macchiato pulls inspiration from a variety of red apple flavors available in the fall season, including apple puree in the caramelized apple drizzle.

“Creating an ingredient with a spicy baked apple flavor was crucial to be able to bridge an autumn red apple to espresso,” Ms. Powell said. “Consider how well a delicious slice of warm apple pie pairs with a cup of coffee or how well the combination of Starbucks roasty signature espresso pairs with warm spices such as cinnamon and nutmeg.”

Starbucks’ Apple Crisp Macchiato is available in the United States and Canada starting Aug. 24 for a limited time while supplies last.

“We are hopeful customers will enjoy their Apple Crisp Macchiato, hot or cold, and feel comfort as they take on all that fall has to offer,” Ms. Powell said. “No matter our customers’ traditions — football games apple picking, or trick-or-treating — the Apple Crisp Macchiato is bound to bring comfort in a cup.”