We use cookies to provide you with a better experience. By continuing to browse the site you are agreeing to our use of cookies in accordance with our Cookie Policy.
Home » Fila Manila introducing Filipino flavors to US market

His startup, which makes simmer sauces inspired by the Philippines’ most iconic dishes, was named the winner at the Natural Products Expo East Pitch Slam competition on Sept. 23.

More than 4.2 million strong, Filipino Americans represent 19% of the nation’s Asian population, according to Pew Research Center. However, as Mr. Deleon acknowledged, the community is not represented in mainstream supermarkets. A first-generation Filipino American, he launched the business last year to share his family’s favorite comfort foods with more people in the United States.

“In true immigrant hustle, I funded the first prototype with my stimulus check,” he told the panel of judges.

Fila Manila markets three jarred sauces: Kare-Kare, with roasted peanuts, garlic and spices; Adobo, combining soy and garlic; and Caldereta, a tomato sauce with red bell pepper and spices. Available online and in a handful of specialty retailers, the sauces are gluten-free and vegan, sweetened with dates and formulated with no artificial colors, flavors or sweeteners. 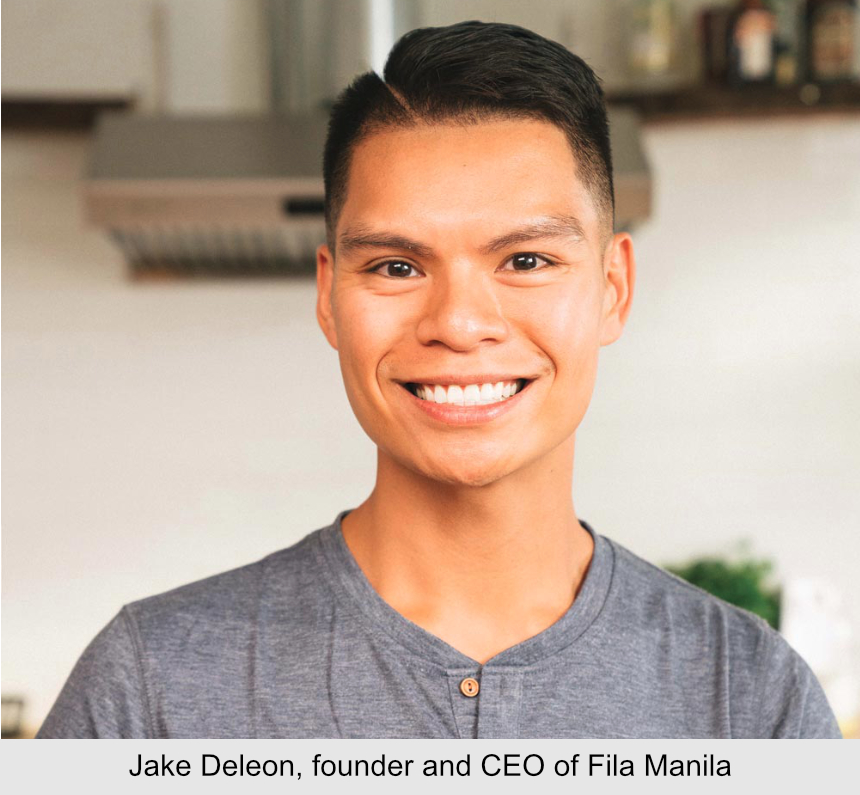 “While we’re committed to the success of our sauces, we want to show you the world of Filipino cuisine in the future,” Mr. Deleon said, sharing plans for future products, including snacks, frozen desserts and more. An ube coconut and purple yam jam is set to roll out early next year, and prepared meals such as adobe beef stew may launch later.

Beyond increasing visibility of his culture, Mr. Deleon partners with Asian American Pacific Islander non-profit organizations and has provided 300 meals for frontline workers and families in need.

“The feedback is that buyers are intrigued, consumers love us, and my mom says, ‘Well, it’s not bad,’” Mr. Deleon joked, adding, “but in Filipino mom speak, that means, ‘Oh my god, I’m obsessed.’”

While Filipino cuisine has been slow to take off in the consumer packaged goods marketplace, Mr. Deleon noted a growing appetite online and pointed to the recent popularity of ube, the purple tuber popping up on social media feeds. Originating from the Philippines, ube’s vibrant hue and sweet taste recently appeared at Trader Joe’s stores in several items, including a pancake mix, ice cream and tea cookies, that quickly sold out, Mr. Deleon said.

Nine entrepreneurs, including the founders of Aura Bora and Lil Bucks, participated in the semi-final round of the pitch competition. Of the five finalists who advanced, Mr. Deleon was selected by the judges to receive $40,000 in prizes from New Hope Network, the producer of the Natural Products Expos.