We use cookies to provide you with a better experience. By continuing to browse the site you are agreeing to our use of cookies in accordance with our Cookie Policy.
Home » Mondelez upbeat despite cost challenges

CHICAGO — Supply-chain challenges, including transportation and labor shortages, dampened growth at Mondelez International, Inc. in the company’s third quarter. While cautioning that these challenges are likely to persist and have an impact on fourth-quarter results, Mondelez still raised net sales guidance for 2021 and held its net income outlook steady.

“We delivered strong revenue and earnings growth in the third quarter with broad strength across both developed and emerging markets,” said Dirk Van de Put, chairman and chief executive officer. “Demand for our categories and brands remains vibrant and volume growth is solid as we implement pricing to reflect higher inflation. We expect elevated inflation and logistics volatility to persist but remain confident in our plans to deliver on our financial algorithm, supported by compounding brand investments, pricing as necessary, distribution expansion and our robust ESG agenda, including our recently announced target of net zero emissions by 2050.”

Updating its 2021 outlook from guidance issued three months earlier, Mondelez said net revenue growth should be about 4.5%; earnings-per-share growth should be high single-digit while free cash flow should top $3 billion. The only change from earlier guidance was the sales growth estimate, up from 4% after the second quarter.

During a Nov. 2 call with investment analysts, Mr. Van de Put offered an update on progress the company is making with its “key growth drivers.” Among these is Oreo, a brand Mondelez seeks to grow by $1 billion by the end of 2023. Efforts include the introduction of limited-edition Oreo x Pokemon, which features Pokeman characters like Pikachu imprinted on a select number of the sandwich cookies. He said the Pokemon promotion is the company’s best selling ever, beating previous records set by Game of Thrones and Lady Gaga Oreos.

He also highlighted recent new product innovations such as a Cadbury Plant bar in the United Kingdom, a product suitable for vegans, and Oreo Zero Sugar, introduced in China. Mr. Van de Put said Mondelez sees the latter product as one with “clear potential to expand to other geographies.” 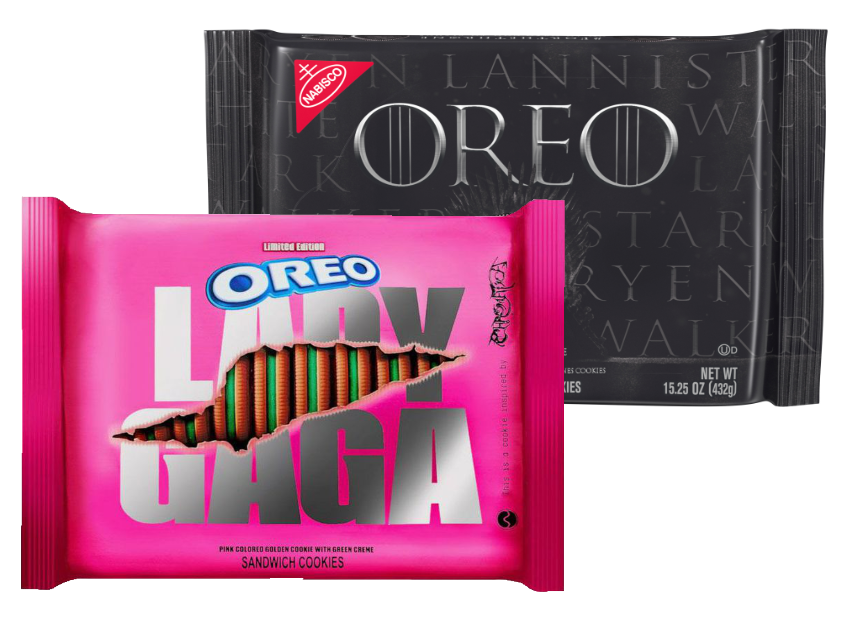 Third-quarter sales growth in North America, up 1.4%, was by far the weakest of any Mondelez geographic region. Sales in Latin America grew 23%; Asia, Middle East and Africa, up 11%; and Europe (the company’s largest division), up 7%.

“These constraints are primarily impacting our external manufacturing and third-party logistics partners,” Mr. Zaramella said. “We expect profit dollar growth to improve in conjunction with recently announced price increases across much of our US portfolio that go into effect as of Jan. 1 next year. For the quarter, the impact of the six-week US strike was mitigated by a business continuity plan, which included increasing inventory levels ahead of it. Nevertheless, there will be an impact in Q4.”

Responding to an analyst’s question, Mr. Van de Put acknowledged that the operating environment is “challenging,” especially in the United States. He noted that North American revenues climbed modestly in the third quarter and are up more than 3% on an annual basis since 2019.

“Demand remains very robust in biscuits, but the service challenges in the second half due to pressures on the logistic capacity, third-party labor and the strike, which is now resolved, had an impact in Q3 and will continue to have an impact in Q4,” he said.

Mr. Van de Put also provided color on the recent Mondelez announcement that the company would become carbon neutral by 2050.

“We plan to deliver net zero by focusing on the highest contributors to our carbon footprint,” he said. “In our case, there are raw materials, which contribute 71% of our emissions. We will amplify our existing programs like Cocoa Life and Harmony Wheat in support of this, and we will focus on leveraging emerging low-carbon technology at our owned operations.”

Asked by an analyst why the company is committing to carbon neutrality now when it had been reluctant in the past, Mr. Van de Put acknowledged the hesitancy and said the company conducted deep research before moving forward.

“We were a little bit reticent in the past year to declare anything until the team had done their homework,” he said. And so they've been working quite hard. I've been told that it's probably one of the deepest exercises in trying to understand how do you really get there. We were really wondering, ‘Will we get there?’ ‘Can we make a plan that we can realistically believe in that is doable? And then we wanted to know the different details step-by-step, what it means.”

Touching on the focus Mondelez will give the ingredients that account for 71% of the company’s emissions he said more investments will be made in Cocoa Life and a wheat program related to regenerative agriculture will be extended.

“We need to make sure that our whole packaging approach is clear on recyclable but also working on the recyclability and the use of virgin plastic over the years,” he said. “We needed to get into our operations, understand renewable electricity. We need to reduce food waste, which we've done quite significantly, but we need to do more, 15% in our own operations, 50% in our distribution, for instance. We need to change all our ovens. We need to change all our boilers and so on and so on. And then in logistics, we need to switch to electric vehicles, hydrogen trucks, work on our warehouse emissions and change the efficiency of our networks, just to name a few things of what this means.”