NEW YORK — From climate change to cultural inclusivity, environmental and social issues are shaping the way people eat and drink, according to WGSN. West African side dishes and Vietnamese coffee are among the food and beverages the Ascential-owned trend forecasting company sees taking off in 2022.

A recent wave of social unrest in the United States highlighted the need for more diversity and respect in the food system, said Kara Nielsen, director of food and drink at WGSN. Food and beverage makers are leaning into their cultural roots, helping consumers decolonize their plates while highlighting the benefits of previously overlooked ingredients.

“This decolonization is really about unpacking what we thought cuisine was and where it came from,” Ms. Nielsen said. “It’s about digging in, trying to understand the roots of our food and giving credit where credit is due.”

She pointed to jollof rice as an example. Simmered in reduced tomatoes, onions, peppers and different seasonings, the traditional West African dish also goes by the names Spanish Rice and Creole Rice. Black entrepreneurs and chefs are repositioning the dish in traditional ways, setting the stage for jollof rice to make its way around the world in new packaged goods, including frozen meals and seasoning kits.

The flavor-packed dish is among a range of West African-inspired frozen products offered by Ayo Foods. Products like Jollof Rice Pilaf Seasoning and Pepper Soup African Seasoning from startup Iya Foods may be used to create both traditional African dishes as well as typical American dishes.

“We're starting to see West African entrepreneurs push Jollof Rice out along with other spice blend dishes,” Ms. Nielsen said. “They’re saying, ‘This is a delicious tradition that has been coopted to the point where we’ve lost its roots. We’re proud of it and we want credit for our contributions.’”

Koji in the spotlight

Food and beverage makers are showcasing the climate-friendly benefits of plants and ingredients native to Asia. Koji, Japan’s “national fungus,” is set to step into the spotlight in 2022, according to WGSN.

Koji is cooked rice or soya beans that have been inoculated with a fermentation culture. When left on grains, the fungus produces enzymes that break proteins down into amino acids, transform starches into sugars and turn fats into aromatic compounds.

“Koji is one of the hidden ingredients that has been part of the food supply, but nobody was really talking about it,” Ms. Nielsen said. “It’s behind miso, sake and soy sauce and is basically this little workhorse.”

The versatile ingredient has been favored by global chefs for years but is just beginning to play a starring role in trending products, appearing in plant-based meat alternatives from sustainability-focused startups like Prime Roots and Kuleana.

Vietnamese coffee is poised to pop as the world moves toward a post-Arabica future, according to WGSN. The Arabica bean dominates the specialty coffee market but is facing a growing threat from climate change. IDB Group predicts rising global temperatures will reduce the area suitable for growing coffee in Latin America by up to 50% over the next 30 years.

Vietnam is the world’s largest producer of Robusta coffee, a highly productive, disease-resistant species that is well suited to warmer temperatures.

“Vietnam has been growing coffee for a long time, but it’s becoming a bigger and more important player,” Ms. Nielsen said. “We’re seeing this in the rise of companies that are not afraid to call out Robusta, which used to be seen as an inexpensive, filler, bulk bean.”

“The United States is in this cultural moment where many Asian American entrepreneurs are standing up and saying, ‘We count, we’re bringing really interesting things here. Our culture has value and we want to share it with you,”’ Ms. Nielsen said. 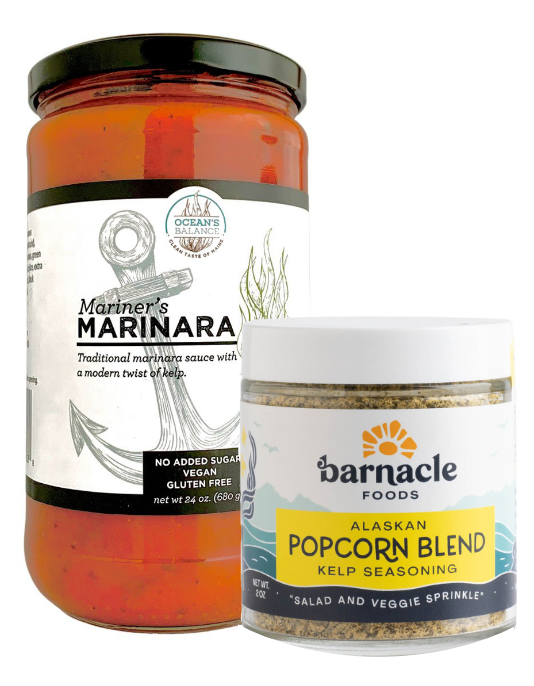 Kelp is the top ingredient associated with regenerative agriculture, according to WGSN’s food and drink social media influencer map. The fast-growing seaweed permanently removes carbon dioxide from the environment. A good source of protein, calcium and other nutrients, kelp has gained momentum in snack products like seaweed puffed snacks from 12 Tides.

WGSN expects kelp will appear in a wider range of products in the year ahead. Examples include a tomato-based pasta sauce formulated with seaweed from Ocean’s Balance and a popcorn blend kelp seasoning from Barnacle Foods.

“All of these different applications really show kelp’s range,” Ms. Nielsen said. “It doesn’t have to just be a kelp snack. It’s about integrating it as a new protein ingredient.”

Functional prebiotics are showing up in next generation sodas, brimming with natural flavors, clean labels and a healthy dose of carbs to feed good bacteria in the gut. With brands like Olipop and Poppi gaining a strong following among millennials, WGSN expects gut-friendly sparkling beverages will become more popular in the year ahead.

“I see these very millennial-focused brands for people who are already buying things like kombucha or other functional drinks,” Ms. Nielsen said. “Think about how much hard seltzer, flavored seltzer and bubbly water is being consumed.”

Functional sodas presage an increase in prebiotic ingredients being added to all kinds of food, she added. United Kingdom-based TROO offers a syrup made from chicory root, a prebiotic fiber. The gut-friendly alternative to honey may be used as a spread, for baking or for sweetening coffee and tea.

“We’re seeing prebiotics being called out in cereal, too,” Ms. Nielsen said. “There’s also a lot of mainstream bread with more prebiotics.”