KANSAS CITY — Achieving non-GMO certification when working with soybean oil may prove problematic. Biotech varieties accounted for 95% of the 86.7 million acres of soybeans planted in the United States last year, according to the June 30, 2021, acreage report from the US Department of Agriculture. However, new soybean varieties developed through traditional breeding are being grown on thousands of acres, which should lead to more non-GMO soybean oil in the years ahead. Many of the varieties have additional functional qualities food companies may find appealing.

A patent for a method to produce soybeans, developed through soybean breeding, with an oleic acid content of as much as 80% to 85% was issued in 2015. The University of Missouri and the USDA Agricultural Research Service are joint owners of the patent. The Missouri Soybean Merchandising Council is the exclusive licensee. The high content of oleic acid means the oil will last longer in high-temperature conditions such as baking and frying. The soybeans are sold under the Soyleic brand.

“Through various forms of identity preservation (IP), licensees of Soyleic beans are able to segregate and create the pipeline for seed production,” said Samantha Turner, director of communications for the Missouri Soybean Association and the Missouri Soybean Merchandising Council. “This allows for traceability of the Soyleic beans from the field to the crush. The discovery of a unique trait in a field of high-oleic soybeans led to the creation of Soyleic. It was not created through gene editing or genetic engineering, making it a non-GMO option for high-oleic soybeans. While scientists wholeheartedly agree that GMOs are safe for food use and consumption, consumers want to have choices when making food decisions.”

“The versatility and neutral taste of soybean oil made it one of the most popular vegetable oils used in food around the world,” Ms. Turner said. “With bans and regulations around trans fats and partially hydrogenated oils, the introduction of high-oleic soybean oil is a welcomed addition to the food industry. Soyleic seed provides an ideal, easy-to-incorporate solution for shortenings without partial hydrogenation, eliminating the presence of trans fats.”

The oil provides a neutral flavor profile and has an extended shelf life, she said.

An estimated 38,000 acres of Soyleic soybeans were planted in 2021, and that figure is expected to surpass 100,000 acres in the United States in 2022. The Missouri Soybean Merchandising Council has a licensing agreement with Benson Hill, St. Louis, to increase accessibility of Soyleic high-oleic soybeans and oil.

Like soybean oil, non-GMO corn oil may be hard to find since 93% of all corn acres planted in the United States last year were biotech varieties, according to the USDA. Healthy Food Ingredients, Fargo, ND, offers both corn oil and canola oil that have been certified by the Non-GMO Project, Bellingham, Wash. Product is grown under contract and segregated as it comes into the facility, said Jennifer Tesch, chief marketing officer of HFI.

“Consumer demand for non-GMO ingredients remains very high,” she said. “However, not all ingredients fall under the high-risk category under the Project’s standards. Both corn and canola are considered high risk. Another high-risk crop includes soy ingredients.”

High-risk ingredients include commodity crops such as corn, soy or canola that are widely commercialized as GMO, said Hans Eisenbeis, director of marketing and communications, Non-GMO Project.

“That product requires a bit more scrutiny, and it requires laboratory testing as well,” he said. 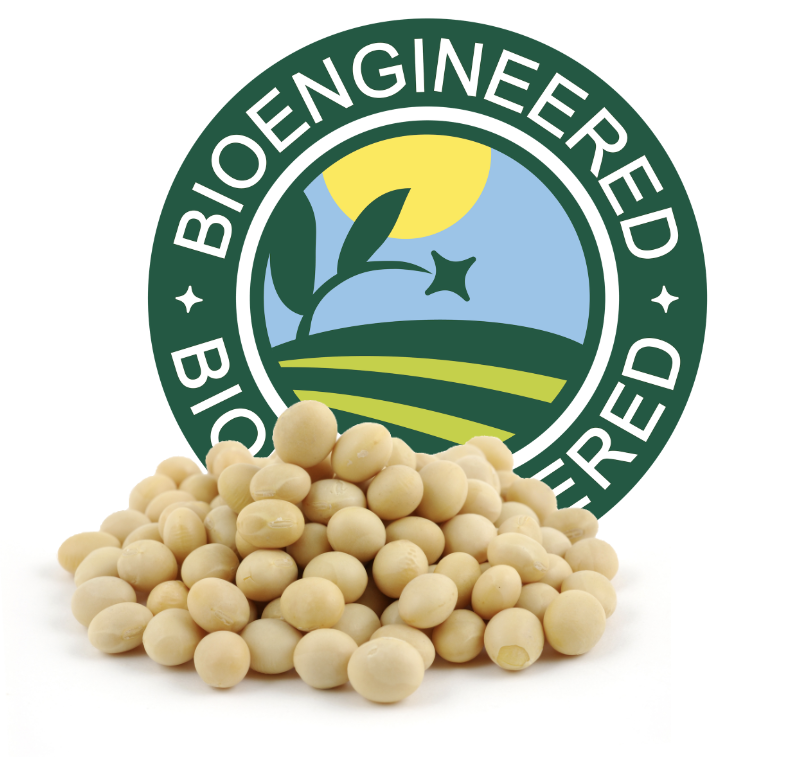 The BE labeling law

The Non-GMO Project follows stricter rules than the USDA when it comes to bioengineered/GMO ingredients. Oils sourced from soybeans or corn stand a good chance of not having to be classified as bioengineered (BE) under USDA regulations. The National Bioengineered Food Disclosure Standard became mandatory for food and beverage companies on Jan. 1.

The definition of bioengineered food excludes foods where modified genetic material is not detectable, according to the Dec. 21, 2018, issue of the Federal Register. Food in which any single ingredient contains more than 5% of a bioengineered substance, regardless of whether its presence is inadvertent or unintentional, is subject to disclosure.

Food-grade vegetable oils may be derived from bioengineered crop sources, including corn, soybean and canola, and then refined with a variety of methods, according to the USDA. Degumming, neutralizing, bleaching, deodorizing and dewaxing remove substances present in raw vegetable oil. Based on scientific evidence, refined beet and cane sugar, high-fructose corn syrup, degummed refined vegetable oils, and other refined ingredients are unlikely to require the BE food disclosure because the conditions of processing serve to degrade or eliminate the DNA that was initially present in the raw agricultural commodity, according to the USDA.

“It is basically a detection scheme,” Mr. Eisenbeis said. “So if the end product has no detectable modified genetic material in it, then you won’t have to label it.”