We use cookies to provide you with a better experience. By continuing to browse the site you are agreeing to our use of cookies in accordance with our Cookie Policy.
Skip To Content
Home » Majority in UK survey say no to lab-grown meat, edible insects

LONDON — Sixty percent of United Kingdom consumers in a Food Standards Agency survey said they were willing to try plant-based protein products. The same could not be said for lab-grown meat (34%) or edible insects (26%) with many respondents citing food safety concerns.

“We recognize the potential of alternative proteins for improving dietary health and as part of a sustainable food system,” said Robin May, PhD, chief scientific adviser of the FSA. “This important survey highlights that, while many consumers are considering trying alternative proteins, they will quite rightly only do so if they are confident that these products are safe and properly regulated.

“Consequently, we are working closely with businesses and trade bodies to ensure they make effective use of the FSA's existing regulatory framework so that consumers can benefit from innovative food products whilst still having full confidence in their safety.”

The survey from the London-based FSA contacted 1,930 consumers of the ages 16-75 living in England, Wales and Northern Ireland between Dec. 9-11. Seventy-seven percent said they perceived plant-based proteins as being safe to eat while 4% said they were unsafe. The percentages for edible insects were 50% safe to eat and 20% unsafe, and for lab-grown meat they were 30% safe to eat and 29% unsafe. 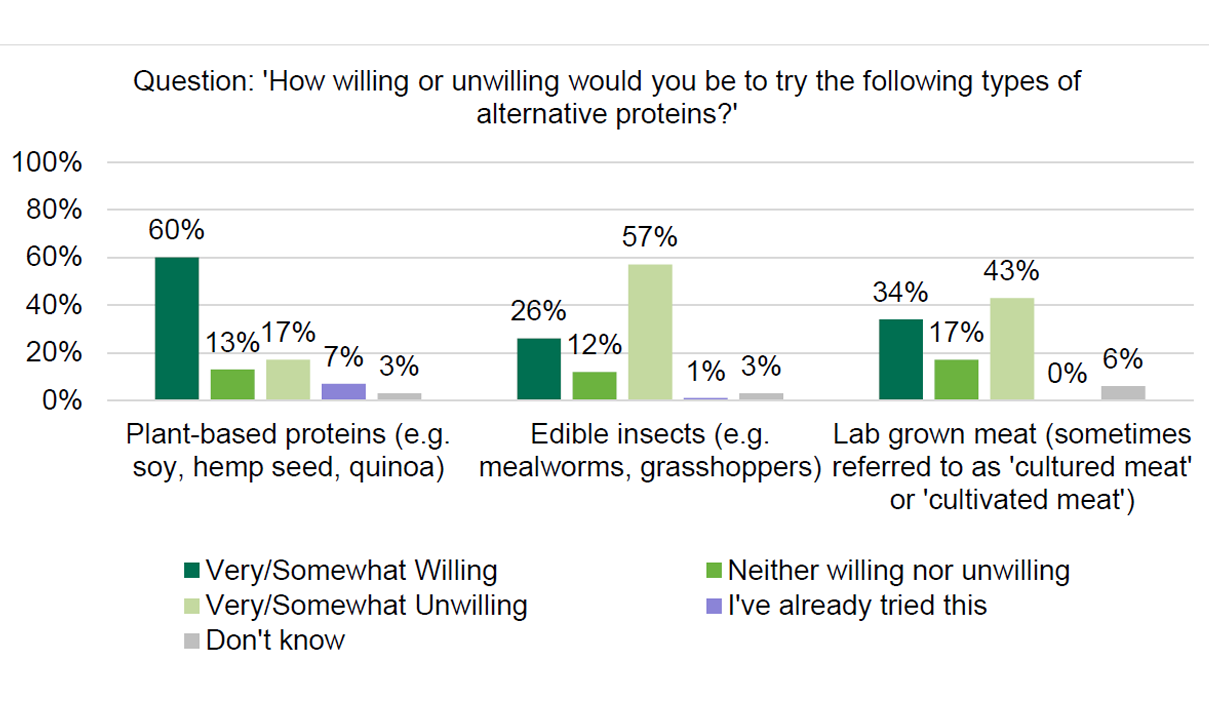