We use cookies to provide you with a better experience. By continuing to browse the site you are agreeing to our use of cookies in accordance with our Cookie Policy.
Home » Bay State Milling minimizing grain strain in new product development

QUINCY, MASS. – An unprecedented number of global disruptions translates into more risk in the food supply chain, which is highly dependent on international collaboration. But on the flipside, it presents opportunity at a local level, said Peter F. Levangie, president and chief executive officer of Bay State Milling. That opportunity comes in the form of developing new products using available resources.

In October 2021, New York City-based Enlightened, a Beyond Better Foods brand, introduced sugar-free ready-to-bake cookies in the retail frozen foods department. Made with no added sugar and two grams of net carbs per cookie, the company uses Bay State Milling’s HealthSense, a high-fiber wheat flour with up to 10 times the fiber of traditional refined wheat flour. The flour also is featured in Enlightened’s Sugar-Free Cones.

“HealthSense has the same great taste and versatility and is made from just one ingredient, wheat,” Mr. Levangie said. “It is made from a unique, non-GMO variety of wheat that contains much more prebiotic fiber — in the form of resistant starch — than traditional wheat.”

Bay State Milling has about a decade’s worth of inventory available to help food formulators to innovate. The company is working with brands — big and small — to ensure their products are on the shelf. The company also is working with them to reformulate existing products — often adding nutrition — and creating better-for-you options. 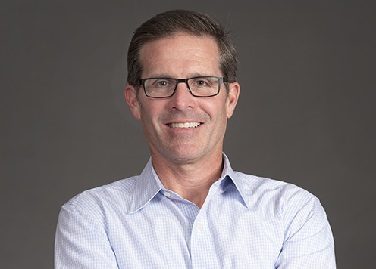 “Consumers want more out of their food,” Mr. Levangie said. “Through our strategic partnerships, we are building more value into staple products.”

As one of the largest wheat millers in North America, the 123-year-old company likes “to find niches where we are different,” Mr. Levangie said. “We can do that because we are smaller than the big multi-nationals. We have leveraged technology and non-GMO breeding and processing technology to improve wheat, as well as oats.”

Fast-casual national restaurant chain Noodles & Company, Cherry Creek, Colo., worked with Bay State Milling to develop Leanguini, which has been available nationwide since May. In addition to being made with HealthSense, the Leanguini formulation includes egg, vital wheat gluten and durum flour. It is described as “replicating its namesake fresh noodle with a healthier edge.” It has the same taste and texture as regular linguini but with 56% fewer net carbs and 44% higher protein than traditional wheat pasta noodles.

Introducing such a concept on a national basis would not be possible during the current environment if Bay State Milling had not built enough inventory to sustain some of these challenges.

“When we started growing HealthSense a decade ago, we knew we had to build some resilience in the supply chain,” Mr. Levangie said. “What we basically did is build enough inventory where we could have enough supply from one- to two-crop cycles. We are starting to promote our supply resilience and price stability. We are incredibly well positioned.”

HealthSense is a commercial ingredient that debuted right before the pandemic. It is available as a refined flour that tastes and performs like traditional wheat flour. Co-branding with language such as “made with HealthSense Flour” is an option.

“This provides traceability, from seed to dinner plate,” Mr. Levangie said. “We encourage marketers to describe it as a ‘varietal specific solution.’”

The one difference compared to traditional wheat flour is the starch complex absorbs a little more water; therefore, minor formulation adjustments may be required.

With more at-home baking taking place since the pandemic, the company pivoted and entered the consumer products space (via Amazon) with Flourish Flour high-fiber all-purpose wheat flour that supports good digestive and immune health. It contains five times more fiber than traditional all-purpose flour and is verified by the Non-GMO Project. It is a direct replacement for all-purpose flour in most recipes.

“Because this non-GMO variety naturally lacks hulls, these gluten-free oats can be processed with less energy,” Mr. Levangie said. “Similar to HealthSense, we have built significant inventory of SowNaked Oats. We have been able to offer supply assurance.”

SowNaked Oats may be used in all applications where conventional oats are found. Mr. Levangie believes the biggest opportunity is in oat beverages, where protein content is often lacking.