We use cookies to provide you with a better experience. By continuing to browse the site you are agreeing to our use of cookies in accordance with our Cookie Policy.
Skip To Content
Home » Special report: Mycelium taking root in food innovation

KANSAS CITY — Applications for mycelium are mushrooming across the food and beverage landscape. The root structure of fungi is gaining momentum as a high-protein ingredient in meat alternatives, animal-free dairy products and more. Mycelial fermentation is also serving as a processing tool and production vehicle, offering solutions to a growing number of formulation challenges.

In nature, mycelium spreads quickly and resiliently underground for acres and even miles. As it grows, it assembles a network of branching thread-like fibers that provide the stability needed for mushrooms to sprout and stem. It also grows rapidly when cultivated indoors, developing from a small speck to a thin sheet to a large slab weighing several pounds in around a week.

Several startups are using those slabs to create whole-cut meat alternatives. Mycelium-based cutlets from Meati Foods were named one of the top innovations of 2022 by Time magazine. The chicken analog appeared on the publication’s annual “Best Inventions” list alongside MyBacon from MyForest Foods, which is nearly 100% mushroom root.

Prime Roots cultivates mycelium from koji, a Japanese fungus traditionally used to make sake and soy sauce, in large tanks, adding sugar and other nutrients to help it grow. The result is a neutral tasting and protein-rich material with a texture that closely resembles the dense structure of animal muscle. 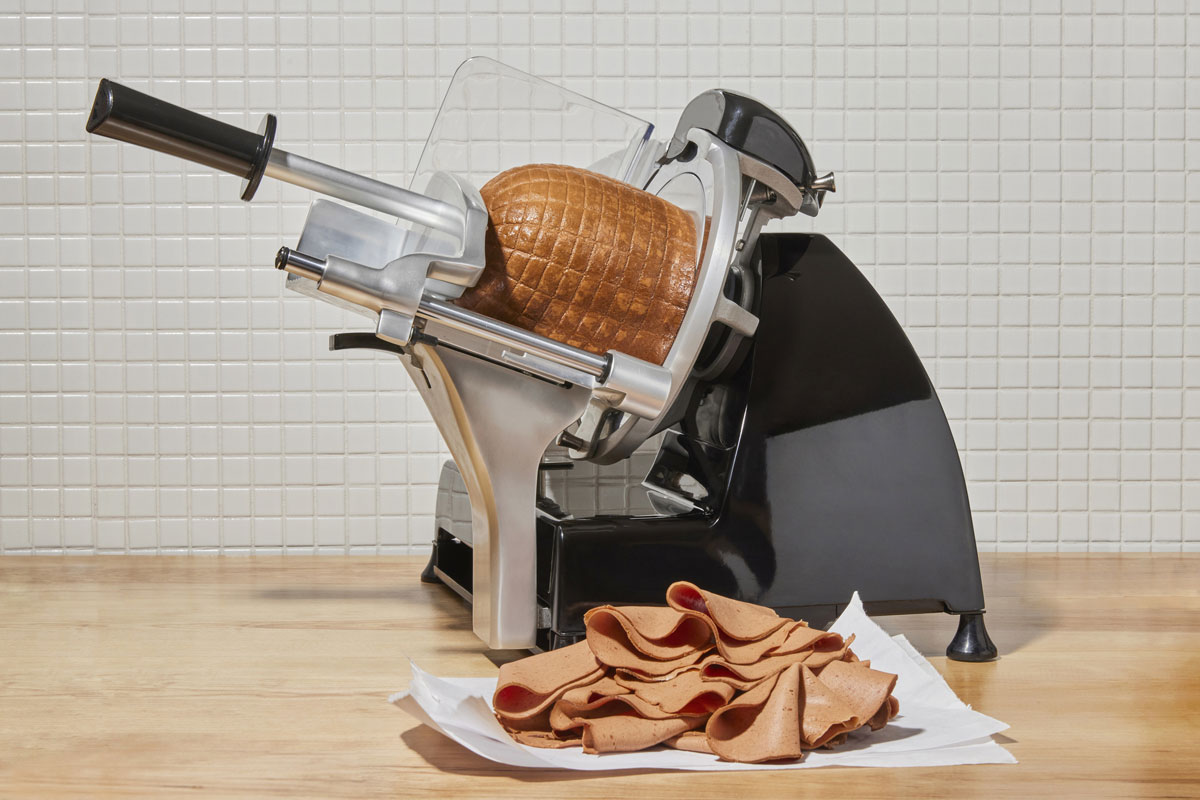 “Because we have the base building block of that animal muscle fiber texture, we literally use meat processing techniques from there,” said Kimberlie Le, founder and chief executive officer of Prime Roots. “We combine the mycelium with flavors and colors, form it into the right shape and size, and then it’s cooked. The entire process takes around five days.”

Prime Roots is a case study in mycelium’s versatility. The company has recreated beef, chicken and sausage products. It launched a range of seafood alternatives and ready-to-cook meal solutions before pivoting to the deli case earlier this year. Its portfolio now includes bacon, charcuterie and several varieties of turkey and ham. The deli meats are offered in bulk sizes for fresh slicing.

Using mycelium to create a sliceable meat alternative is a “special unlock” akin to foaming non-dairy milk, she added.

“There’s a certain element of suspending disbelief, similar to the barista versions of plant-based milk alternatives,” Ms. Le said. “When people see our products getting sliced at the counter, they’re perceived as higher quality and fresher, because they’re coming from the whole unit, like traditional turkey or ham.”

Mycelium is improving meat alternatives even when it doesn’t appear in the final formulation. It also serves as a processing tool to unlock the full potential of plant proteins. MycoTechnology Inc.’s FermentIQ protein is made by taking pea protein, or a blend of pea and rice protein, and fermenting it with shiitake mushroom mycelium.

“We’re mixing mycelia with the protein ingredients in the tank,” said Lisa Wetstone, senior director of strategy and innovation at MycoTechnology. “When the protein comes out, it tastes better and is more digestible.”

The process strips away excess carbohydrates and protein inhibitors, freeing access to the protein. It reduces antinutrients like phytic acids to improve the protein’s digestibility. It also transforms the sensory and olfactory experience, decreasing many of the undesirable attributes of the protein’s flavor and aroma.

“We spend a lot of time thinking about how we can replicate processes that occur in nature to improve the way food is made,” Ms. Wetstone said. “We’re constantly asking, ‘What can we feed mycelium or what growing conditions can we use to produce different results?’”

Applications for mycelium extend beyond meat alternatives. Prime Roots is focused on animal-free bacon and deli products, but it has experimented with other delivery systems in the test kitchen, too.

“We’ve made protein bars and cereal as well as sweet and savory dips,” Ms. Le said. “The koji is so neutral in taste that it can be used in just about anything that has a protein component.”

“A bowl of Hyfé pasta has as much protein as a chicken breast, is high in fiber and has no refined carbs,” said Michelle Ruiz, co-founder and CEO. “Hyfé’s mycelium flour tastes and acts just like wheat flour.”

“When mycelium is growing, it secretes all sorts of enzymes and compounds,” Ms. Wetstone said. “We discovered a particular strain that secretes a really interesting compound that has bitter blocking capabilities. We’re deploying the right conditions so that the mycelium produces the right compounds and enzymes, then taking that liquid byproduct from the tank and drying it.”

The flavor modulator decreases the perception of off-notes found in many food and beverage products. It works by temporarily occupying the bitter taste receptor sites on the tongue so negative flavors are unable to bind with them.

“As you finish formulating your product, you may not need to use as much sugar or as much fat to overpower off-notes,” Ms. Wetstone said. “You may be able to spend less on your flavor system because you’re dealing with those challenges right up front.”

Experimenting with different feedstocks, growing conditions and strains of mushroom allows mycelium to be a platform for “infinite discovery and innovation,” she added.

“There are millions of different species of mushrooms, and we’ve barely scratched the surface in studying them,” Ms. Wetstone said. “We discovered this bitter blocking capability in one particular strain, but we know there’s so much more to discover.”

“In comparison to the years it takes to grow an animal, koji only takes a few days to grow and produces nearly zero byproducts,” Ms. Le said. “If you think about growing a cow, you’re feeding around 20 or 30 calories just to get one calorie out. For us, it’s about a one-to-one efficiency.”

“The utilization of legumes and other crops is demanding in terms of water and land usage, and it creates a lot of CO2 emissions,” Mr. Nannini said. “Fermentation uses less land and water, and you’re just putting energy into the tanks and into the fermentation process, so it can result in around 80% to 90% less CO2 emissions.”

“One thing we discovered is that mycelium can be applied to side streams,” Mr. Nannini said. “That’s a really interesting concept, because there are a lot of side streams in the food industry today that are not valorized.”

Hyfé Foods uses wasted sugar water to produce its mycelium flour. MycoTechnology is exploring similar opportunities for turning discarded dates into a feedstock that fuels fermentation. Its goal is to create whole-cut meat alternatives made from mycelium that is fed with the rescued material.

“There are carbohydrate-rich food waste streams all over the world that mycelium will eat up, but the path to deliver those sorts of innovations is going to require some patience,” Ms. Wetstone said. “There are a lot of questions. What is the side stream? What is its nutrient breakdown? What does the demand look like? How can you fill a need in the market by converting this material into something else? I’m very bullish on the fact that in the next five to 10 years, more people will be turning waste streams into something useful.”