We use cookies to provide you with a better experience. By continuing to browse the site you are agreeing to our use of cookies in accordance with our Cookie Policy.
Home » Plant-based protein innovation: 'The sky's the limit'

ANAHEIM, CALIF. — Chad Sarno, co-founder and vice-president of culinary at Good Catch Foods, hopes to hook mainstream consumers with faux fish dishes designed to look and taste like the reel deal. His company's products are slated to hit the market later this year and include pouches of tuna created from a proprietary six-bean blend.

Good Catch, Newtown, Pa., was among a plethora of plant-based food and beverage brands exhibiting at Natural Products Expo West, held March 8-11 in Anaheim. Companies are churning out frozen desserts, yogurt, cheese and burgers made from nuts, legumes, vegetables and grains, as more and more consumers opt to eat less meat and dairy.

"We're seeing all of these incredible innovative products come out, but we're just scratching the surface of what's possible in the protein space," Mr. Sarno said during a panel discussion at the tradeshow. "I think the seafood space is absolutely wide open... There are 7 or 8 million in the U.S. with seafood allergies, so it's a growing need not just from a vegan standpoint and an environmental standpoint but also from an allergen standpoint." 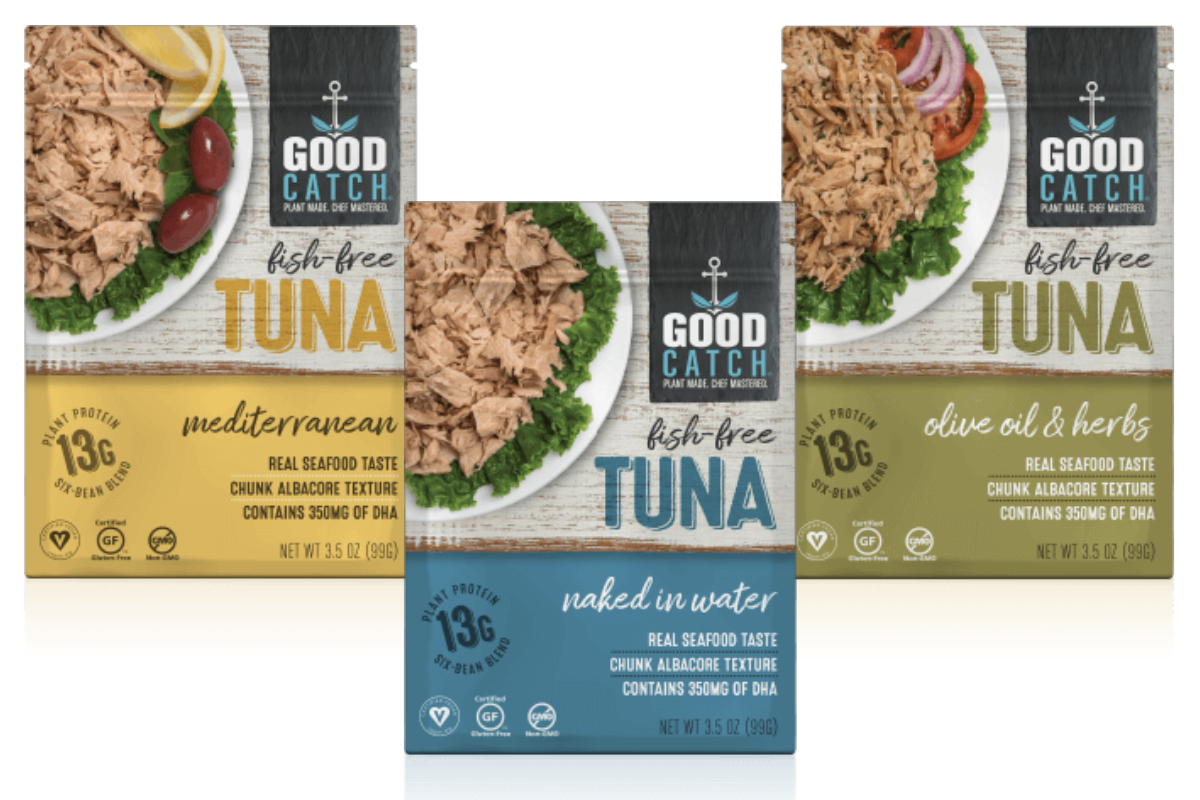 In addition to fish-free tuna, the company plans to launch crab-free cakes and alternatives to salmon, shellfish and more," Mr. Sarno said.

"Working with plant-based seafood, texture has been really key here," he said. "That's something we worked on quite vigorously for the first part of the development."

"We recently just received a sample of cauliflower protein, which is amazing to start incorporating," he said.

Beyond Meat, the El Segundo, Calif., creator of the plant-based Beyond Burger, is experimenting with sunflower seed protein, said Ethan Brown, president and chief executive officer.

"I would love to be able to sell sausages made out of sunflower seeds," Mr. Brown said during the panel discussion. "We get really excited about companies who are trying to bring more diversity to the protein supply chain." 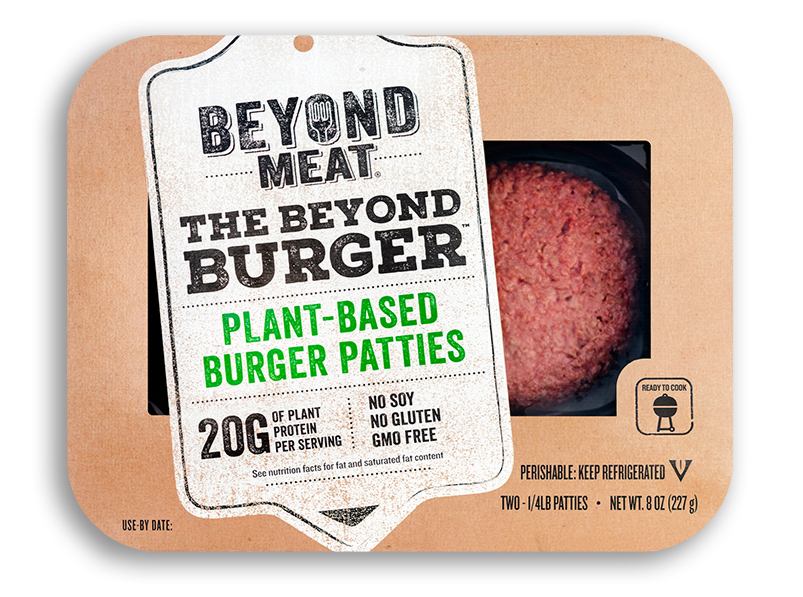 Mr. Brown founded Beyond Meat nine years ago on the transformative idea that “you don’t need an animal to produce a piece of meat,” he said. Soy burgers and similar alternatives had existed for decades, but Mr. Brown wanted to produce a plant-based patty that looked, cooked and tasted like beef. Since launching in 2016, the Beyond Burger is available in the meat case at more than 5,000 grocery stores and served at more than 5,000 restaurants nationwide.

At Beyond Meat, innovation is driven by four core concerns: human health, animal welfare, use of land, water and energy, and climate change.

"We're seeing all of these incredible innovative products come out, but we're just scratching the surface of what's possible in the protein space." — Chad Sarno, Good Catch Foods

"I think a lot of meat companies right now are seeing the growth of the plant-based sector not as a threat to their existing business but an opportunity," said Alison Rabschnuk, director of corporate engagement for The Good Food Institute, Washington. "That's why I think more and more we'll hear about major meat companies repositioning themselves as a maker of protein."

Global Google searches for "vegan" have surged over the past five years, while searches for "paleo," "gluten-free" and "low carb" have leveled off, Ms. Rabschnuk said in a separate presentation at Expo West.

"The opportunity is huge for plant-based meat, especially when we look at current market share," she said. "In the U.S., plant-based meat makes up one-quarter of 1% of the entire meat market. That compares to the 10% that the plant-based dairy market comprises. So we feel when plant-based meat reaches dairy parity, it’s going to be a $20 billion market."

Plant proteins are expected to comprise a third of the entire meat market by 2054, said Ms. Rabschnuk, citing data from Lux Research.

"So how do we get to that $20 billion plant-based meat market as quickly as possible?" she asked. "We believe we need to focus on the three most important drivers in consumer choice, which are price, taste and convenience... If consumers love the taste of your products and can afford your products and they’re easily available, then you’re much more likely to succeed."

Added Mr. Brown, "I think there's a latent demand and a latent desire within human beings for this to work... Very few of us want things that are going into animal agriculture to continue... We want a better way to do it. We can't let up. We can't take our foot off the gas. We have to keep making products that are better."