We use cookies to provide you with a better experience. By continuing to browse the site you are agreeing to our use of cookies in accordance with our Cookie Policy.
Home » Eight trends at Sweets & Snacks 2018

Like birthday cake and s’mores, cinnamon roll is rising as a popular flavor profile, adding nostalgia and nuanced indulgence to confections and snacks. The American Licorice Co. is debuting Red Vines Cinnamon Roll Twistettes featuring flavors of cinnamon and frosting. Angie’s Boomchickapop, a 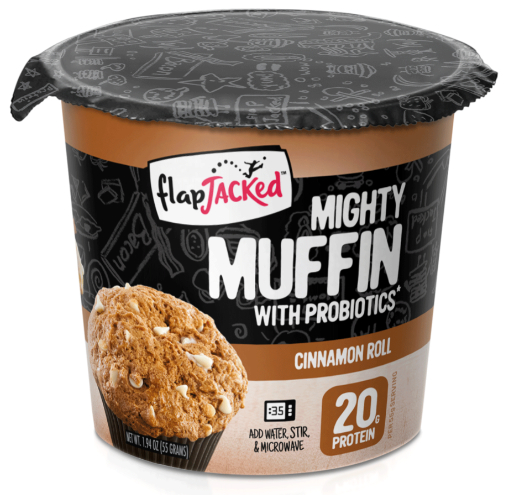 New to the Flapjacked Mighty Muffins line is a cinnamon roll variety, which has 20 grams of protein and contains hints of real frosting.

TH Foods, Inc. is debuting a range of snack mix components, including a cinnamon bun stick — a sesame stick dipped in honey and lightly coated with a sweet cinnamon bun seasoning.

READ MORE: Having a ball