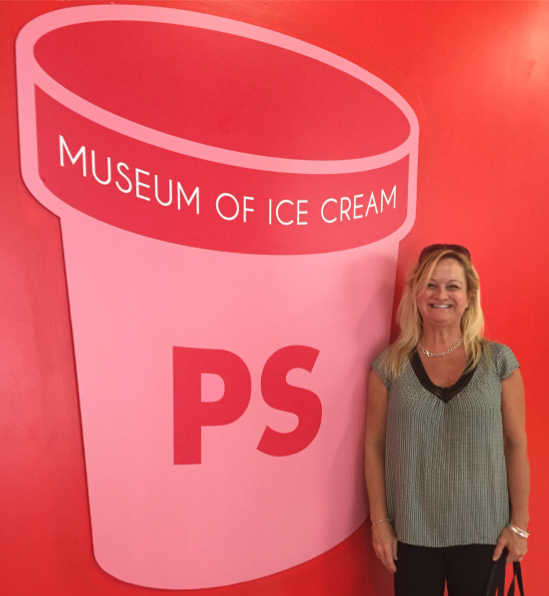 NEW YORK — As you approach the intersection of 14th Street and 10th Avenue in the Meatpacking District of New York City, you start to see pink. Then there’s lots of pink. The reds and yellows start to appear along with shades of blue and purple. It is not what one expects in lower Manhattan, a block away from the Hudson river, and once home to more than 250 slaughterhouse and packing plants.

Yet there it is. The Pint Shop, the most recent pop-up location of the Museum of Ice Cream (M.O.I.C.).

The Pint Shop, which opened its doors on June 6 and plans to close sometime in August, is an ice cream shop filled with banana yellow, cherry red and turquoise-colored aisles. Ice cream is the star of the store, which likely sells more ice cream-themed trinkets and accessories than pints of the frozen dessert.

There are seven flavors of ice cream, with a pint costing $4.99. Visitors may sample two for free. The line includes M.O.I.C.’s signature flavors, Piñata (vanilla ice cream with iced animal cookies, frosted cupcake bites, fizzy cotton candies and rainbow sprinkles) and Sprinkle Pool (vanilla ice cream loaded with rainbow sprinkles). The two flavors are direct references to experiences at the store, which made its first pop up experience in New York in 2016 and now includes an active location in San Francisco.

While the New York space is open for free to the public, with numerous paid-ticketed tasting and interactive sessions offered, the San Francisco location is mostly a ticketed experience. Here the one-hour museum tour includes tastings along with interactive exhibits. For example, there’s a life-size pint filled with nearly one hundred million sprinkles made out of antimicrobial plastics. Participants are allowed to take a plunge and a selfie. 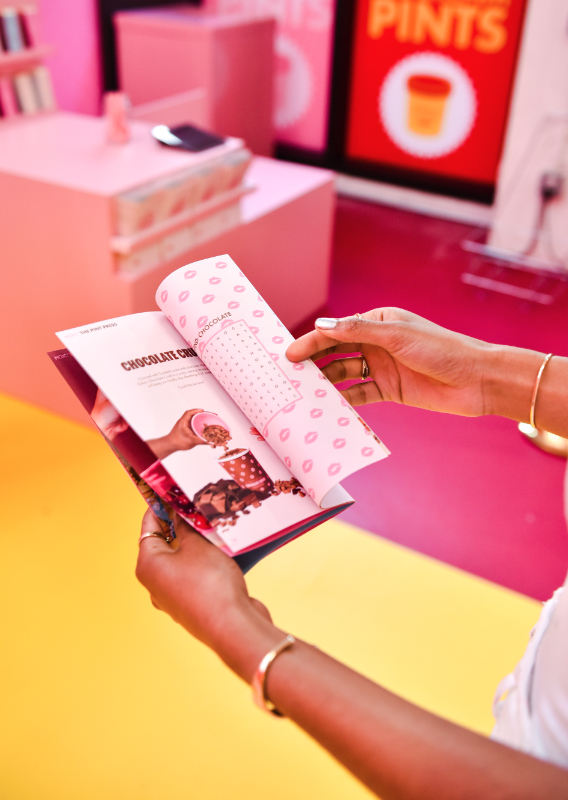 The other five flavors in the pint line are: Cherrylicious, Chocolate Crush, Churro, Nana Bread and Vanillionaire. The ice creams are all about the experience. They are designed to inspire. They boast no “free from” or “better-for-you claims” like so many ice cream products in today’s marketplace. Calories and fat grams are listed on packages, but largely ignored by visitors. The urgency to visit the limited-time event gives consumers permission to indulge.

“When we launched Museum of Ice Cream in 2016, we set forth to unite the world through imagination and creativity,” said Maryellis Bunn, founder and creative director. “I set out to create The Pint Shop as a place where you can curate your own experience to share in real life, and among your peers. The launch of The Pint Shop is a new experience under the umbrella of M.O.I.C., which celebrates the accessibility and democracy that ice cream brings.”

Over the past two years, M.O.I.C. also has had pop ups in Los Angeles and Miami. Consistently selling out with each iteration, the company has welcomed more than one million visitors around the world and over a billion social media impressions globally.

As of July 8, Target Corp., Minneapolis, became the first retailer to carry The Pint Shop ice creams, along with a children’s apparel collection. Both product lines will be available for a limited time.

“We want guests to experience a true sense of joy when they’re shopping at Target, and one way we do this is through partnerships we think they’ll love,” said Mark Tritton, executive vice-president and chief merchandising officer at Target. “When our team visited the first Museum of Ice Cream in New York City, they instantly knew it was something special.”