We use cookies to provide you with a better experience. By continuing to browse the site you are agreeing to our use of cookies in accordance with our Cookie Policy.
Skip To Content
Home » F.D.A. outlines strategy for review of standards of identity

F.D.A. outlines strategy for review of standards of identity

WASHINGTON — The Food and Drug Administration is undertaking a review of milk’s standard of identity. The initiative is being presented as an effort to protect public health and ensure consumers are clear about the differences between “milk” as it is defined by federal regulations and plant-based beverages that use milk in the product’s name.

“Food labels — including the name of food — inform consumers about what they’re buying, and standards of identity are used to ensure that foods have the characteristics expected by consumers,” said Scott Gottlieb, M.D., commissioner of the F.D.A., in a July 26 statement. “The information provided through food labeling must be truthful and not misleading. The consumer choices made based on this information can have important impacts on health.”

Dr. Gottlieb’s comments came the same day the F.D.A. held its Nutrition Innovation Strategy meeting in Rockville, Md. The meeting’s overarching goal is to take a fresh look at what may be done to reduce preventable death and disease related to poor nutrition.

“One area that needs greater clarity — and which has been the subject of much discussion of late — is the wide variety of plant-based foods that are being positioned in the marketplace as substitutes for standardized dairy products,” Dr. Gottlieb said. “Many of these plant-based foods use traditional dairy terms (e.g., milk, yogurt, cheese) in the name of the product.

“Food labels — including the name of food — inform consumers about what they’re buying, and standards of identity are used to ensure that foods have the characteristics expected by consumers.” — Scott Gottlieb, M.D., F.D.A.

“For instance, we’ve seen a proliferation of products made from soy, almond or rice calling themselves milk. However, these alternative products are not the food that has been standardized under the name ‘milk’ and which has been known to the American public as ‘milk’ long before the 1938 Federal Food, Drug, and Cosmetic Act (F.D.&C. Act) was established. In addition, some of these products can vary widely in their nutritional content — for instance in relation to inherent protein or in added vitamin content — when compared to traditional milk.”

The F.D.A. plans to look at the differences in relation to potential public health consequences, Dr. Gottlieb said.

“There are reports that indicate this issue needs examination,” he said. “For example, case reports show that feeding rice-based beverages to young children resulted in a disease called kwashiorkor, a form of severe protein malnutrition. There has also been a case report of a toddler being diagnosed with rickets, a disease caused by vitamin D deficiency, after parents used a soy-based alternative to cow’s milk.

“Because these dairy alternative products are often popularly referred to as ‘milk,’ we intend to look at whether parents may erroneously assume that plant-based beverages’ nutritional contents are similar to those of cow’s milk, despite the fact that some of these products contain only a fraction of the protein or other nutrients found in cow’s milk.” 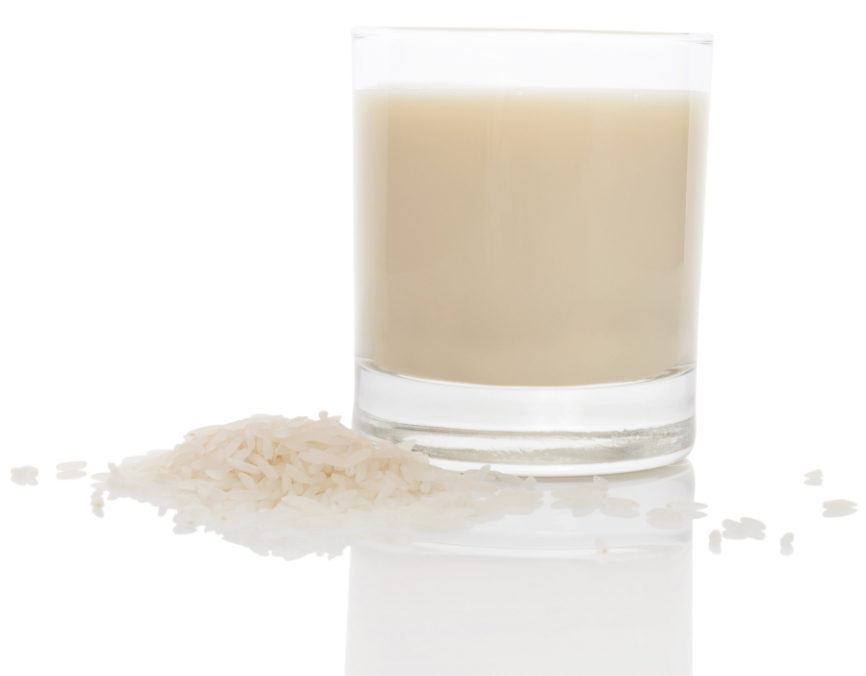 The agency is planning a two-prong approach in its review. The first will involve a public discussion of how consumers understand the use of terms like milk in both animal- and plant-based products. The agency also will be reviewing the nutritional characteristics and other differences between the product varieties.

“We also are actively looking at how we have been enforcing the F.D.&C. Act with respect to food names and our own standard of identity for milk and what it means when milk is qualified with words like almond or soy,” Dr. Gottlieb said. “We recognize that, as a regulatory agency, it’s not appropriate to unilaterally change our regulatory approach if we have a history of non-enforcement. We also need to closely consider the potential First Amendment issues related to the different uses of these terms.”

Dr. Gottlieb emphasized that while the standard of identity for milk has received the lion’s share of attention in recent weeks, there are nearly 300 separate standards in the F.D.A.’s regulations.

“We want to hear feedback on how the F.D.A. should assess whether a standard of identity reflects consumer expectations about that food,” he said. “We also want to hear about changes in food technology, nutritional science, fortification practices and marketing trends that we should be aware of when reviewing and updating these standards.

“We’ve heard concerns that these standards of identity can sometimes cause industry to avoid reformulating products to reduce things like fat or sodium content because of the limitations of these standards, so we want to hear about how modifications in our standards can facilitate the production of more healthful foods. We want to gather input from a wide range of stakeholders, and we encourage out-of-the-box ideas.”

The agency did not set a timetable for when it may complete its review.