We use cookies to provide you with a better experience. By continuing to browse the site you are agreeing to our use of cookies in accordance with our Cookie Policy.
Home » Sonic leadership in transition

OKLAHOMA CITY — Claudia San Pedro has been named chief executive officer of Sonic Corp. She will succeed J. Clifford Hudson, chairman and c.e.o., who plans to retire following the proposed acquisition of Sonic by Inspire Brands, the parent company of Arby's and Buffalo Wild Wings. Ms. San Pedro, currently president of Sonic, will report to Paul Brown, the c.e.o. of Inspire Brands.

“Only two men, Troy Smith and Cliff Hudson, have led Sonic through most of its 65 years,” said Leslie Smith Baugh, Mr. Smith’s daughter, who is still involved in the Sonic business through real estate. “My dad bought a small, walkup root beer stand in 1953 in Shawnee, Okla.; out of that Sonic was born with its canopies, speakers, carhops and, at the center of it all, franchisees. Cliff, while maintaining the values and traditions, took Sonic to a place of national recognition in the restaurant world. Both men were devoted to Sonic, and it took both of them for the company to be the success it is today. My dad would want me to thank Cliff for his years of service in making Sonic America's Drive-In.”

Ms. San Pedro became president of Sonic this past January and has held various leadership roles in her 12 years with the company. She joined Sonic in 2006 as treasurer and later was named vice-president of investor relations. In 2015, she was elevated to the role of chief financial officer. 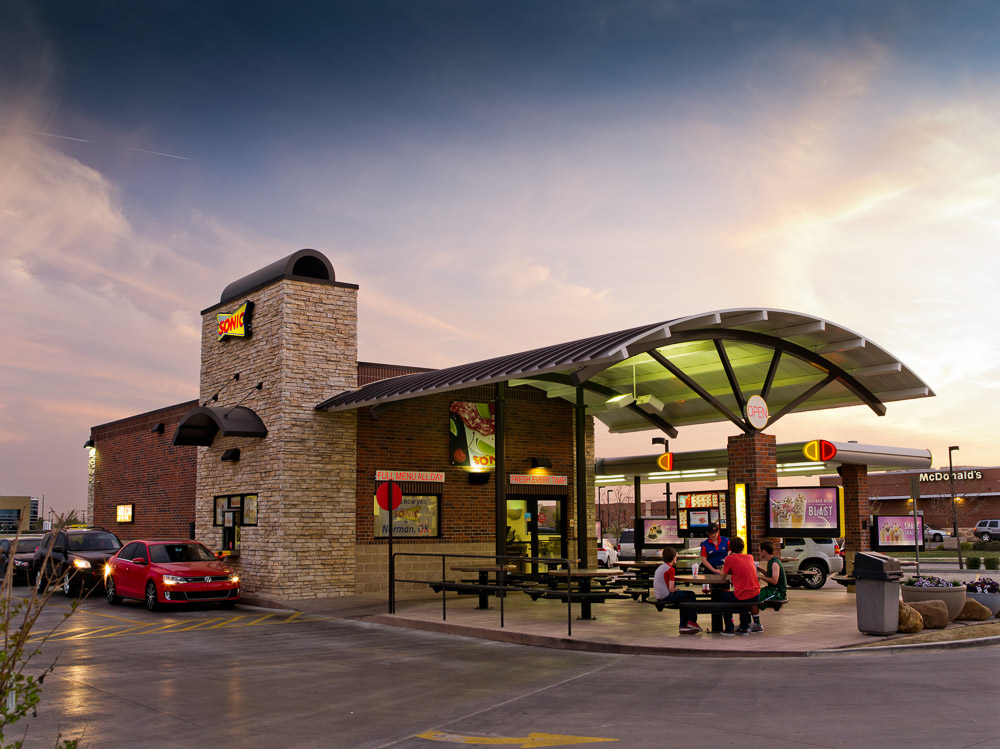 “Leading Sonic into its next chapter and continuing the great work of Cliff, our franchisees and company employees is an incredible honor,” Ms. San Pedro said. “Cliff has set an extraordinary example in driving innovation and long-term business performance, while also fostering a culture of collaboration and compassion. I am excited to work with both the Sonic and Inspire teams to build on our momentum and to continue delivering unparalleled experiences and innovative menu items to our valued guests.”

In September, Atlanta-based Inspire Brands, Inc. announced plans to acquire Sonic Corp. for $43.50 per share in cash in a transaction valued at approximately $2.3 billion, including the assumption of Sonic’s net debt.

The agreement was unanimously approved by Sonic’s board of directors and represents a premium of approximately 19% per share to Sonic’s closing stock price on Sept. 24 and a premium of approximately 21% to Sonic’s 30-day volume weighted average price.
Following the completion of the transaction, Sonic will be a privately-held subsidiary of Inspire Brands and continue to operate independently. The transaction is expected to close in December. Mr. Hudson will serve as a senior adviser to Sonic until next March.