KANSAS CITY — With the holiday season in full swing, turkey and ham processors are executing plans for their annual ramp up in production and are blasting through Thanksgiving with all eyes on finishing strong at Christmas. Hormel Foods Corp. and its subsidiary Jennie-O Turkey Store will produce hams and turkeys throughout the year and adjust as Thanksgiving and December holidays approach to meet demand. Butterball L.L.C. has developed its processes and added tooling to its plants to handle the holiday season on a schedule. When the increase in production starts depends on which items consumers demand during the peak season.

“Our production of frozen turkeys is fairly consistent December through October,” said Heather Carr, director of whole turkey sales for Jennie-O. “Late October through mid-November, Jennie-O production turns over to fresh turkeys and then the plant runs through the weekend to fill the fresh demand.” 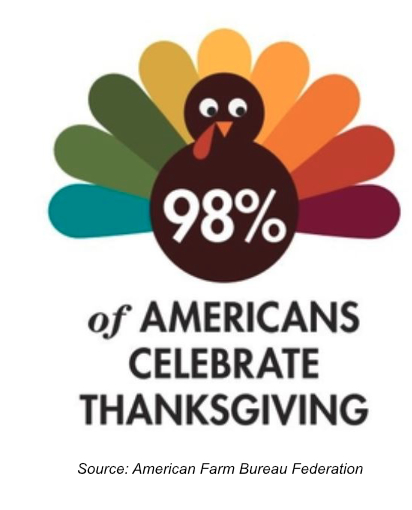 Except for added weekend shifts during the busiest times right before Thanksgiving, the production schedule has remained fairly consistent throughout the years, Ms. Carr said. Hormel focuses on ham production and doesn’t change production for the holidays.

“Hormel Foods produces hams year-round primarily under the Cure 81 brand,” said Stephanie Postma, brand manager for meat products marketing at Hormel. “This has always been the case to ensure we can meet the demand for the holiday season.”

Although the orders increase during the holiday season, Jennie-O typically keeps any additional labor and staff needed in house by making adjustments within the plant. The company uses the same process to screen its suppliers and doesn’t bring on any additional suppliers to meet holiday demands. It’s the same for transportation and storage.

“We are prepared with out-front transportation booking," Ms. Carr said. "Jennie-O utilizes the same carrier base year-round, including the holidays, so we have partners that understand and are invested in Jennie-O. We also work with the same storage facility partners throughout the year, so they are invested in the business. As frozen loads ship out to storage, those same facilities are used to help store the fresh product by turning freezers in to coolers.”

Butterball prepares for the peak season with a comprehensive scheduling and planning system. The planning allows Butterball to meet demand without the need of extra staffing or suppliers once the orders start to increase.

“Our material suppliers, transportation and storage providers are part of the team planning sessions that are executed over a year in advance,” said Tim Scanlan, vice-president of operations at Butterball. “By using this holistic team approach that brings all key players to the table, we are able to secure materials and services far in advance of the peak season.”

Turkey traditionally plays the starring role for Thanksgiving meals. Even for smaller parties when a fresh whole turkey would overwhelm the table, turkey remains the go-to center plate item. 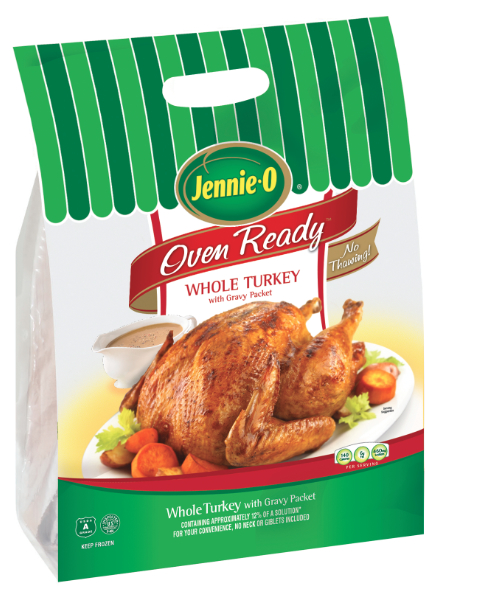 “We have the flexibility in our plants to meet changing demands and introduce new product lines to match – therefore our plants are capable of producing a variety of products during peak season,” Mr. Scanlan said. “For consumers seeking alternatives, we recently launched new all-natural offerings – which follow the U.S.D.A.’s stipulations for ‘natural’ products and are minimally processed, have no artificial ingredients, no hormones or steroids, and no nitrates or nitrites.”

Jennie-O offers consumers multiple turkey options to both replace or go along with the center of the table whole, fresh turkey. Whether additions or alternatives, turkey is still the main attraction. However, fresh turkey fills production capacity during the holidays, so frozen items are produced around fresh demand.

For convenience, consumers are also shifting to Jennie-O’s oven-ready whole turkeys, she added. The product is pre-seasoned and ready to go into the oven from the freezer in minutes without the need to thaw.

Hormel agrees turkey is the main protein during Thanksgiving, but not throughout the season.

“Hormel Foods has gathered interesting consumer insights from an ethnography study on this topic,” Ms. Postma said. “During Thanksgiving, turkey is the meal icon, but during the holidays, the spotlight is shared with ham and turkey. During Easter, ham is the icon, so depending on the holiday, we see differences in the role of ham and turkey as part of that special meal.” 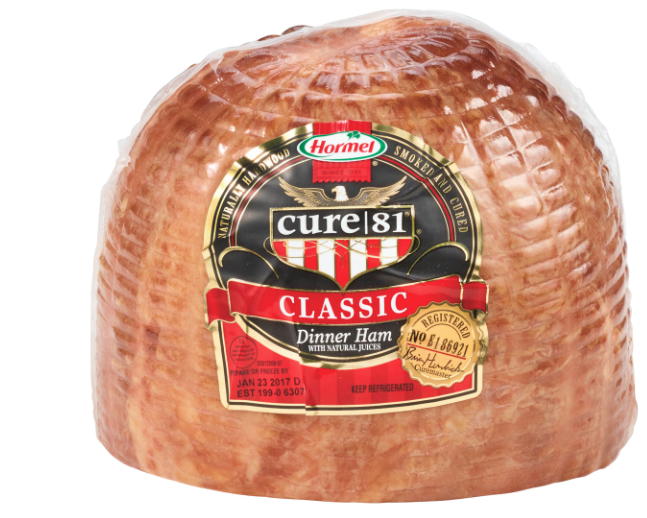 “One shift with consumers we have seen in dinner hams over time is a shift to a bone-in spiral ham as the star of the meal," she said. "We have some retailer partners that do very well with Cure 81 boneless hams during the holidays, too."

“The demand for whole turkeys at Christmas has remained steady over the years,” Ms. Welch said. “Christmas, like Thanksgiving, is a traditional holiday and traditions are typically slow to change, though there are many families who enjoy Butterball turkeys for Thanksgiving, Christmas and other holidays, as well.”